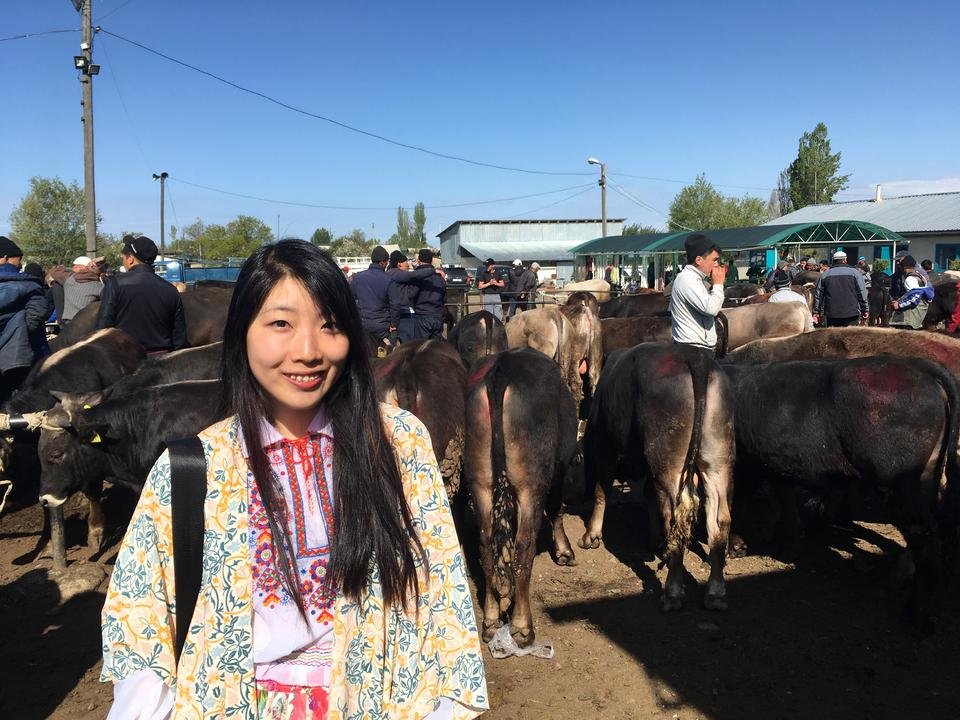 When I heard about the animal market, I felt it must be an interesting thing to see. In Kyrgyzstan there is a saying that its people are born on a horse. As the boy from the shepherd family, with whom I stayed near the Kyrgyz-China border, told me, ever since he had memory, he has always remembered riding a horse.

There are still quite a few shepherds living in Kyrgyz highlands, but most of the shepherds live a nomadic lifestyle: they take their animals to the high lands in the summer months only. For them, every once in a while, they gather in the city to trade their animals.

The animal market in Kyrgyzstan is truly a authentic and unique experience for me. Surrounded by mountains and grasslands, a lot of farmers and shepherd live nearby. That makes the meat and milk product in Karakol region cheap and of great quality. Karakol’s weekly animal market is also among the biggest ones in the country.

The animal market is held every Sunday morning. I could already hear a lot of noise from the trucks driving by early morning from the yurt I stay. I also decided not to stay in bed too long because by 10 o’clock it was already packed. The market is huge, with different areas for different animals, mainly sheep, horses, cattle. It was great atmosphere to see local shepherds’ life, with beautiful mountains in the background. Certainly something unusual (for me at least) to see althought it is so common here in Kyrgyzstan.

I didn’t go there early enough, but at 9am there were still some activities and tradings going on. If you go as early as 7am, more traders and activities can be seen. *From Karakol it was only a short taxi ride which costs only 70 Som (~ 0.8€) * For today’s price a decent horse costs about 650$ if you consider buying one as your transport in Kyrgyzstan. It’s a bargain. You can test-ride it if you want 🙂 It was interesting to see how animals refused to get back on the truck and how farmers had to push and pull them to get in.

Kyrgyz farmers were super friendly to foreign visitors. I always feel a but awkward to take pictures of them or even ask permits, even though I only use my phone to make photos. Kyrgyz people don’t seem to mind though, funny thing is that sometimes when I try to catch some quick shots of them, they stretch their hands, I always thought it must mean no photos please, but in fact they were simply waving at me. Something nice about travelling in a still unexplored spot.