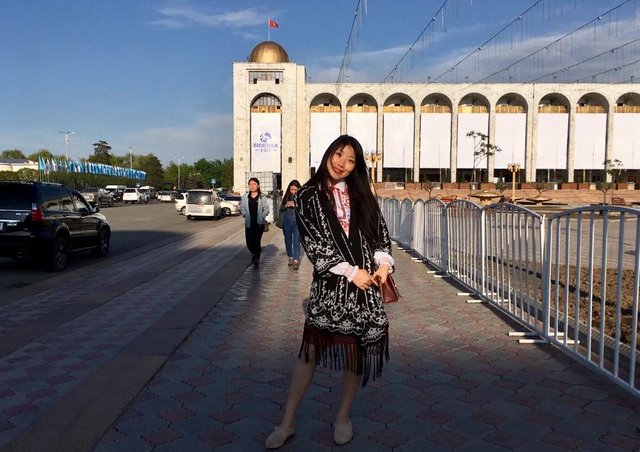 For me I also didn’t know what to expect. To be honest, Central Asia attracts me more for its scenery than the cities. The cities leave me a sort of Soviet Union communist styled pile of statues and dull squares feeling. Haha but I know I shouldn’t let this preconceived notion affect my exploration of this city. This is how a random appartment building looks like and you find those everywhere. A vender at Osh Bazaar, she seems to be thinking about something deep. I haven’t looked up how big portion the Muslim population is, but a lot of young girls wear quite modern clothes, I saw some short skirts. Doesn’t seem to me as a very and strict religious place. Remember the drink I tried last night? I can found them every corner in the street and today I tried another one of these 3 colors - Kbac Kbac tastes like a sweet non-alcoholic beer. I liked it. Bishkek is a green city, full of parks and people like to hang out in the park. Riding this bike with kids seems to be a popular activity to do. Bishkek isn’t that big, it’s pretty walkable everywhere you go in the center. For the biggest market Osh Bazaar you need to take a taxi. In Kyrgyz cities, there is an app called namba taxi, easy to use and cheap (less than 1€ for a ride) although the drivers like to call you while talking in Kyrgyz or Russian. Kyrgyz is a language that emsembles Turkish, which does not really matter because for me both languages sound like Greek.

Locals don’t speak much English, which isn’t a big problem either as the sim card works so I can always google translate when necessary. Some people speak local languages to me though, I think I can be a Central Asian girl 🙂 The weather has been warm but not too warm. I bought a vest from Osh Bazaar and tried a nice pumpkin and bean soup there too. Food is cheap here, a meal in a random restaurant costs no more than €3, for a nicer restaurant also less than €10 with drink and everything. Having a great time in Bishkek. I guess it means welcome, or isn’t it? 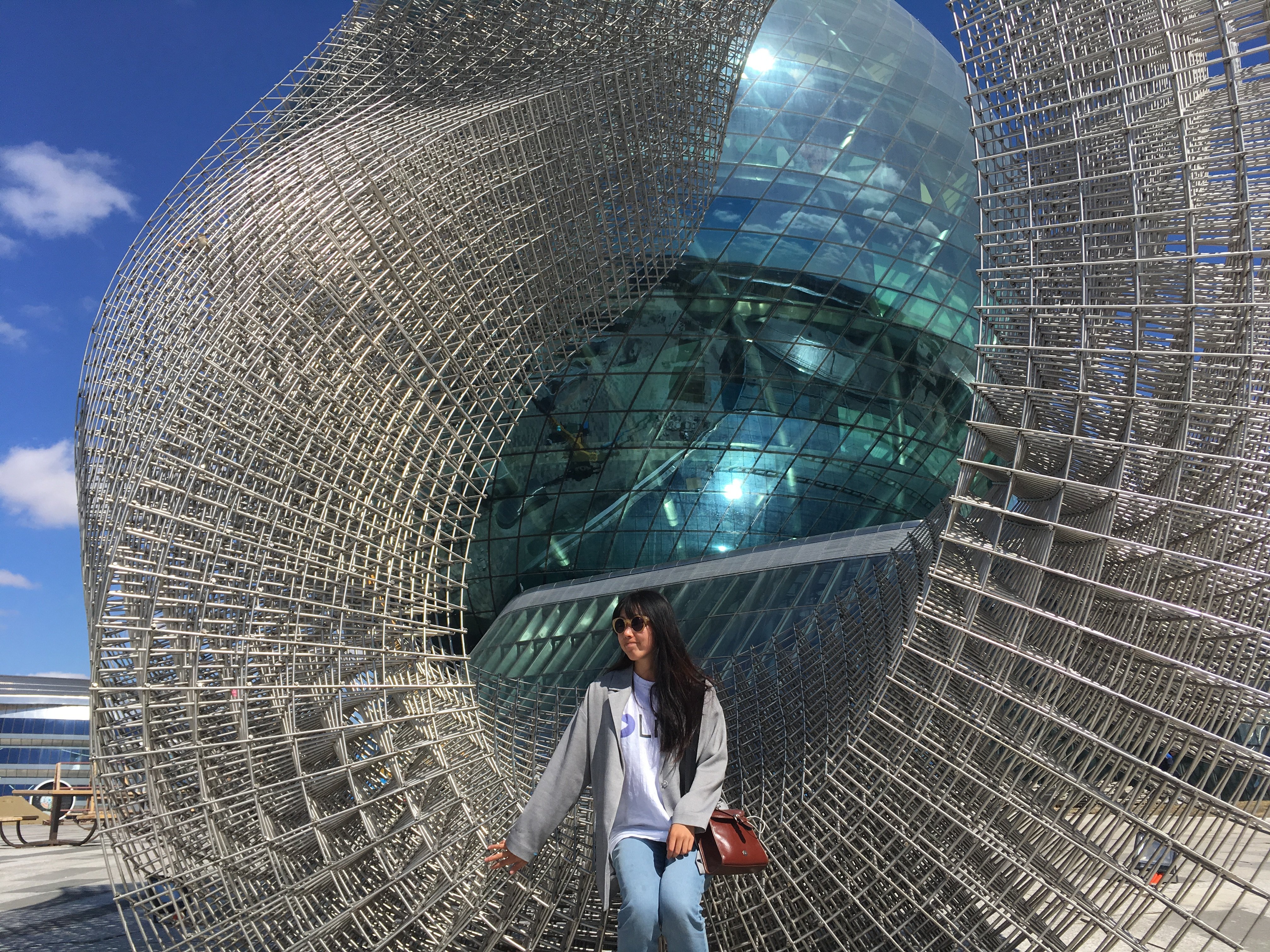