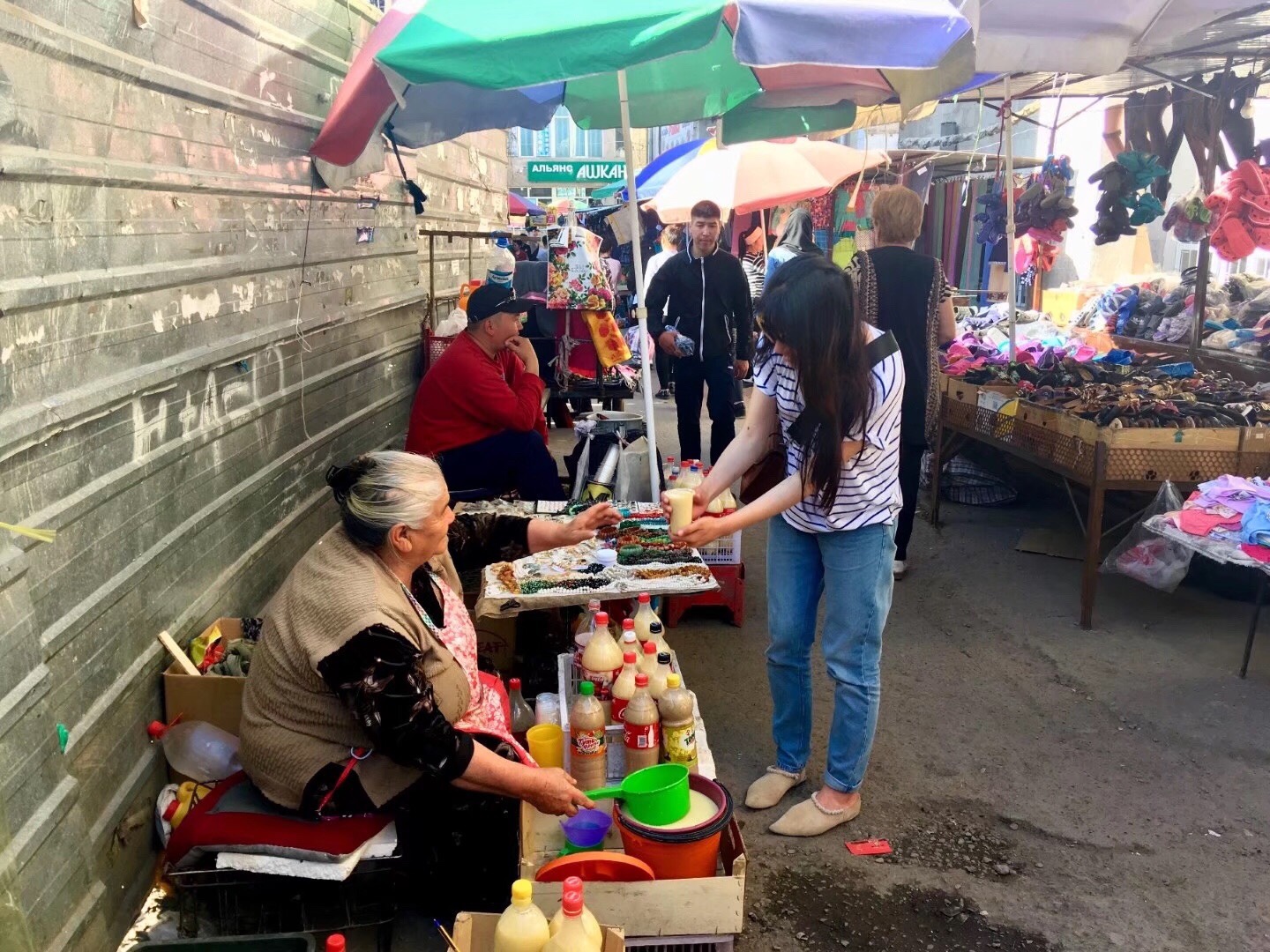 Osh Bazaar is the biggest market in Bishkek. It isn't far from the major bus station in Bishkek. It is named after Osh, an important old city along the ancient Silk Road. Osh itself is big "bazaar city", my visit to Osh Bazaar in Bishkek was before I went to Osh. It was my first day in Kyrgyzstan so I was so excited to try everything and everything seems so interesting to me, the beautiful Kyrgyz bread, the salty yogurt balls, the Samsa, the local dishes, etc.

Samsa is basically a meat pastry, popular in whole Central Asia, extended in West China as well, I remembered eating it in Urumqi 6 years back. It brings memory back. 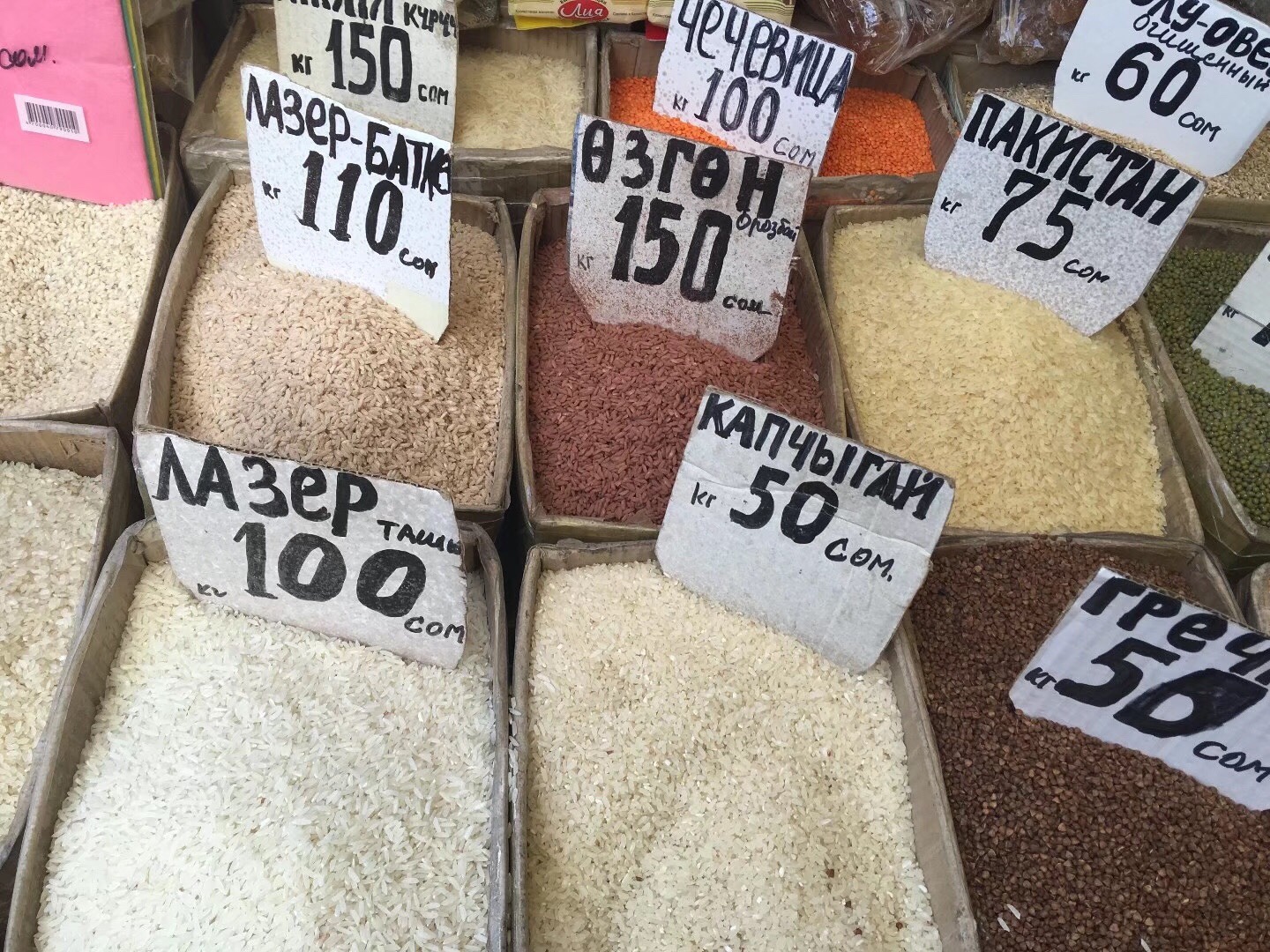