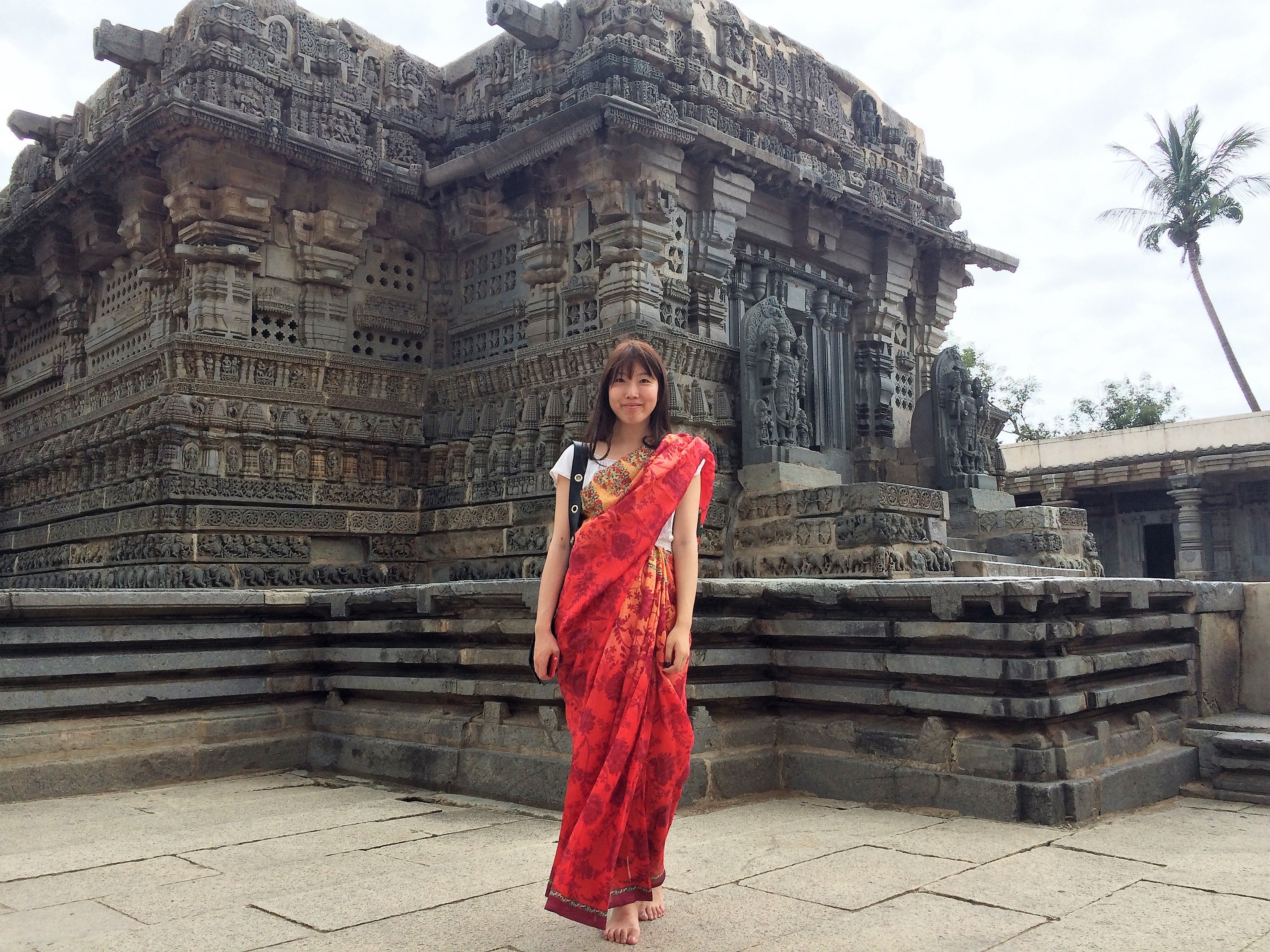 Rich in history and culture, India has so many various architecture. The Channakeshava temple is one of the best Hoysalan Temples I have visited in South India. It’s located 35 km from Mysuru.

After seeing the pictures of this intricate architectural glory, I put it as the number one must-visit spot in my South India bucket list. I stayed in Bangalore for a couple of day so I thought of making a day trip to the temple. In India, although there is a complete train network but it wasn’t easy to plan your trip especially when you have limited time, because you never know whether the train would be on time.

I’ve made a post on Stackexchange website for the possibility to do a day trip to the temple from Bangalore. 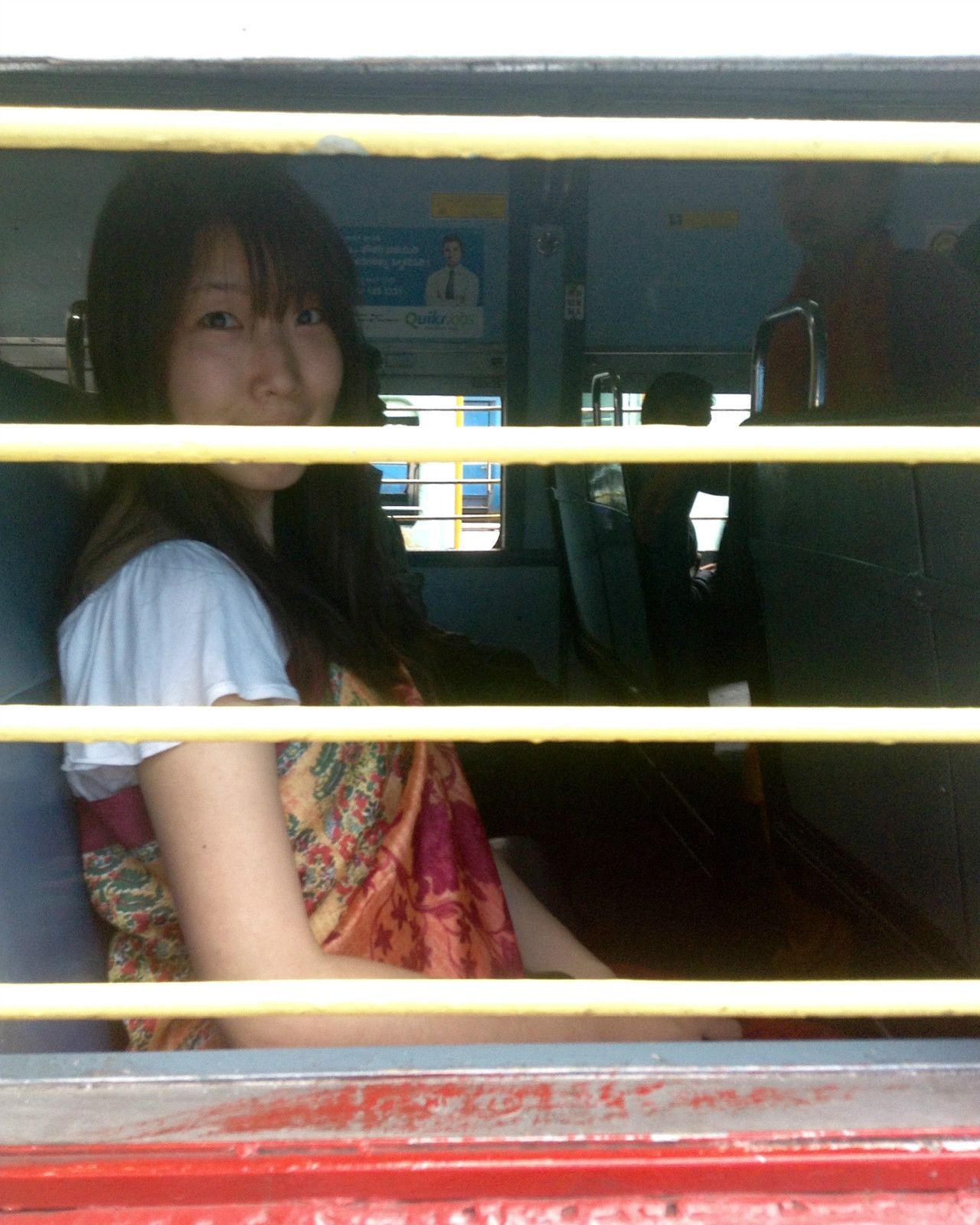 Took a train to Mandya from ERN station in Bangalore (there are two train stations in Bangalore, I first went to the wrong one…) at around 9.

The train arrived at 11:30 with around 30 minutes delay, which isn’t uncommon in India. Then from Mandya city I took a direct public bus to Somnathpur, which arrived at around 13:40. From the temple there were regular buses to Bannur, from where it was easy to jump on a bus back to Mysuru.

Went back from Mysuru to Bangalore the same day by bus, but Mysuru is definitely worth staying a bit longer. It was beautiful by night. It has an amazing palace and gardens. It’s also a famous city for yoga training courses. 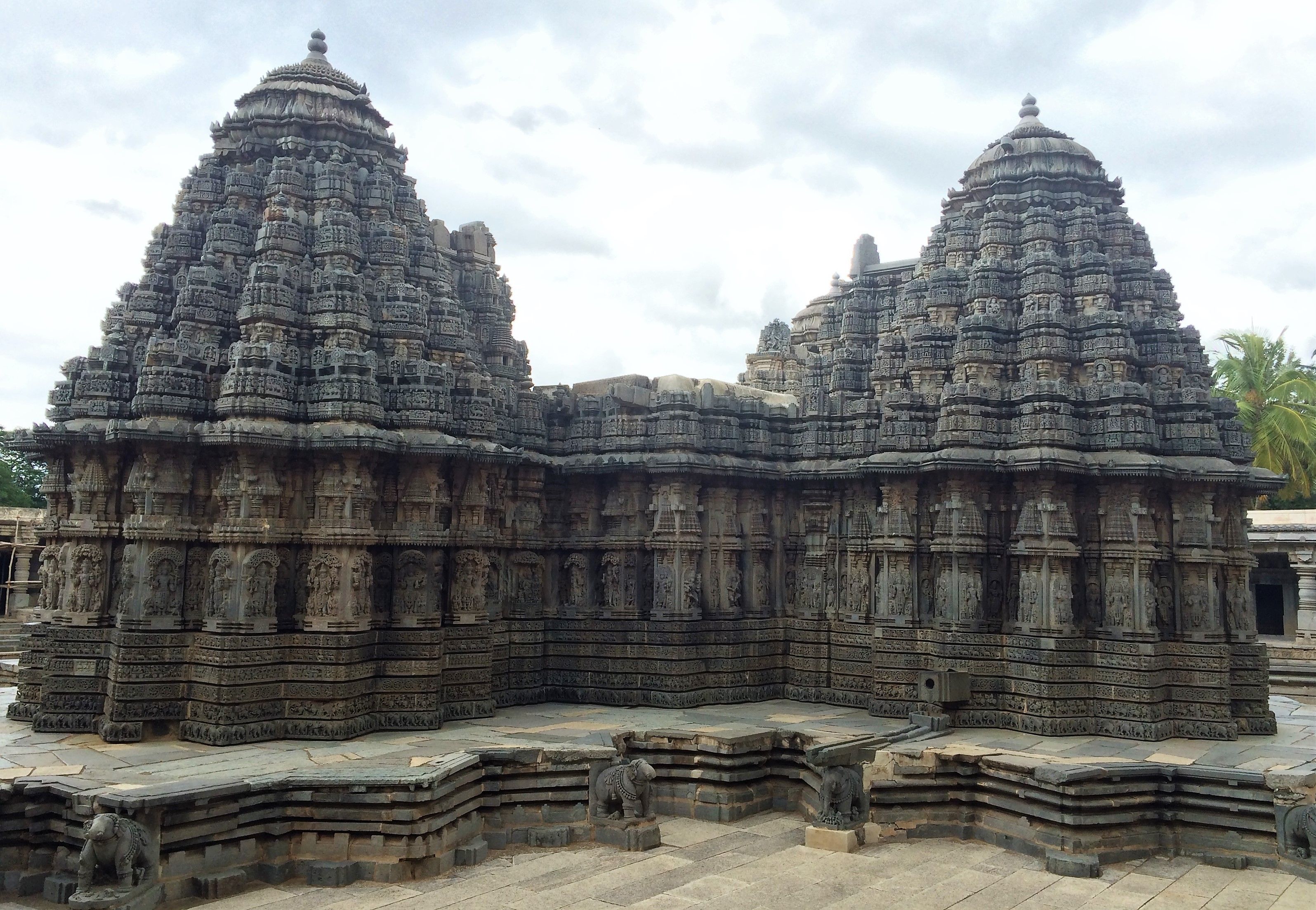 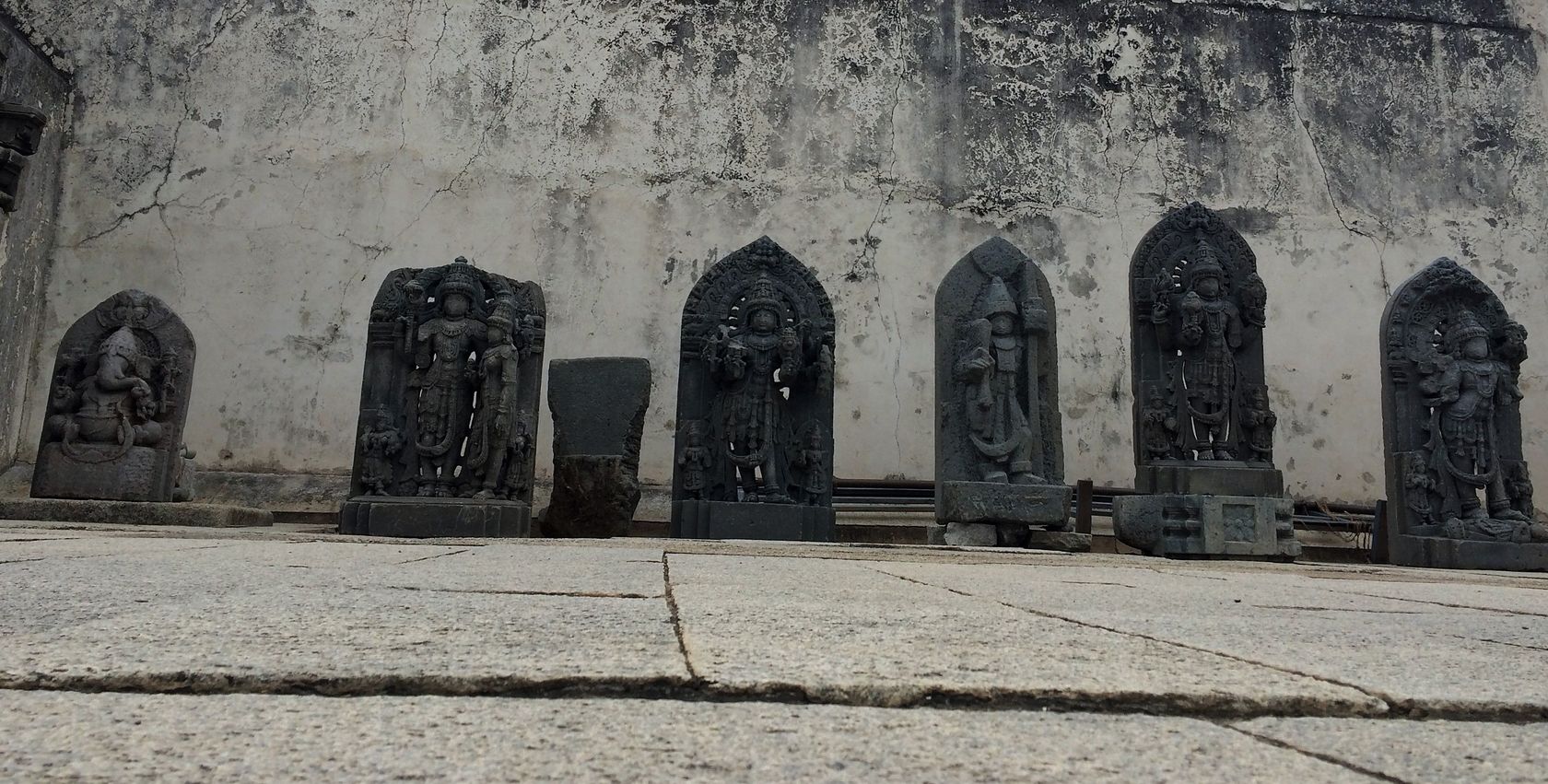 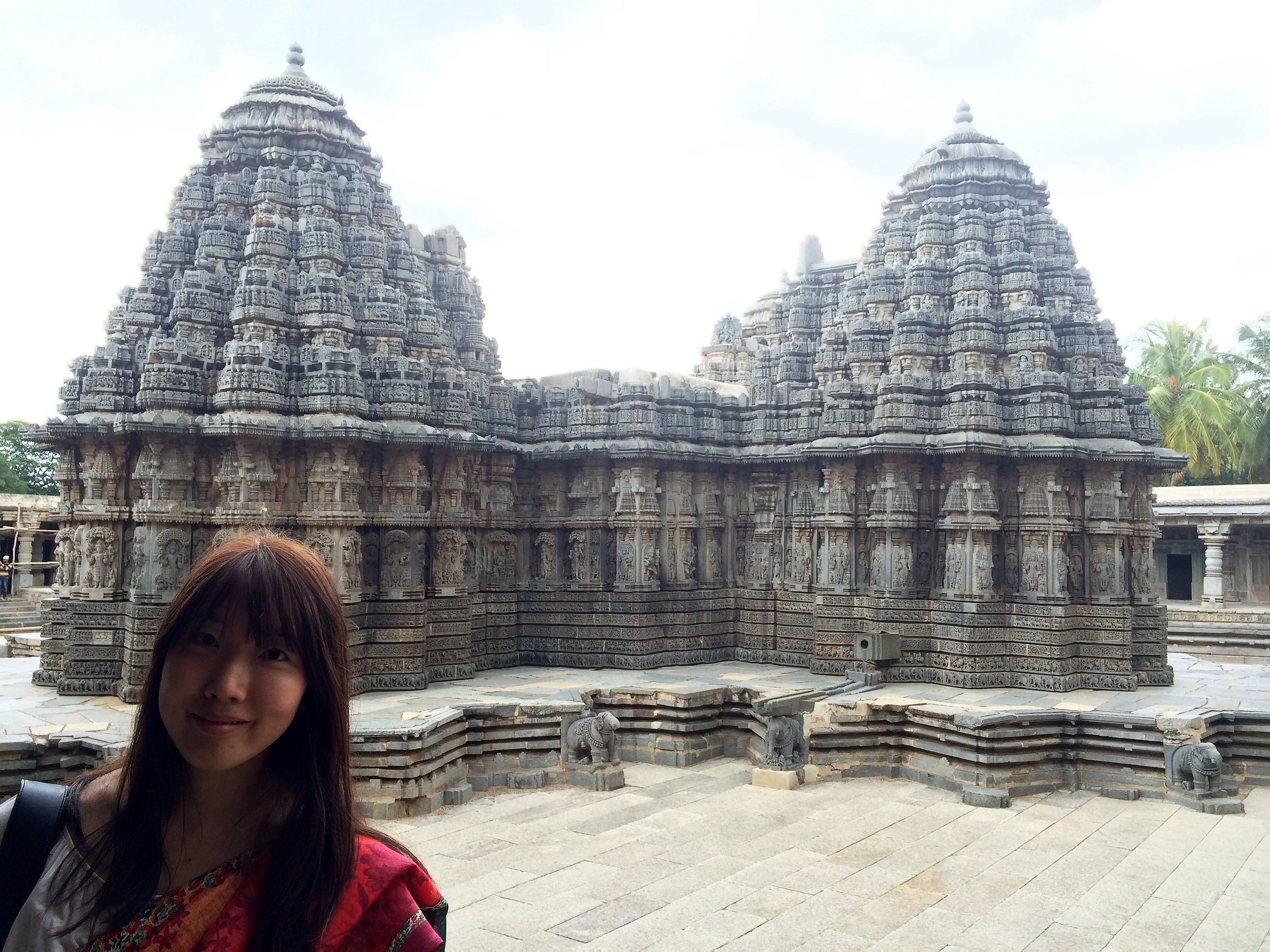 Chennakesava temple was built by Hoysala Kings. It is one of the best maintained Hoysala dynasty archaeological sites, together with the more famous Hampi, it is listed in the best archaeological sites of South India. Look at how neatly preserved it is, can you believe it has more than 900 years history?

I could clearly see all the detailed sculptures. I guess the temple was somehow underrated by tourists, it was calm, peaceful and spiritual. There were only a couple of Indian families visiting except for me. They were amazed by my saree. 😀 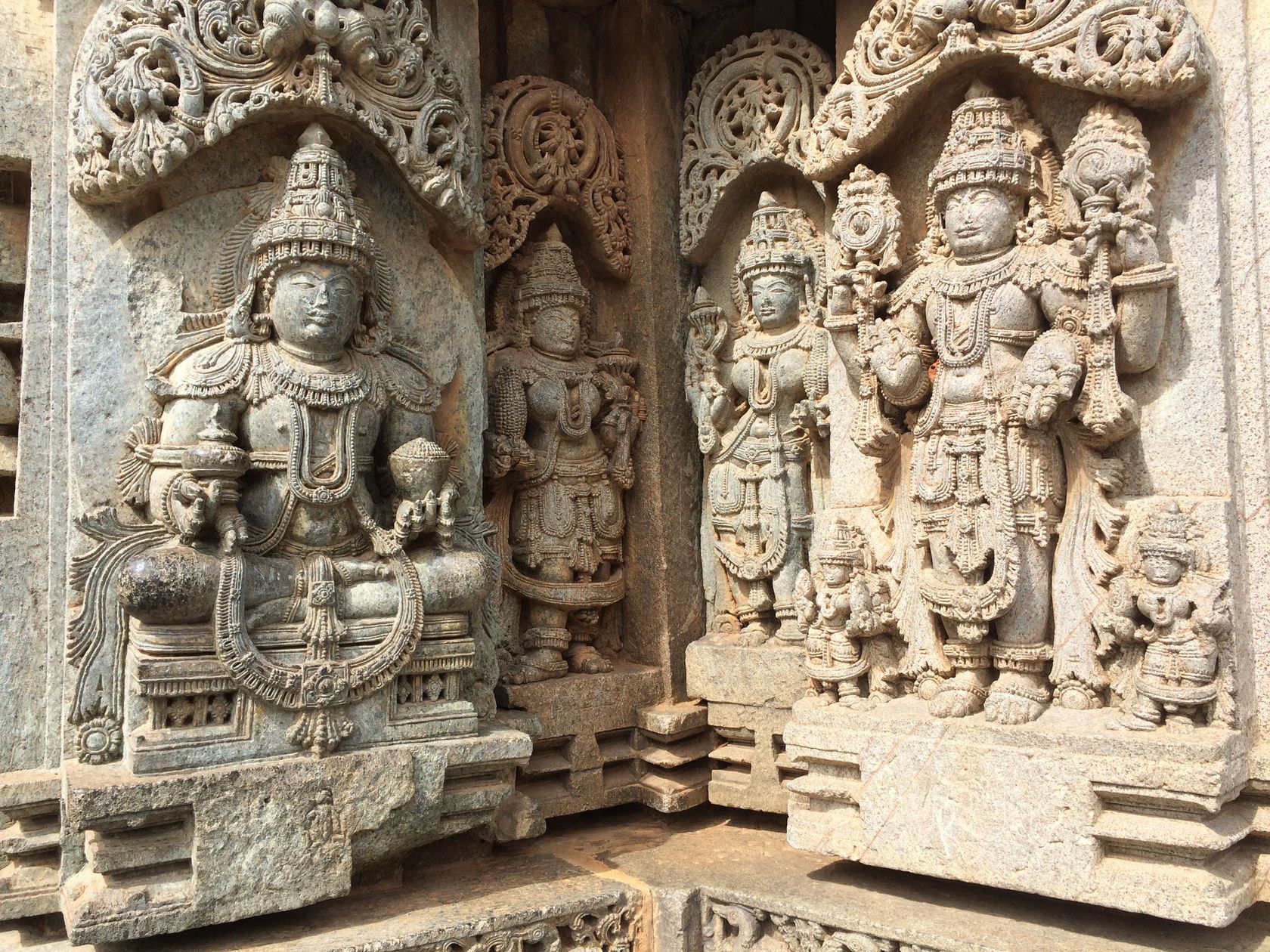 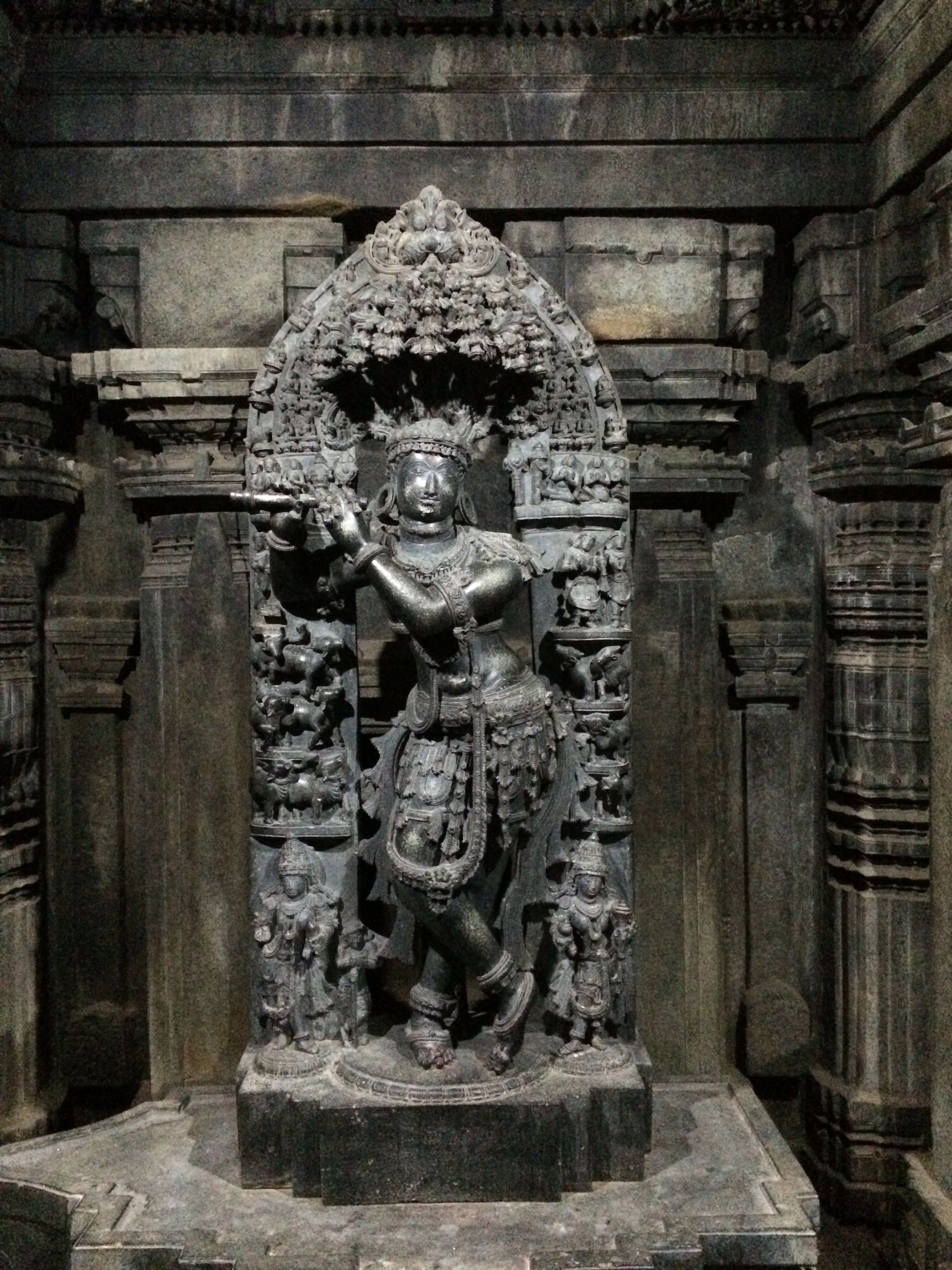 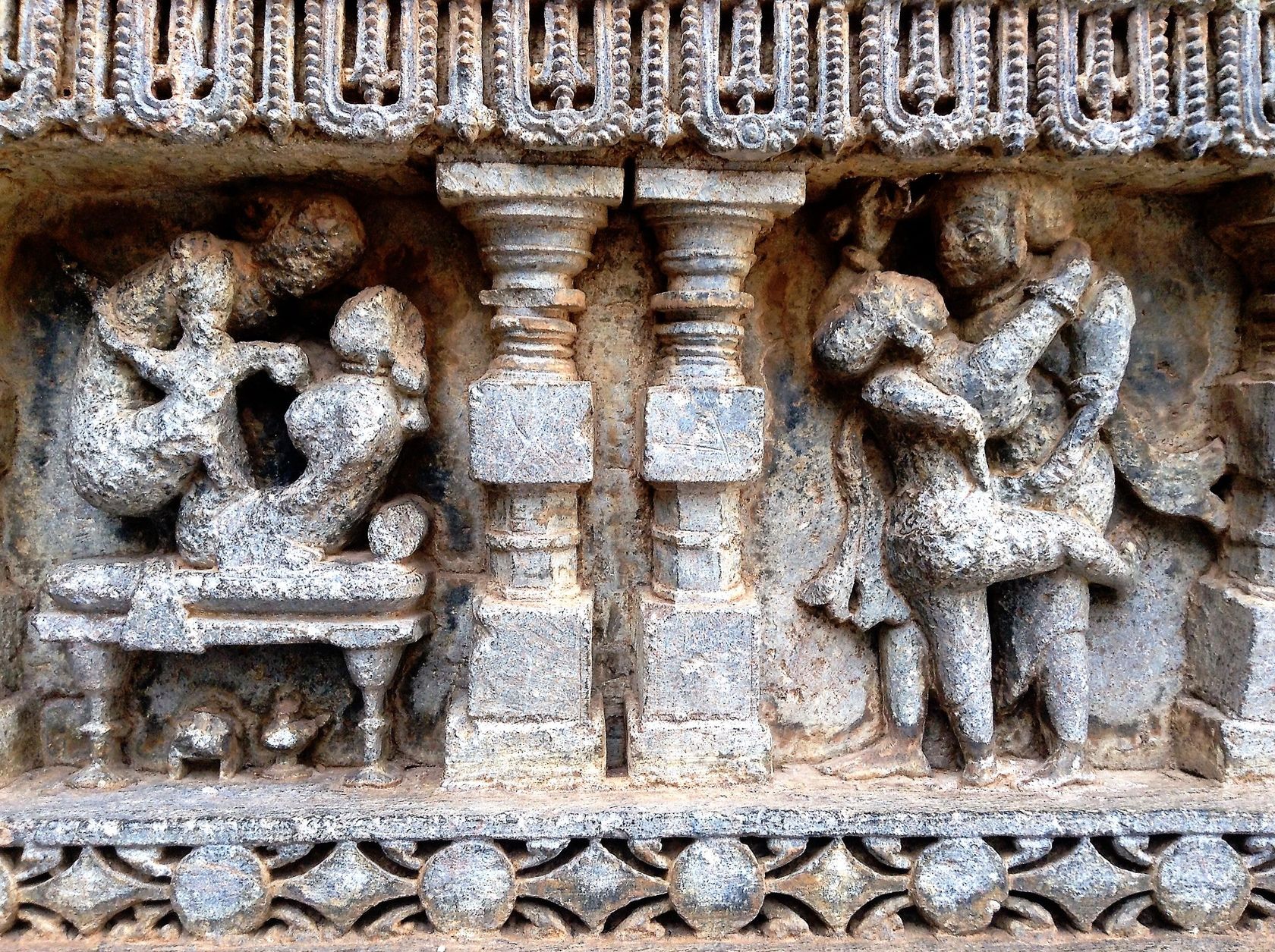 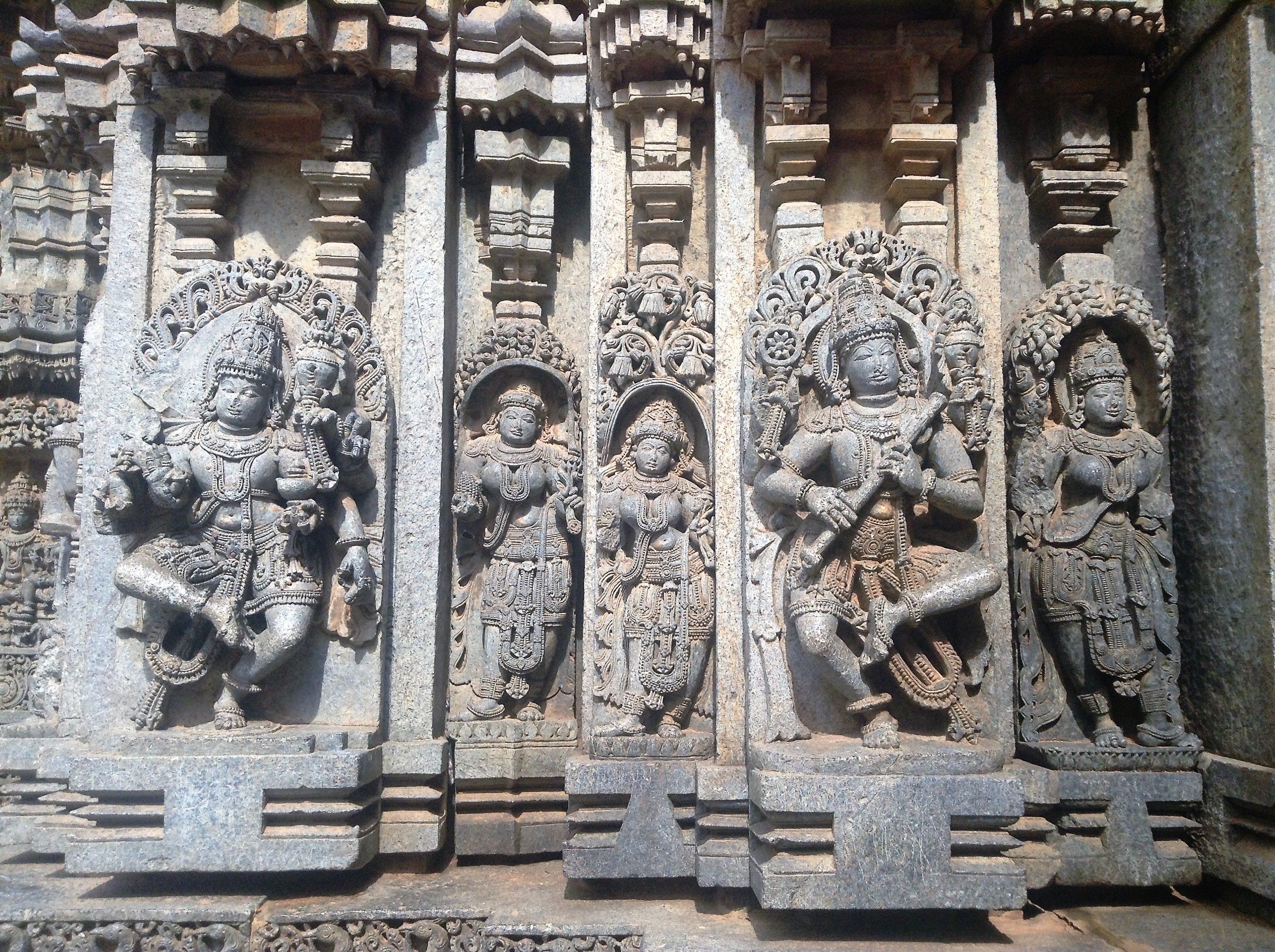 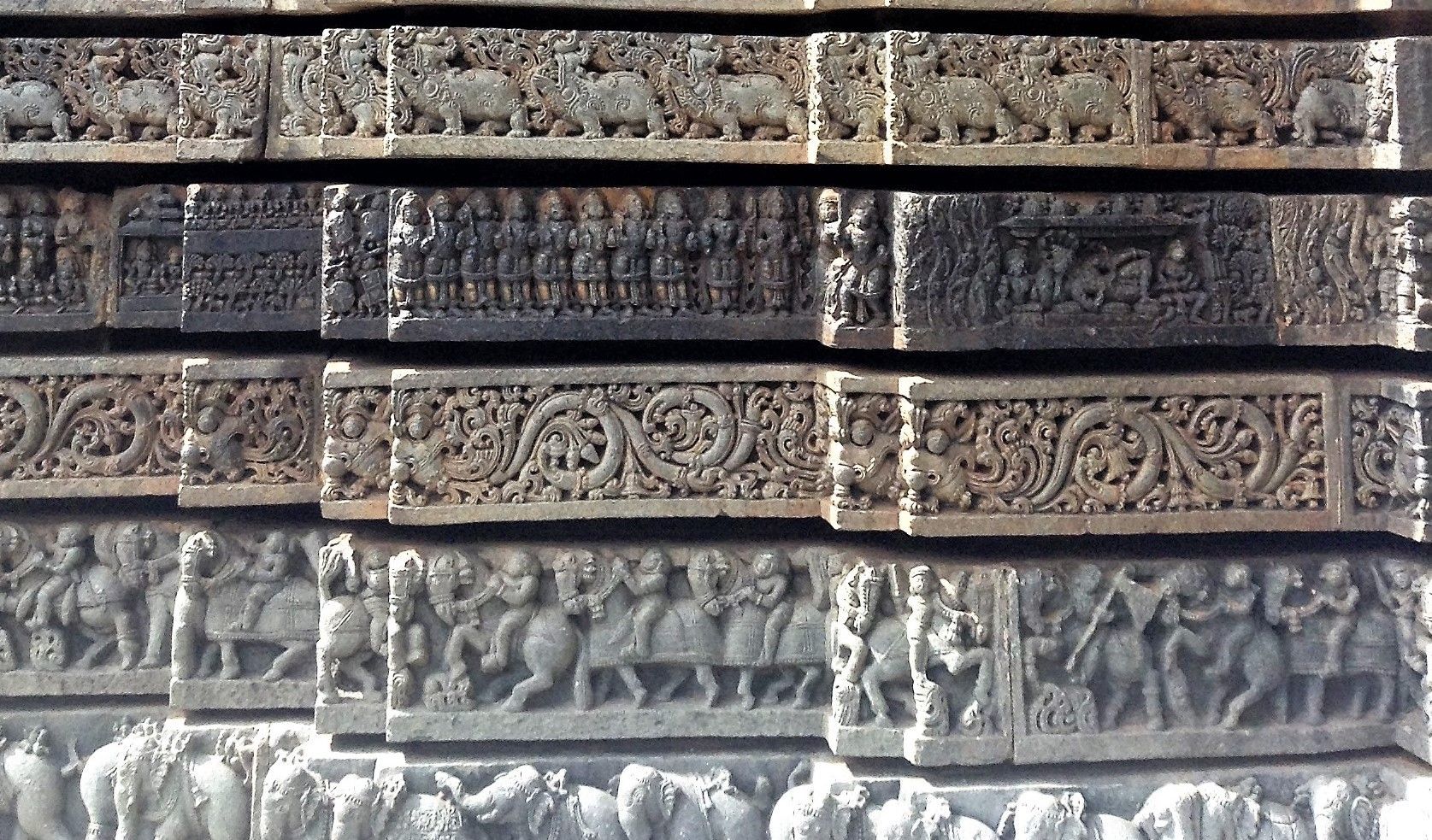 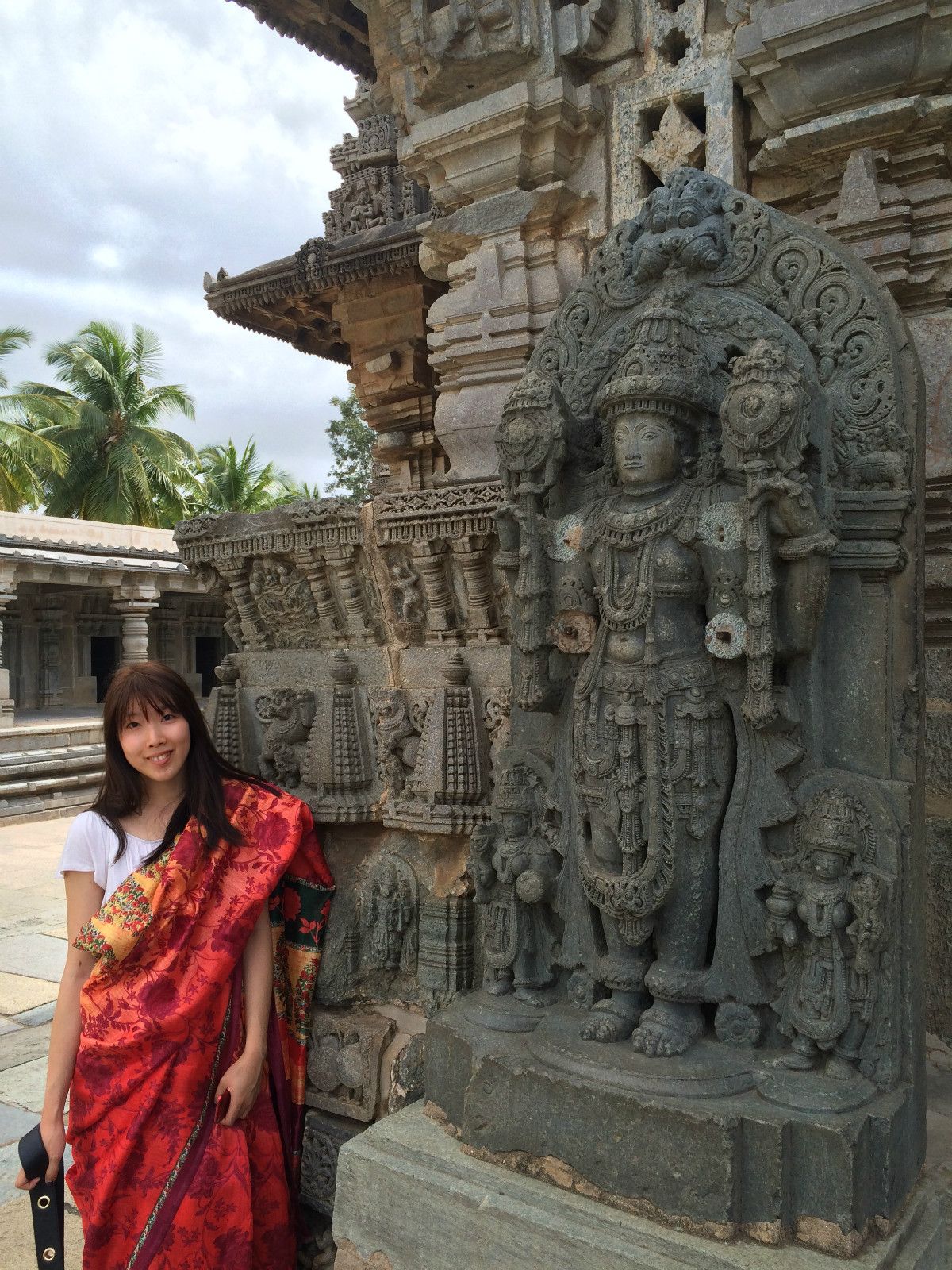 Both on the outside and inside of the temple you can see many characters of the Indian mythology, sculpted in stone. They depict various Vishnu Avtars, Gods and Goddesses, Battle scenes etc. I could watch these interesting sculptured stories for the whole afternoon. 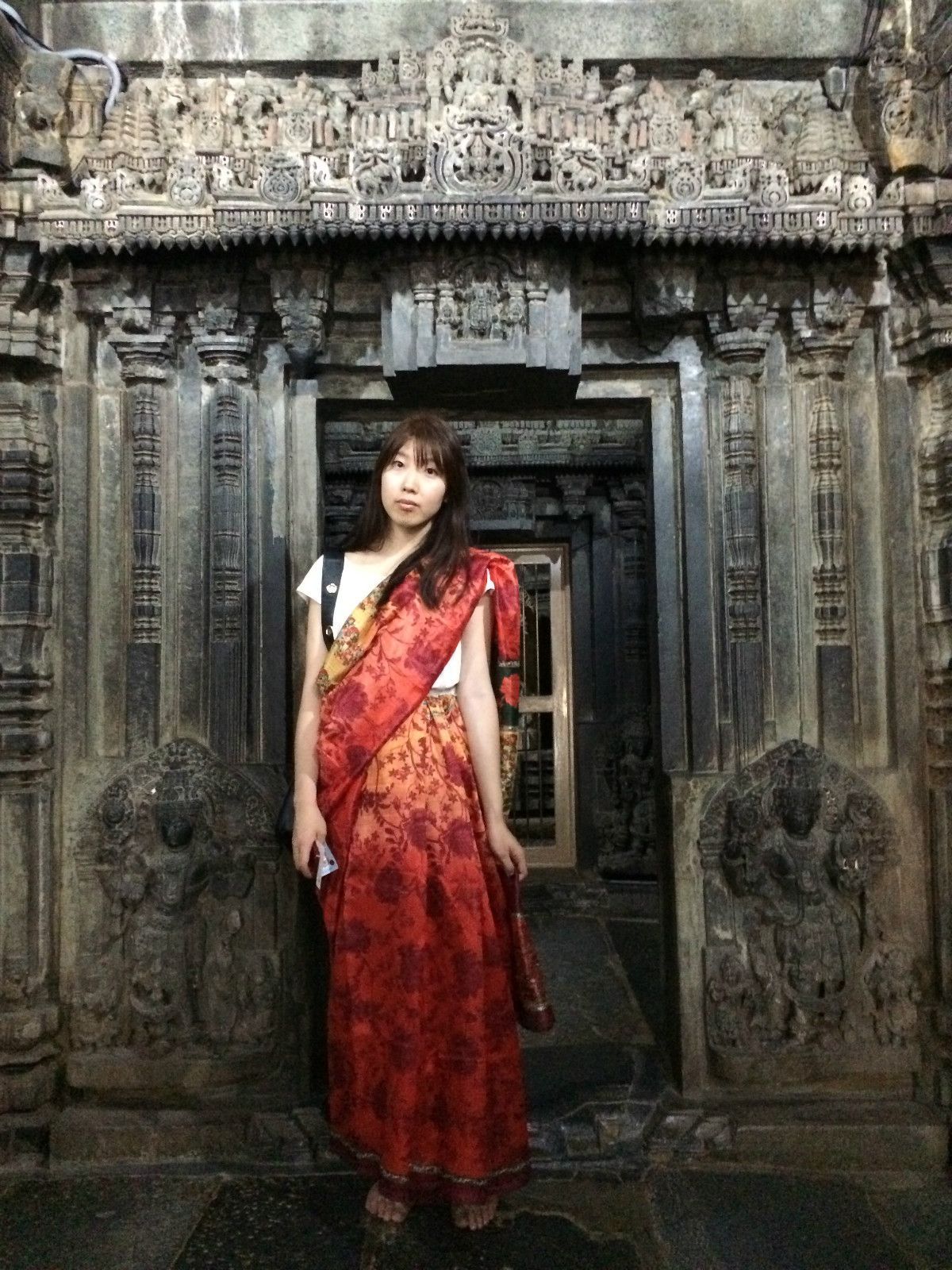 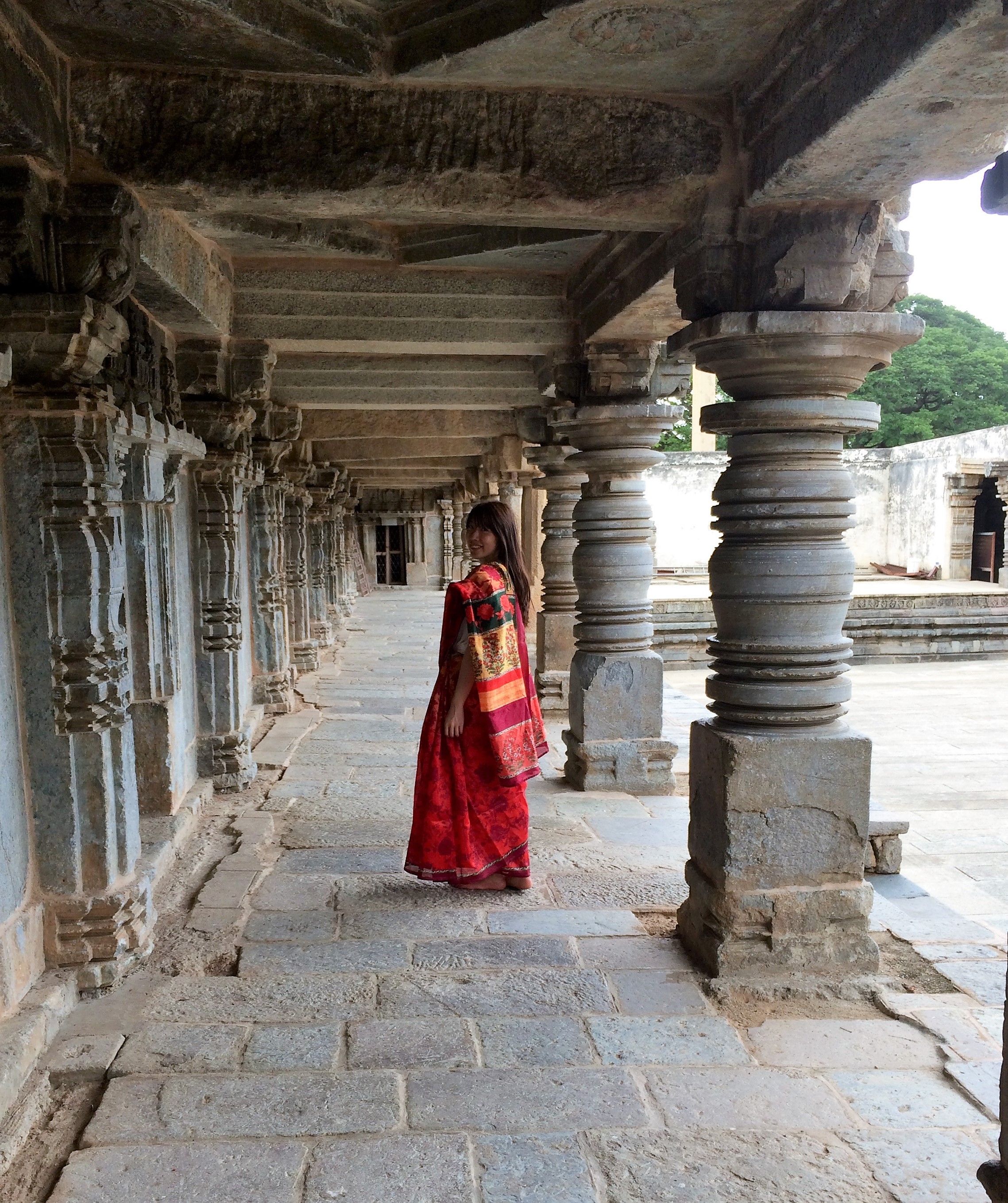 We did it in one day. We took a train to Mandya from ERN at around 9. It arrived at 11:30 (it took longer due to the delay) Then from Mandya city we took a direct public bus to Somnathpur. We arrived at around 1:40. Then from the temple we took first a bus to Bannur then from there it was easy to jump on a bus to Mysore. We only did the palace in Mysore and then take a train at 6-ish and arrive at 9-ish in Bangalore. In Bangalore we still went to the night food street.

It was quite a day but easier than we tought. For the same we also did a day trip from Kochi to Kottayam, did a backwater public boat to Alleppey then took a bus bck to Kochi from Alleppey.