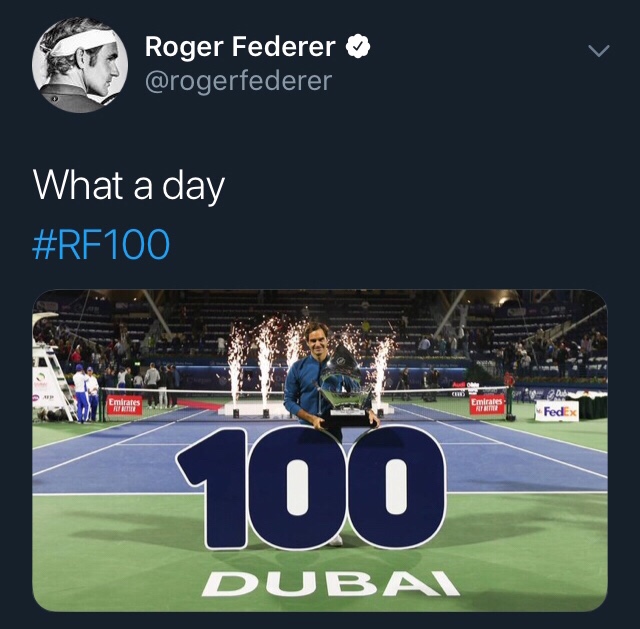 This is unbelivable. I used to be and now still am Federer's fan, went watching his match live a couple of times even ^^

That was many years ago though, during his prime, I think the last time I remembered his title number was 66 or something like that, after that I stopped following tennis tournaments so closely.

But this was awesome! 100 career titles! GOAT no doubt!!!

The other day Federer also announced that this year he will play CLAY court, what a surprise! It's been a while, last year during the Roland Garros, I happened to be in Paris, but didn't get the ticket, but this year I will try harder to get one. I doubt if Federer will make it to the second week in RG though, so I will probably already get a ticket for the first week! But who knows, maybe miracle happens and Federer will win Roland Garros after 10 years! Let's see.

Could it be his last year playing that he's playing clay? Or just he feels he's in good condition? I'm not sure. But this 100th title certainly brings a lot of confidence, especially when ranking dropped after that 4th round lose in Australian Open!

Any Federer fans on Steem!