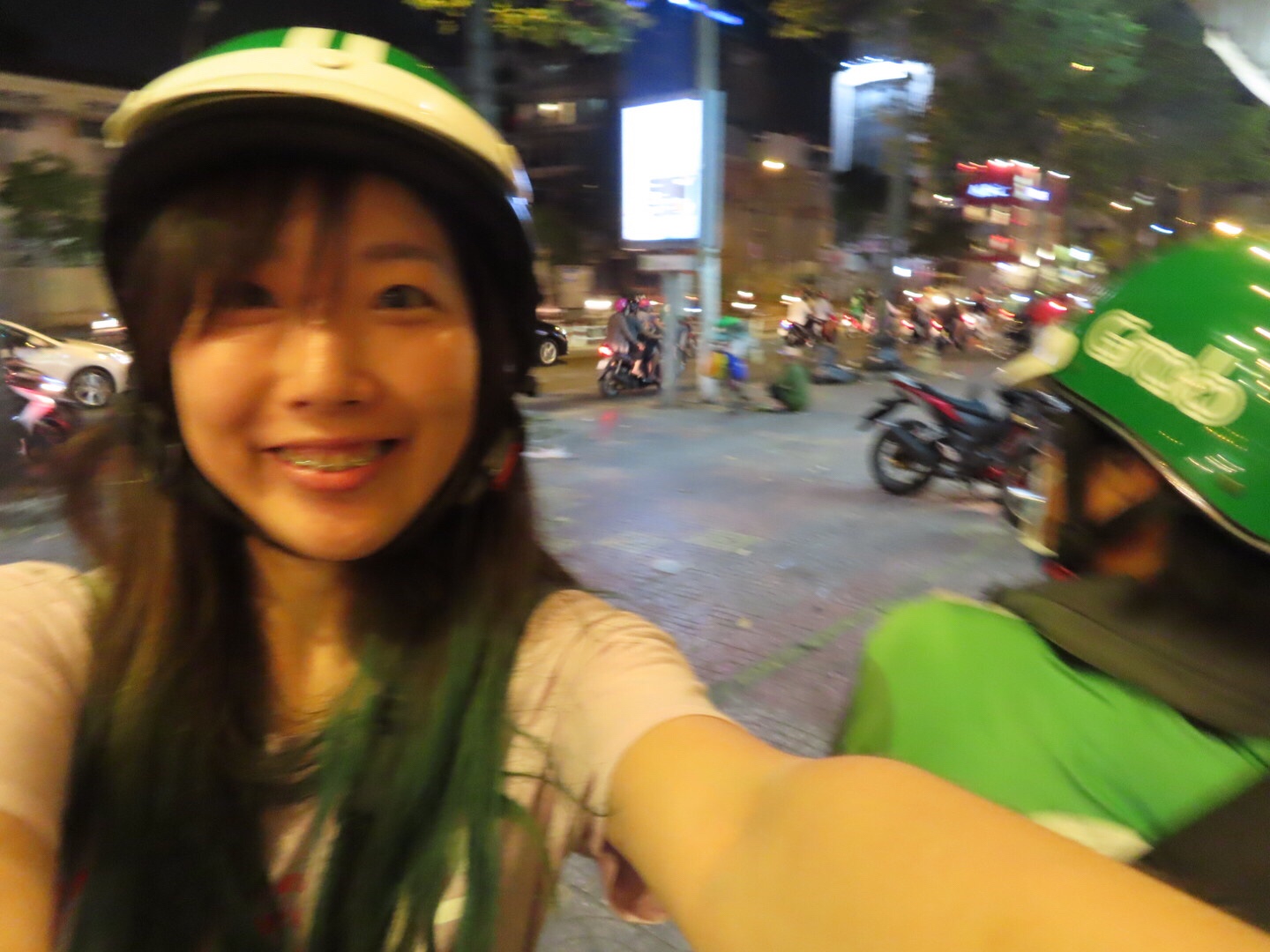 Already been travelling for a while in VietNam, finally today I tried grab bike, for the first time.

If you’ve been to VietNam, probably you know what I’m talking about, GRAB is a magic super app, you can grab a car, a motorbike, food and other stuff, like uber or uber eats.

I’ve been using it to get a car ride in Nha Trang and Ha Noi most of the time because I’m scared to walk around in such traffic (although I normally like to walk around the city instead if taking taxis).

Actually grab (motor)bike is really popular, you see all these who wear grab t-shirts waiting for customers. Out of curiocity, I decided to give it a try. You have to find a driver and connect with him with the code shown in his phone. It turned out cheaper than grab a car, I’m still a bit scared in such traffic but I survived. I guess it’s rather safe especially when you are used to crazy traffic, you drive more carefully (hopefully).

I think it was a great and interesting experience, so I took a selfie to memorise it!