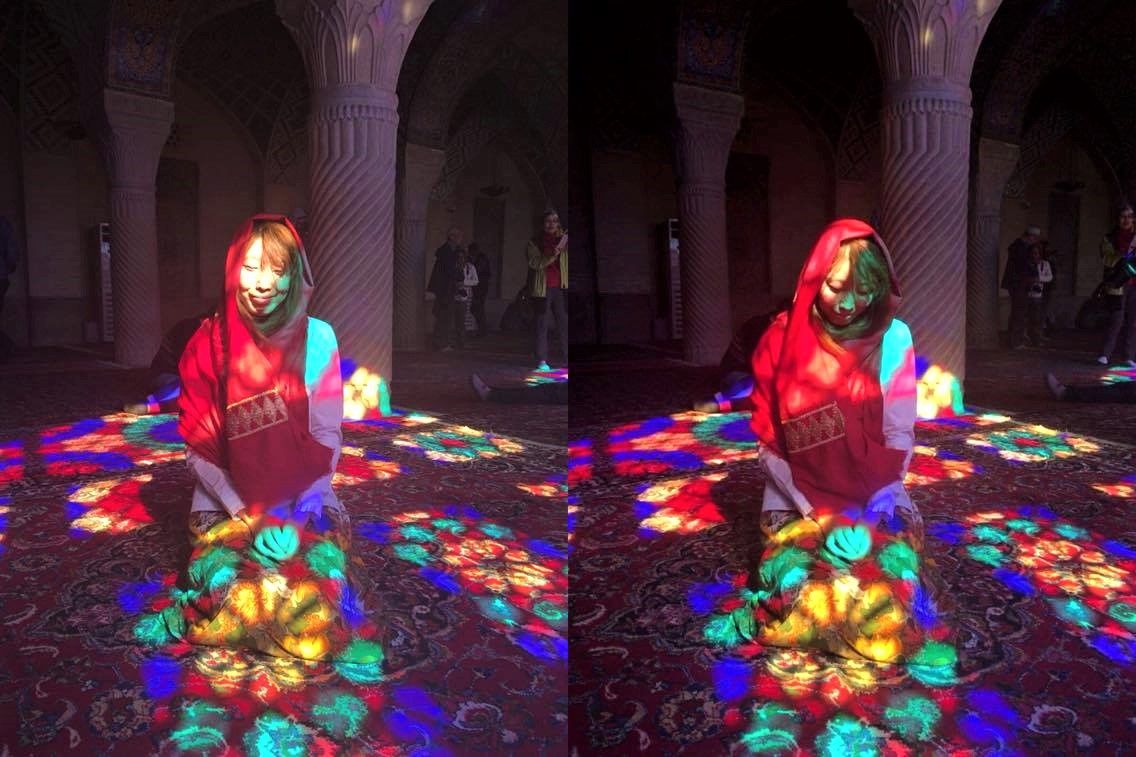 The Nasir al Molk mosque in Shiraz is well known for its stained glass hall. Everyone calls it the Pink Mosque because of its extensive use of pink tiles and rose patterns. Although stained glasses are widely used for churches and it is not that common for mosque architecture, except very few ones, such as the Blue Mosque in Istanbul. And even that one isn't as colorful as this mosque. 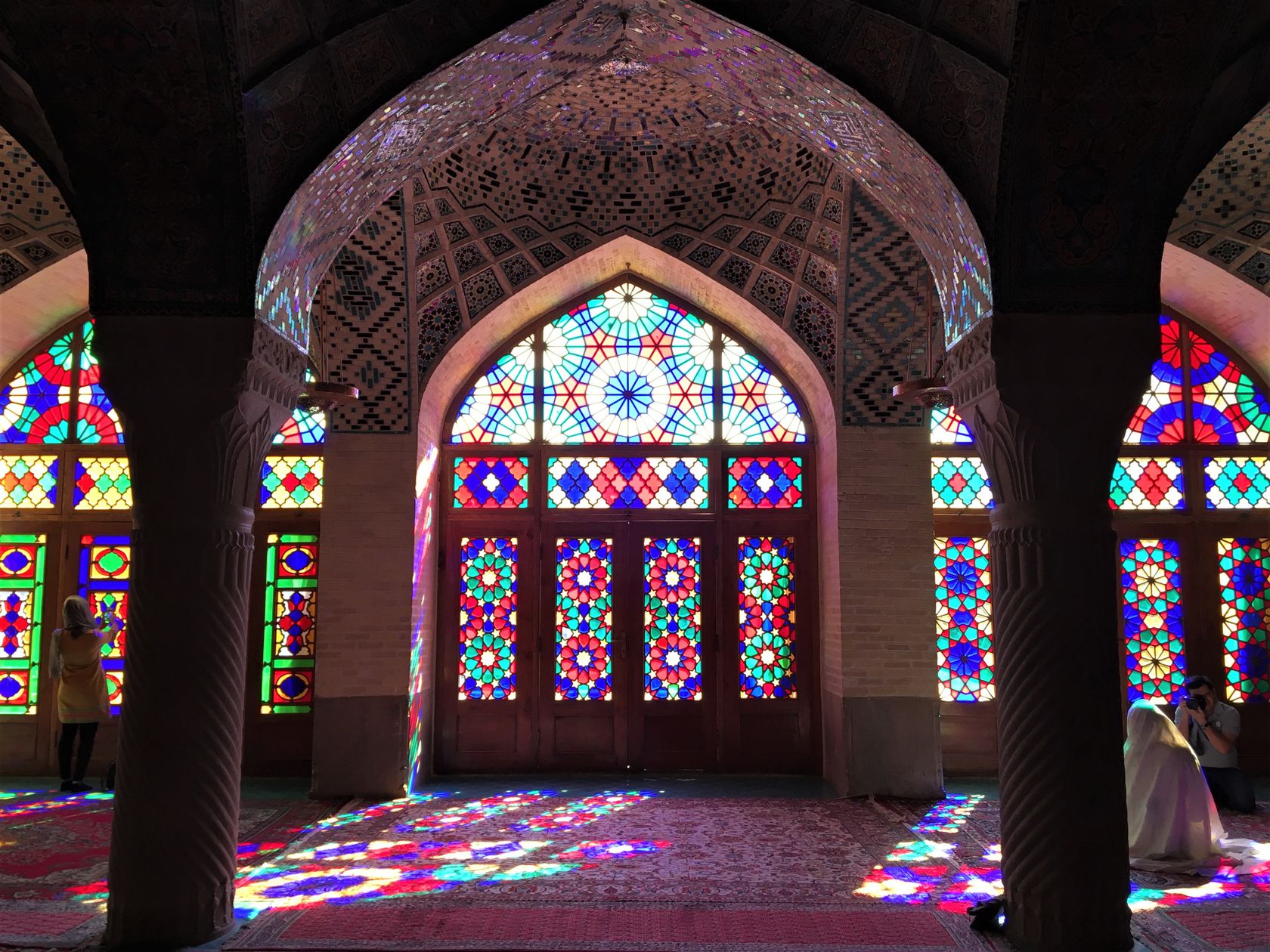 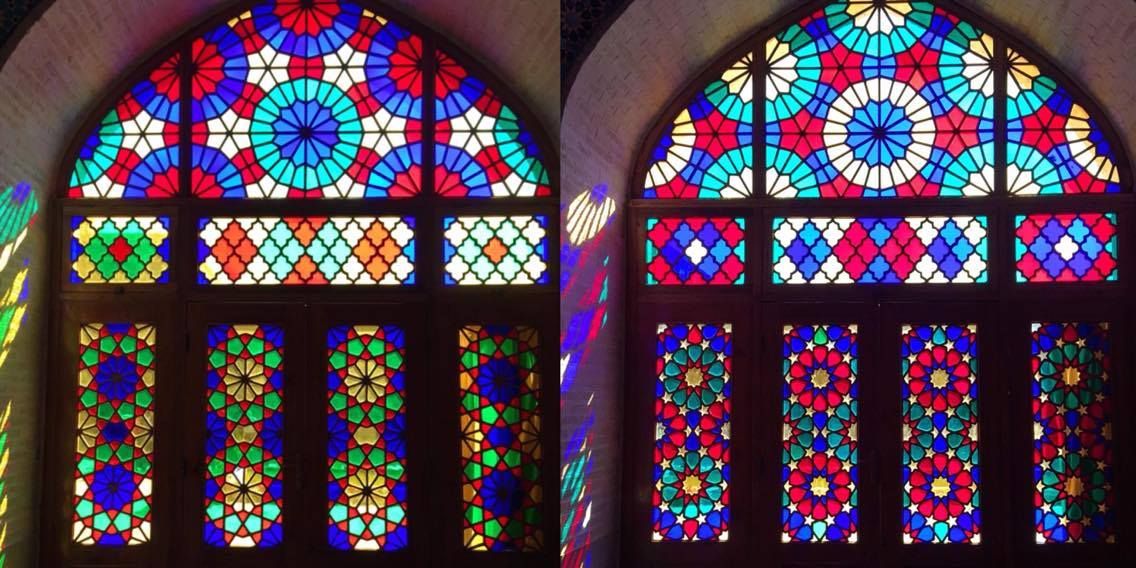 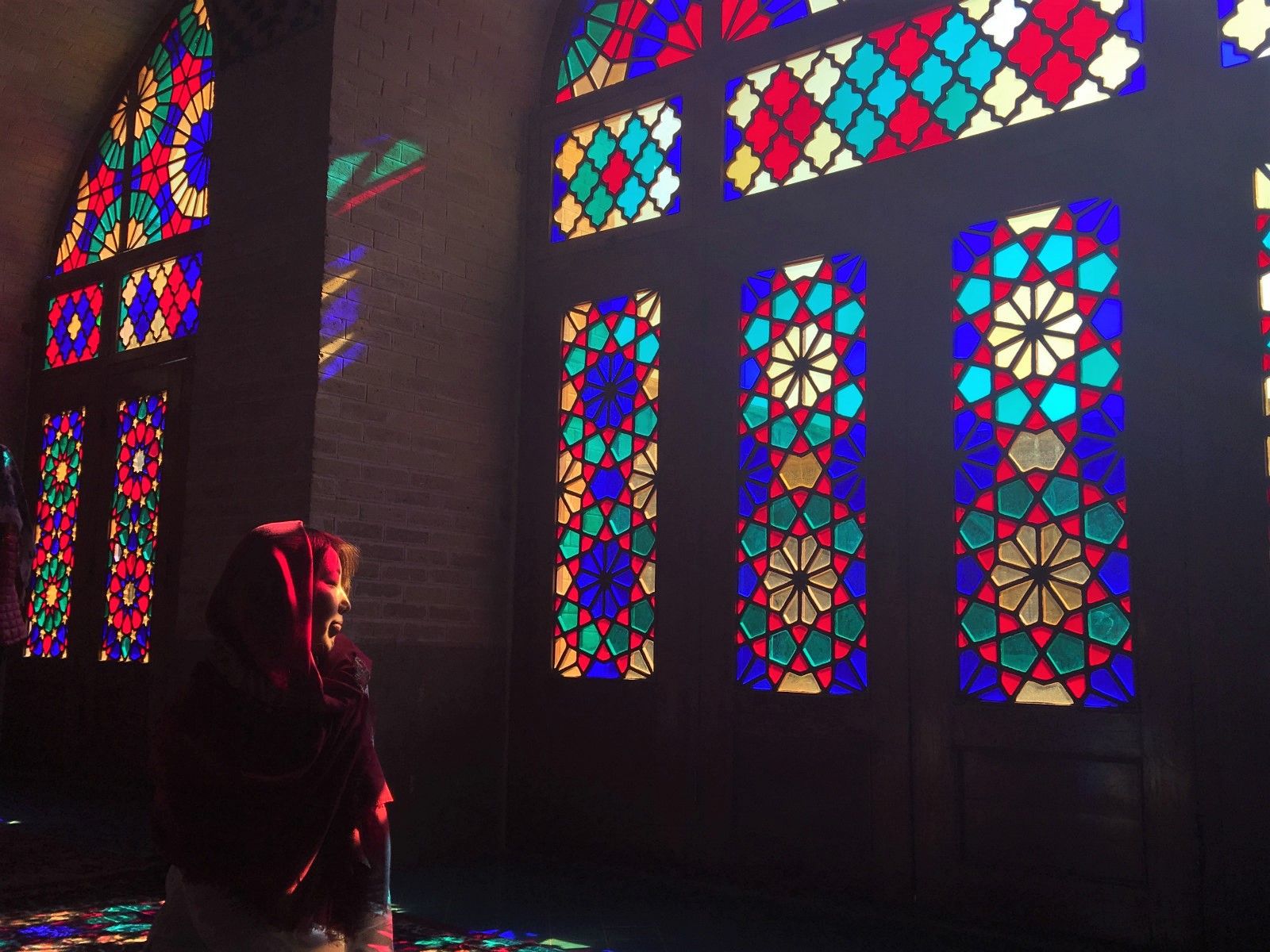 The stained glass windows make the hall look like a colorful wonderland. The colorful rays of light can only be seen in the morning though. However, you don't have to go there as early as 8 o'clock. I guess most people are like me, don't really like to get up early while travelling.

When I did some research online, I was told you have to be there very early. I arrived at 10:15, worrying I might miss all the lights. But in the end there were still plenty of colorful light. I guess when they say to go early just in order to avoid the crowd, because when I was there, there were a bunch of my fellow Chinese visitors in a group, posing for pictures. So it was difficult to take any picture without people in the background 😀 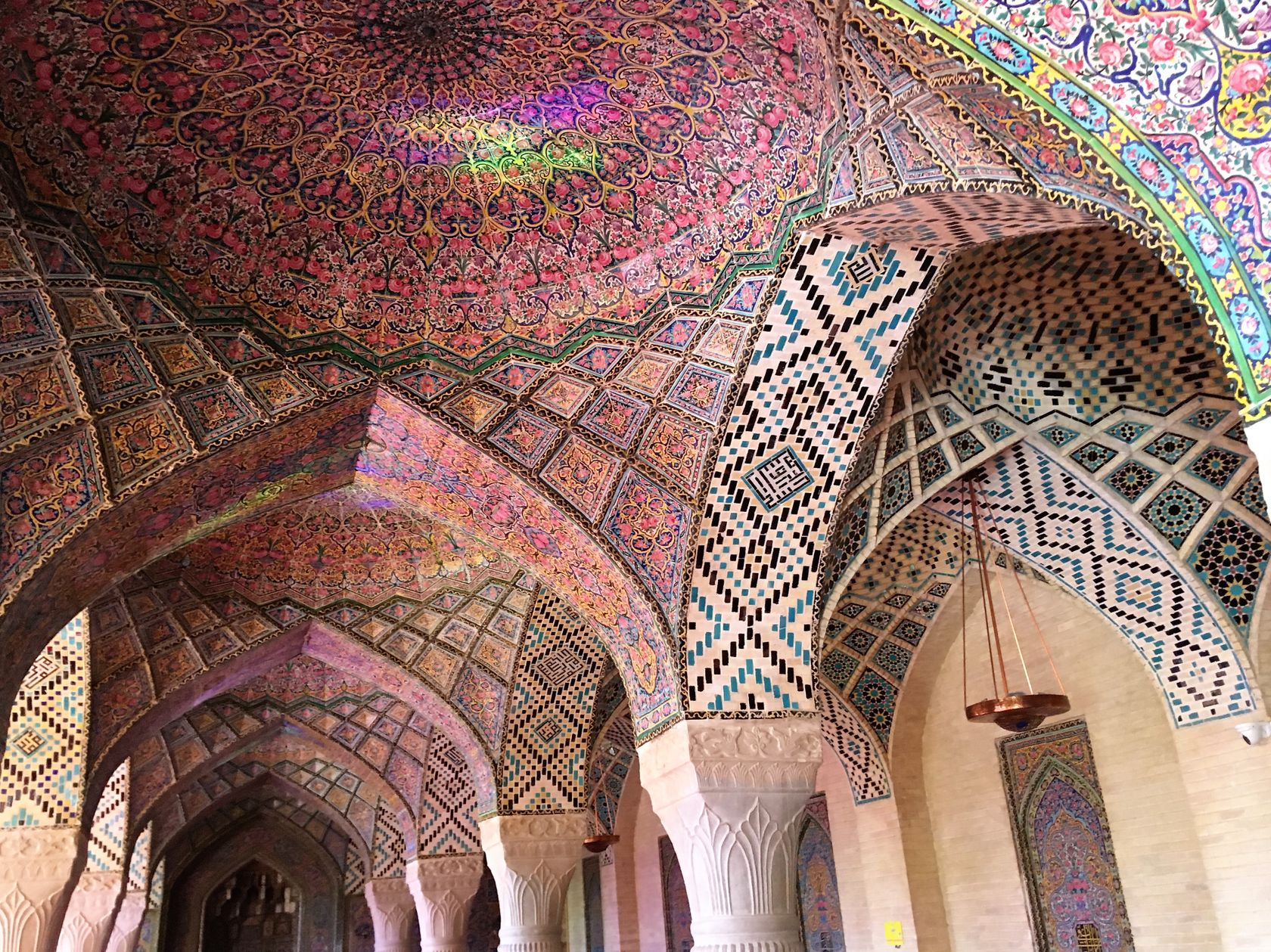 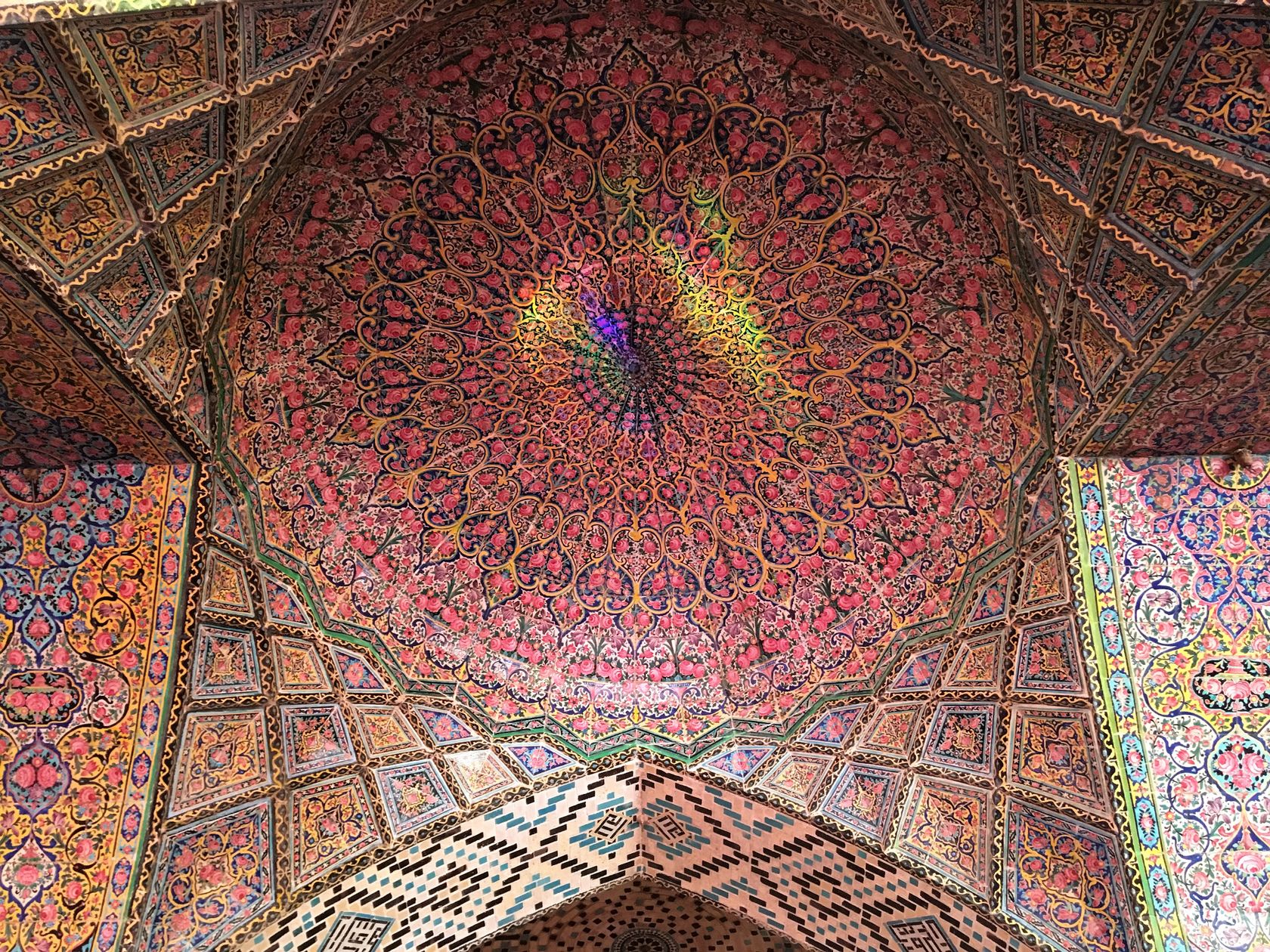 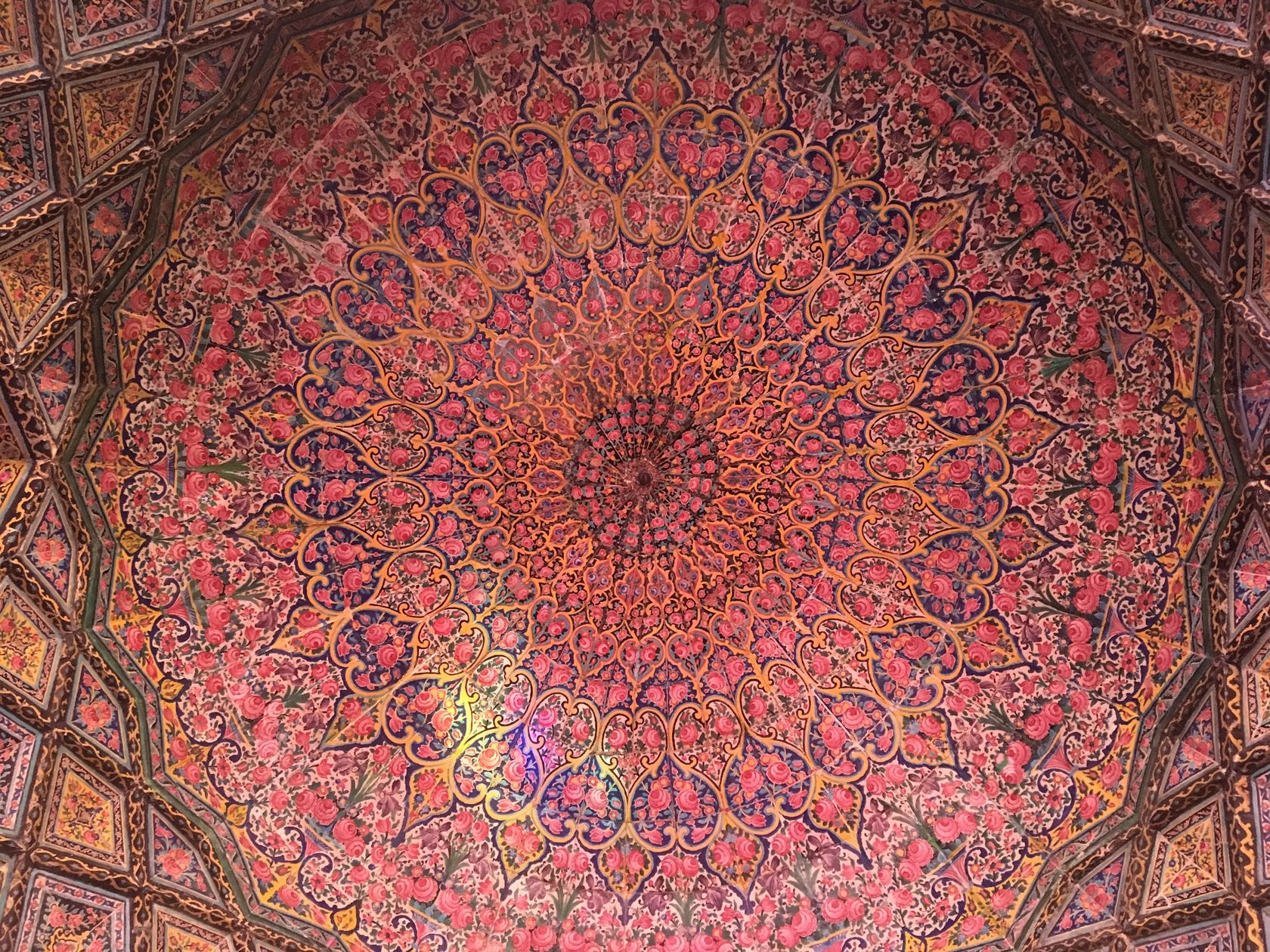 The lights were beautiful, but my favorite part was the pink decorations all around, from the ceilings to the walls crafted with Persian arts in flowery texture. The hall was so stunning especially when all the light reflected on the tiled walls. 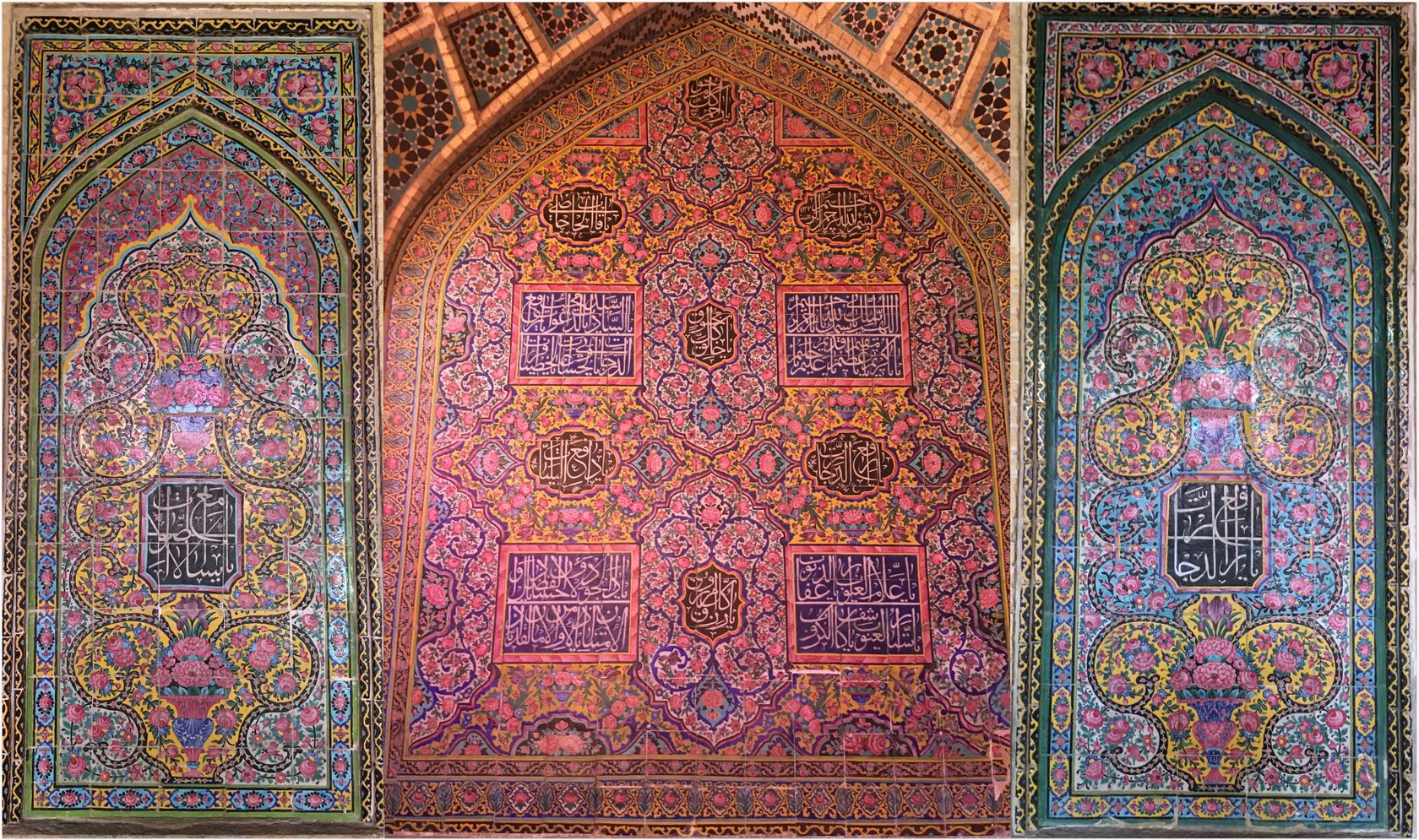 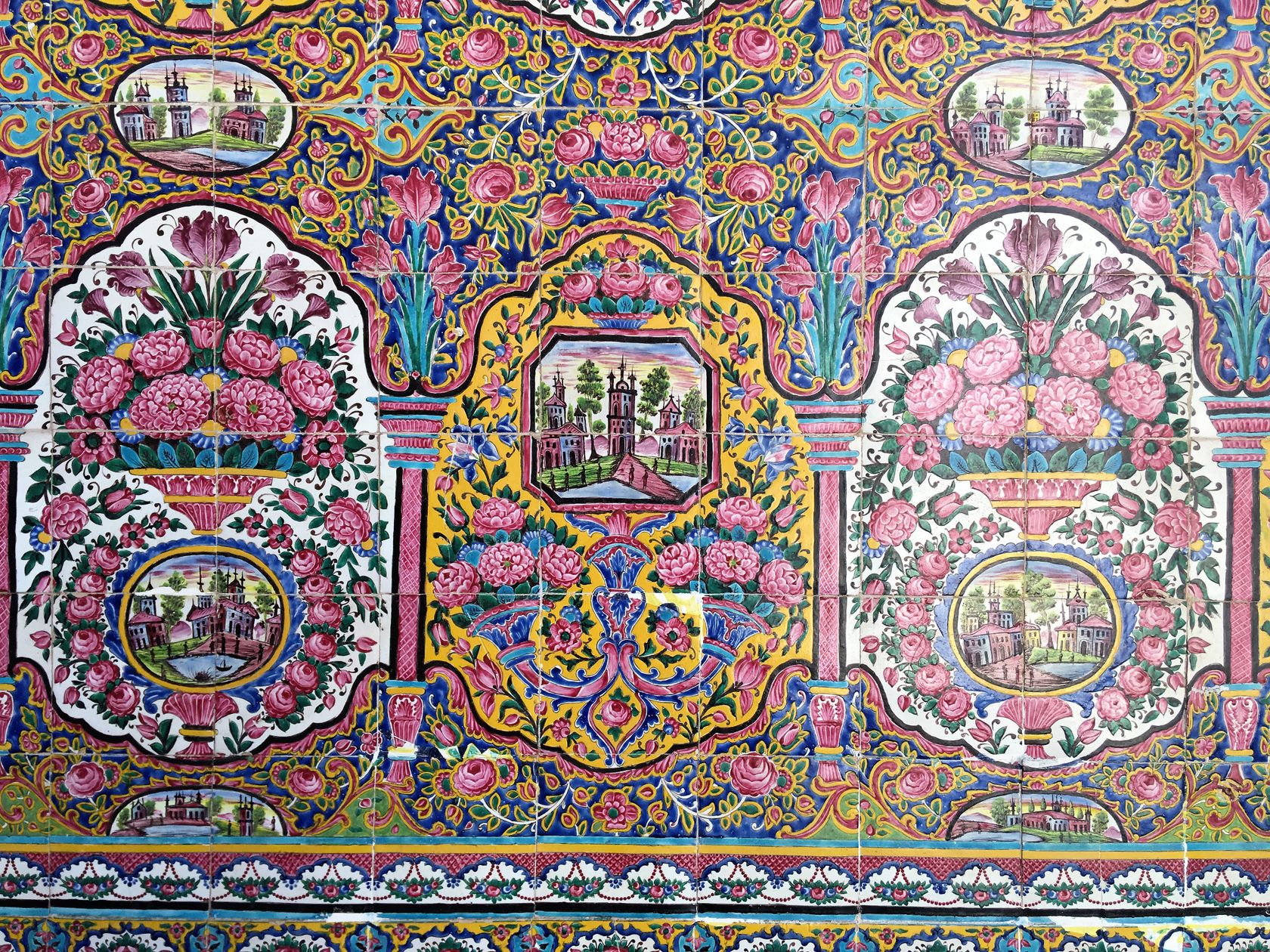 The tileworks inside the mosque are mostly featured with pink flowers. They are breathtaking and well preserved. 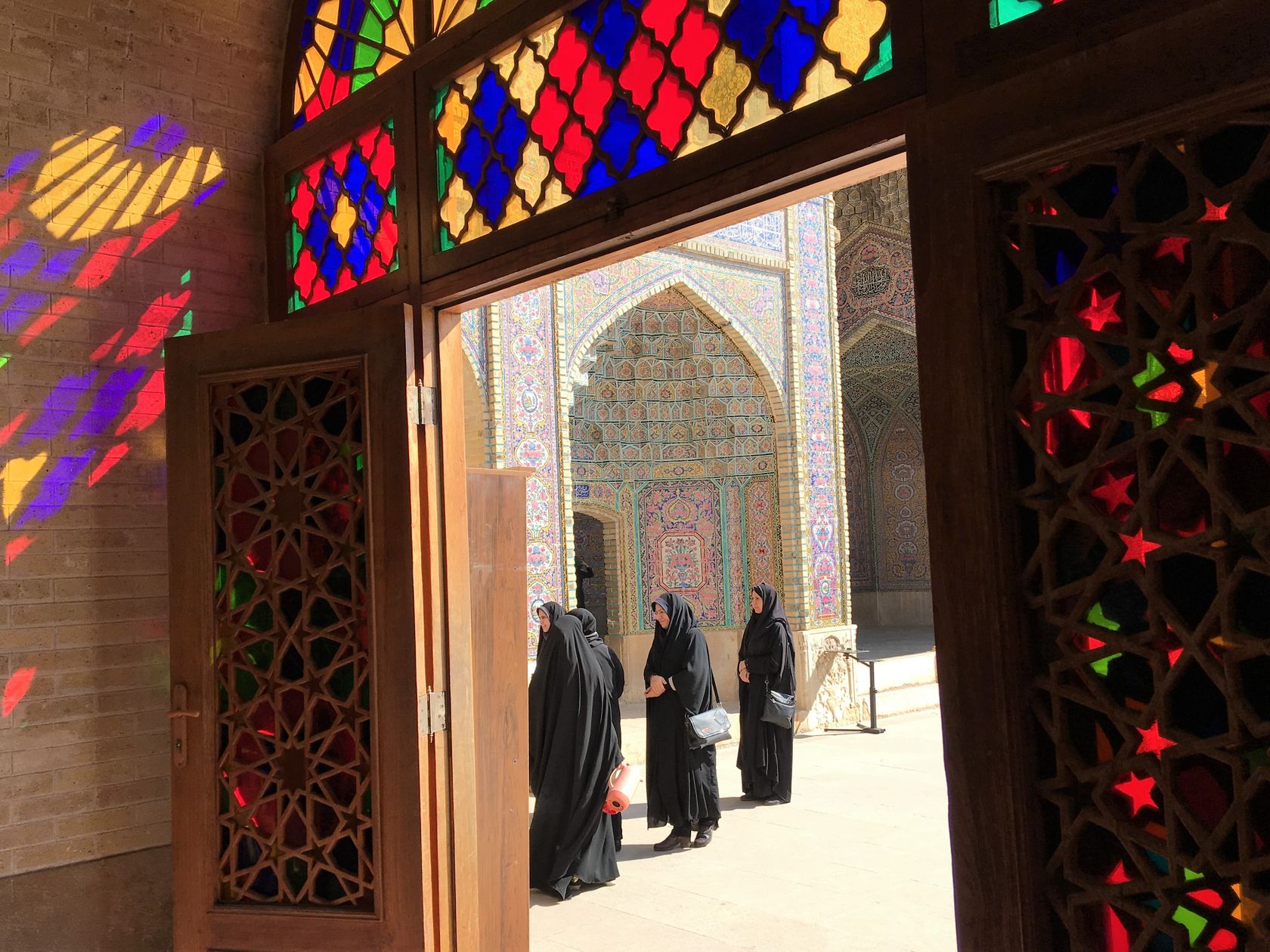 Let's take a glance at the yard. 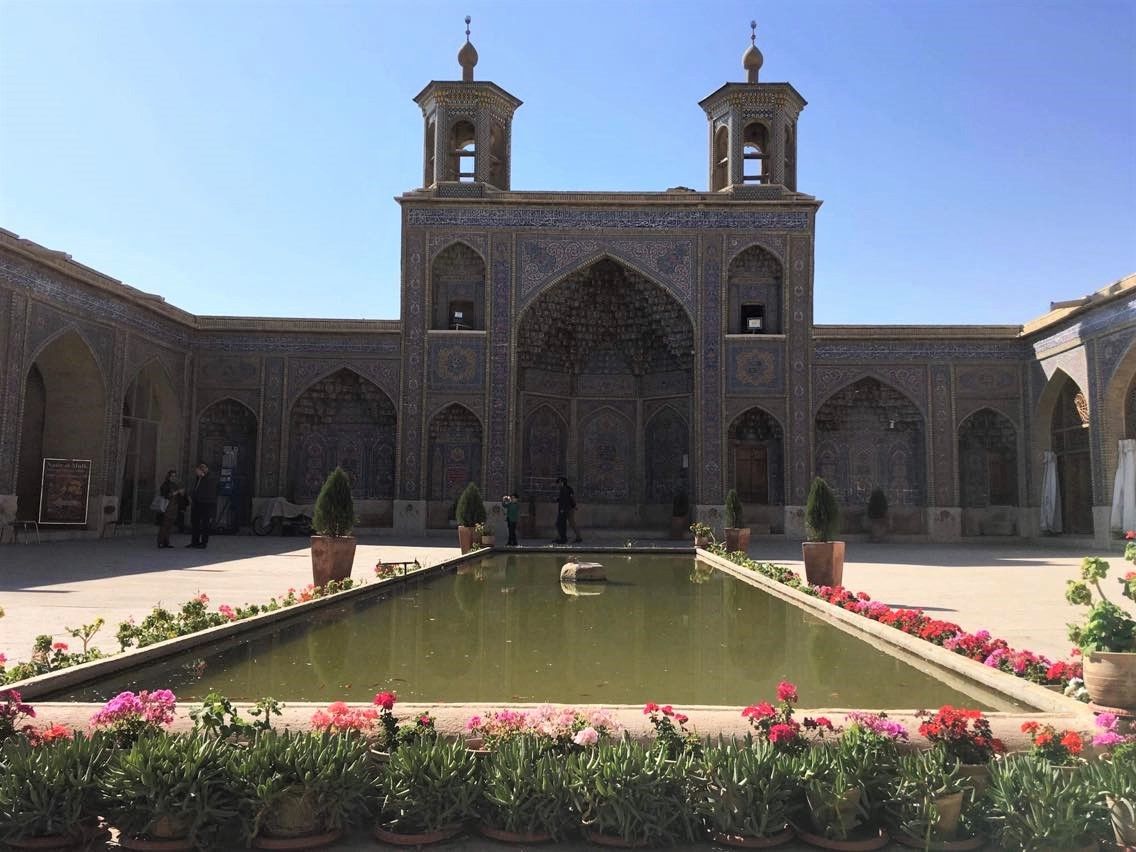 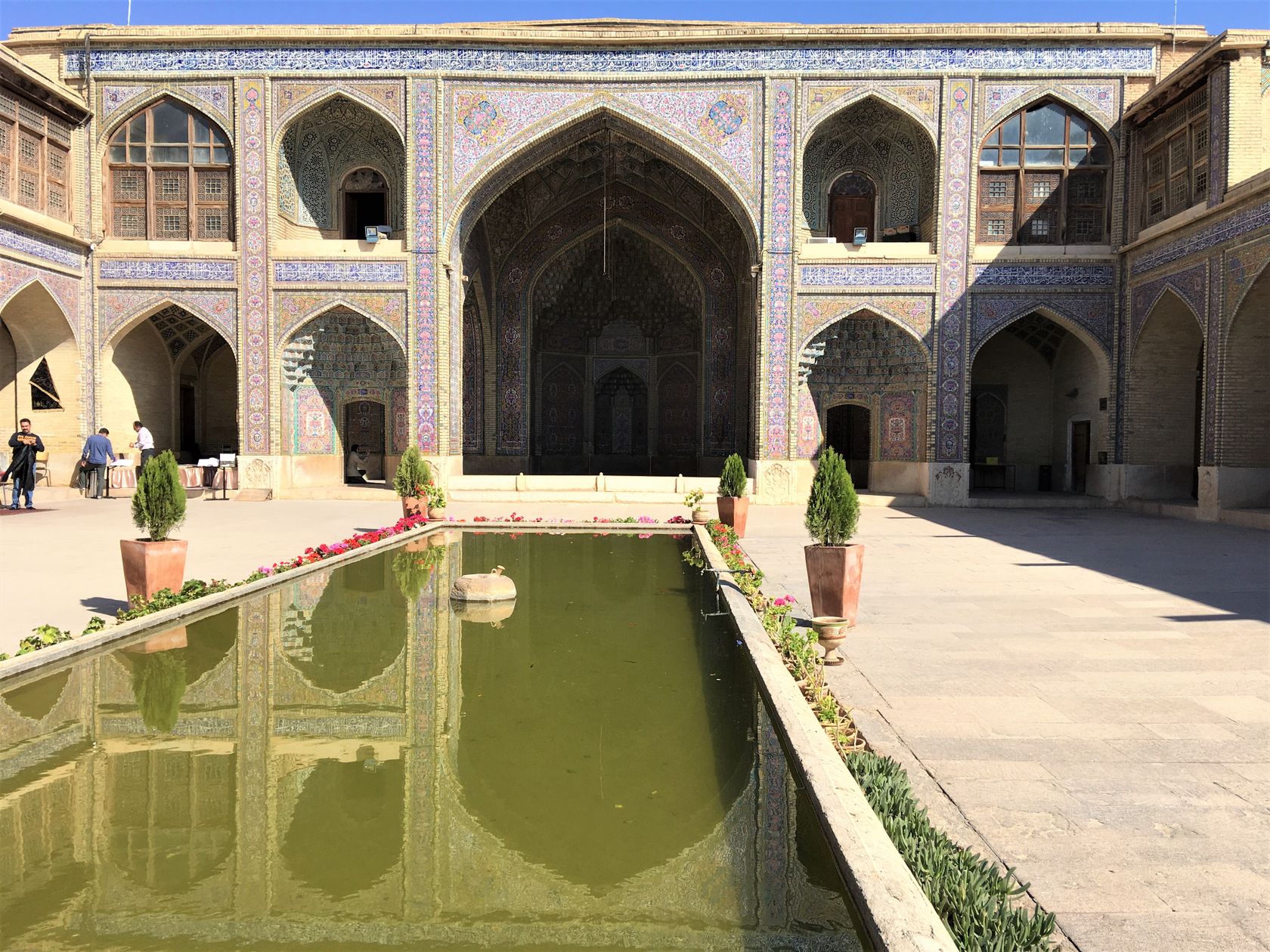 Nasir al Molk Mosque isn't that big at all. The small yard and its pool were surrounded with colorful flowers. It has a lot of calmness to enjoy. Even though Nasir al Molk is probably the most visited mosque in Shiraz, you can still feel the tranquility when you walk in the yard. 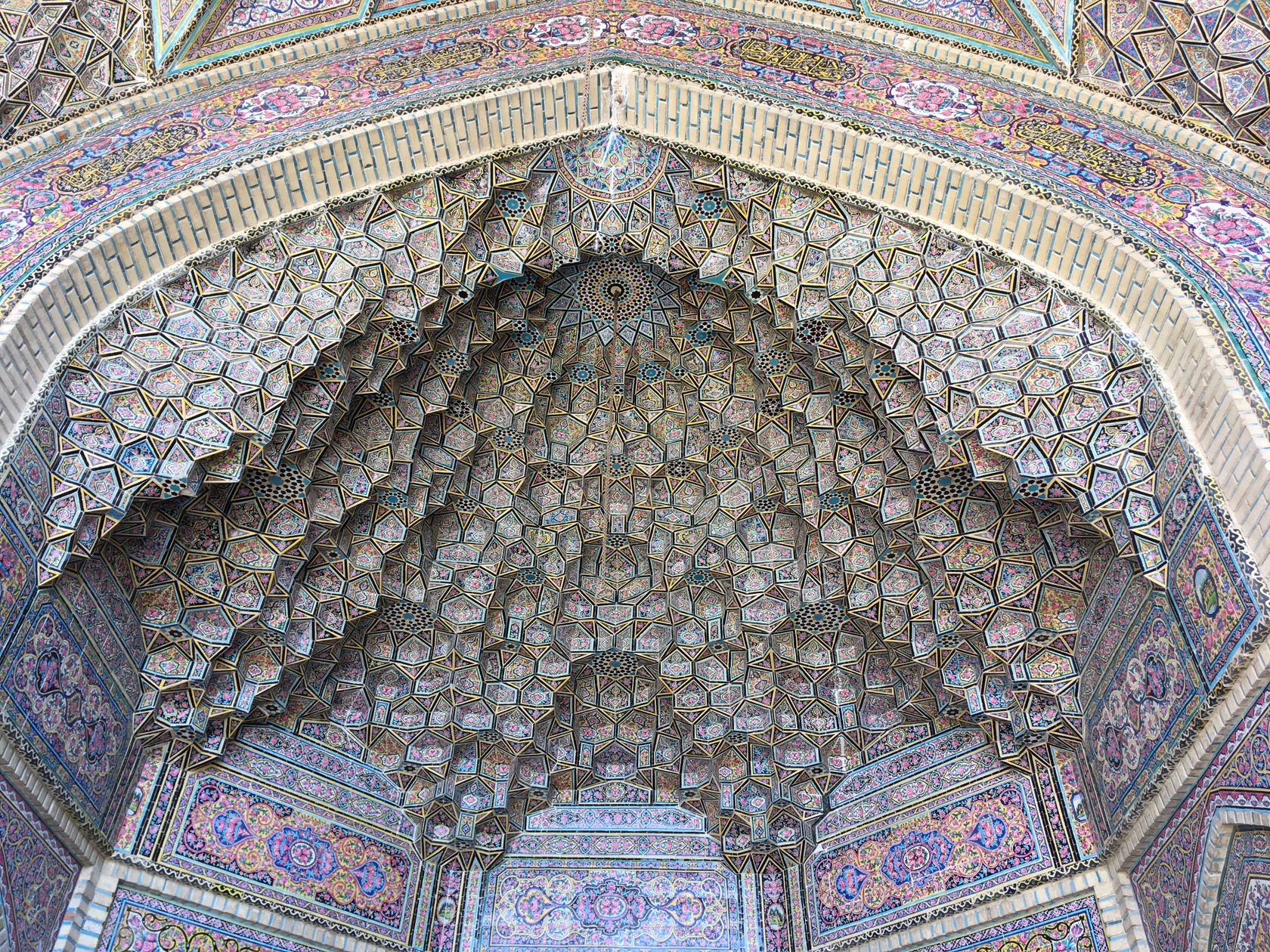 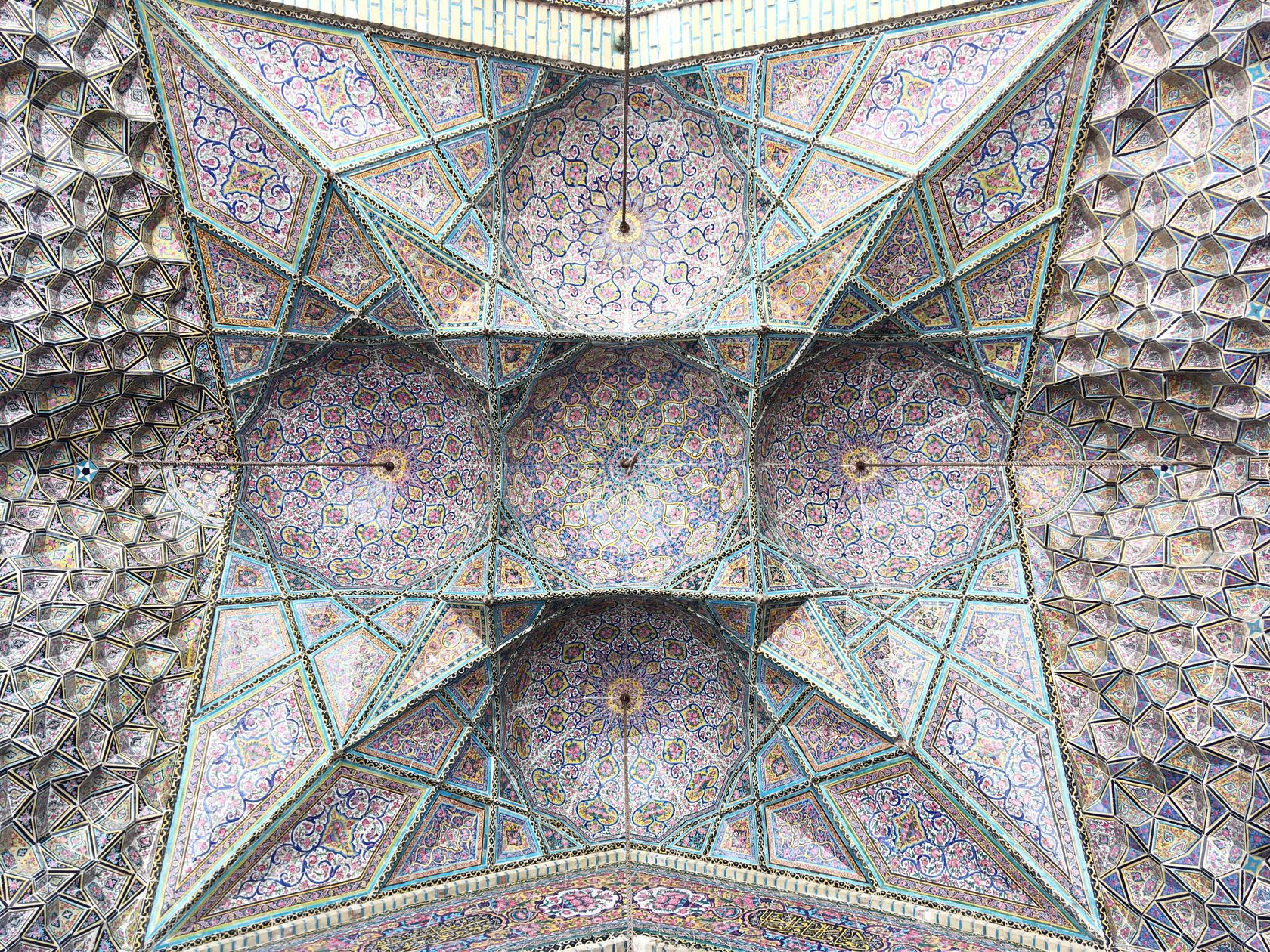 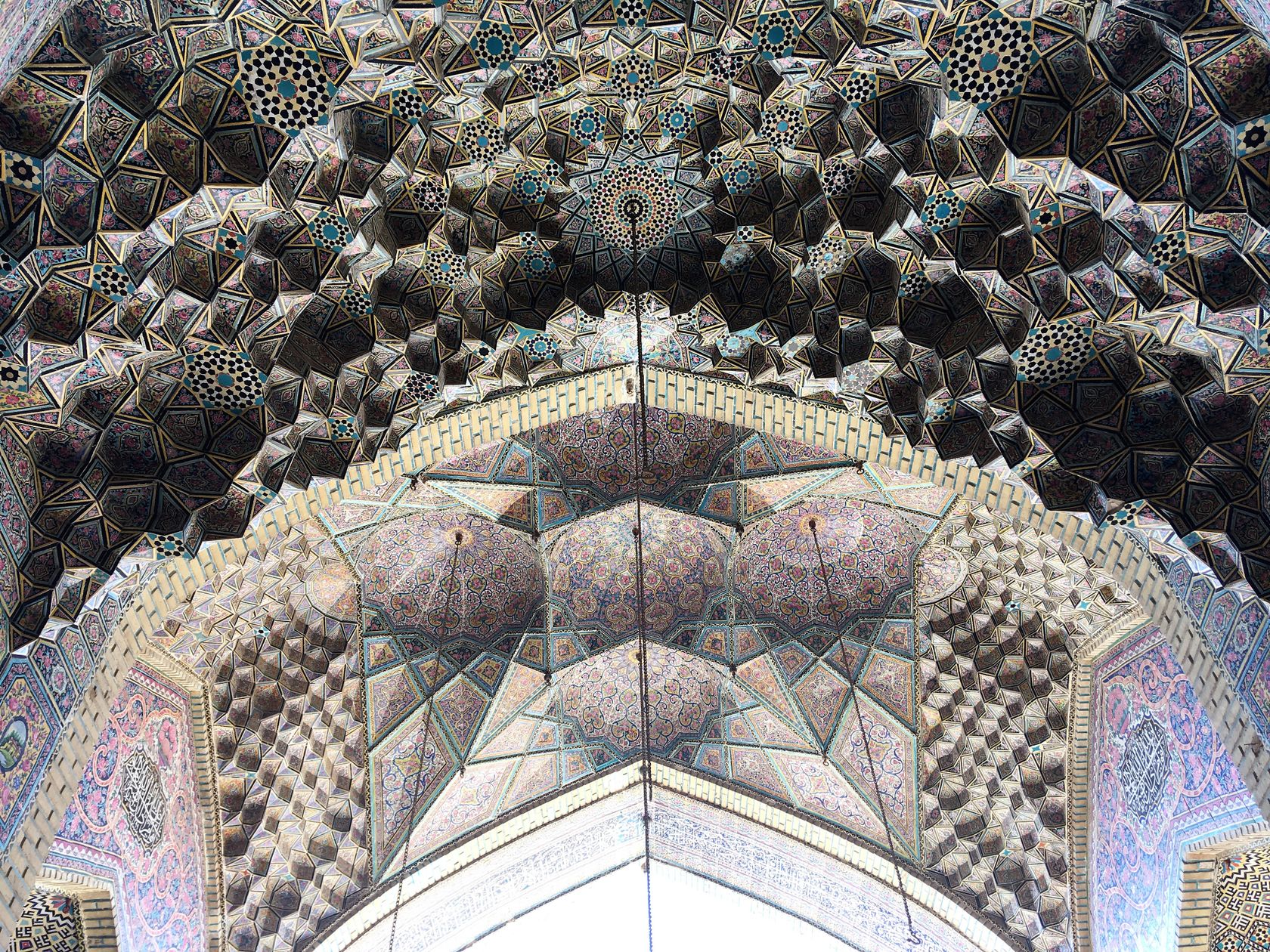 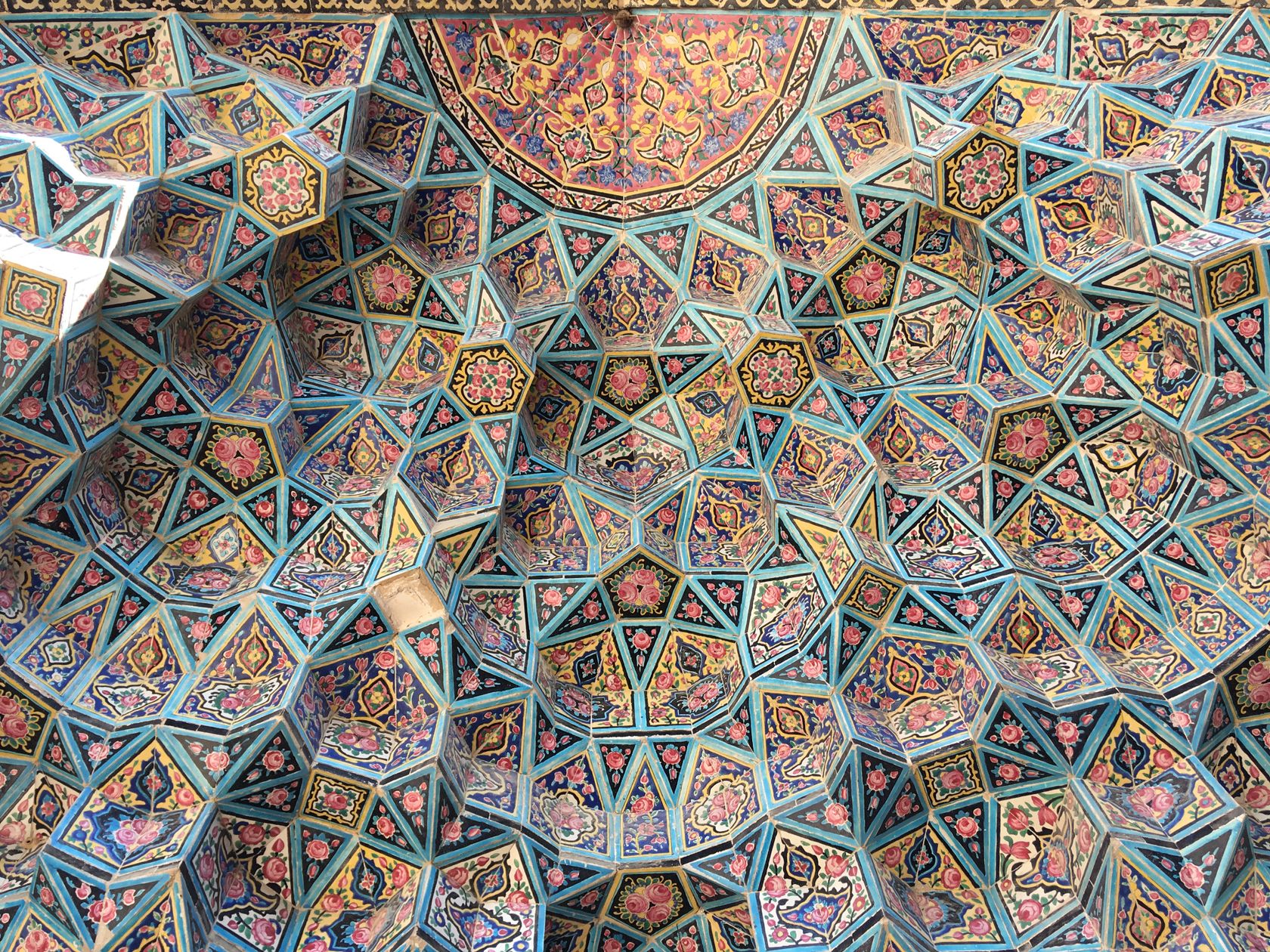 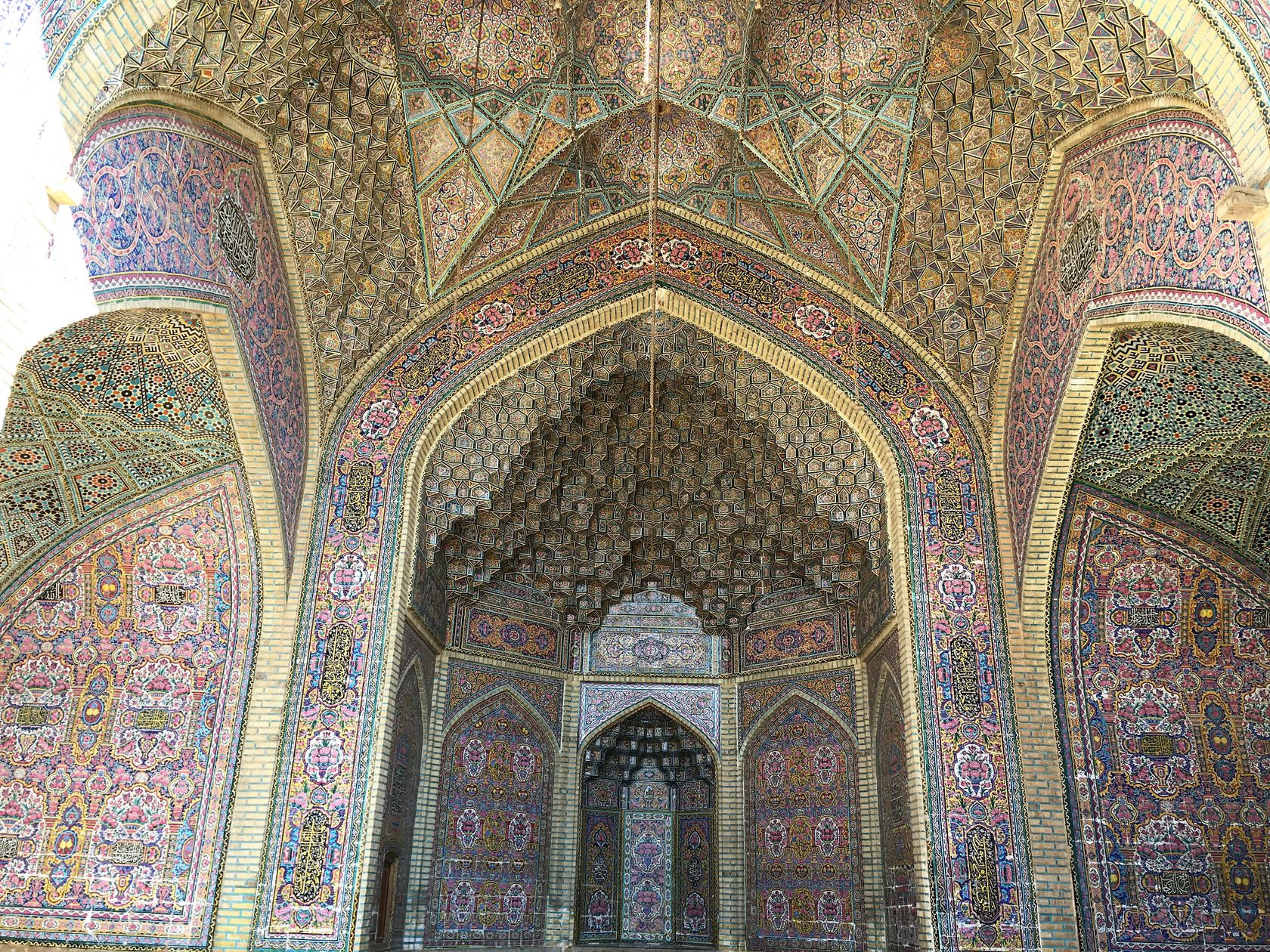 What impressed me the most was the Taq Morvarid part, which means pearl ceiling in Persian. Taq Morvarid of Nasir al Molk mosque possibly includes the most beautiful craftsmanship in Iran. I could spend the whole day looking at the wonderful ceiling and walls. Even though Nasir al Molk is a small mosque, I stayed more than 2 hours inside, and the light indeed receded a lot at around 12:30 when I left it. 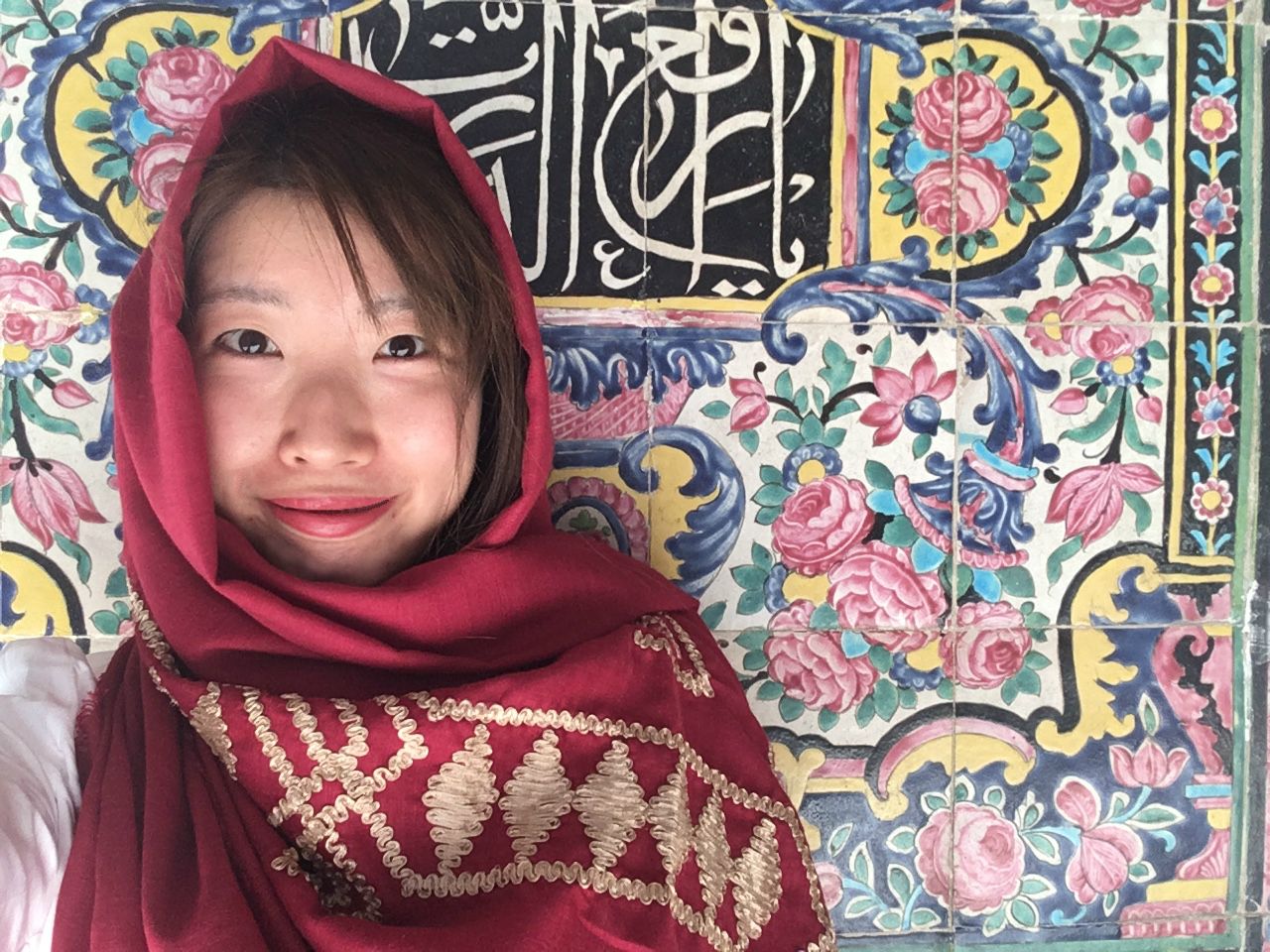 Thanks for reading. I hope you liked Nasir al Molk and would like to visit Iran one day. If not, I hope my future posts about Iran would make you want to visit Iran, because it is a truly an amazing country!