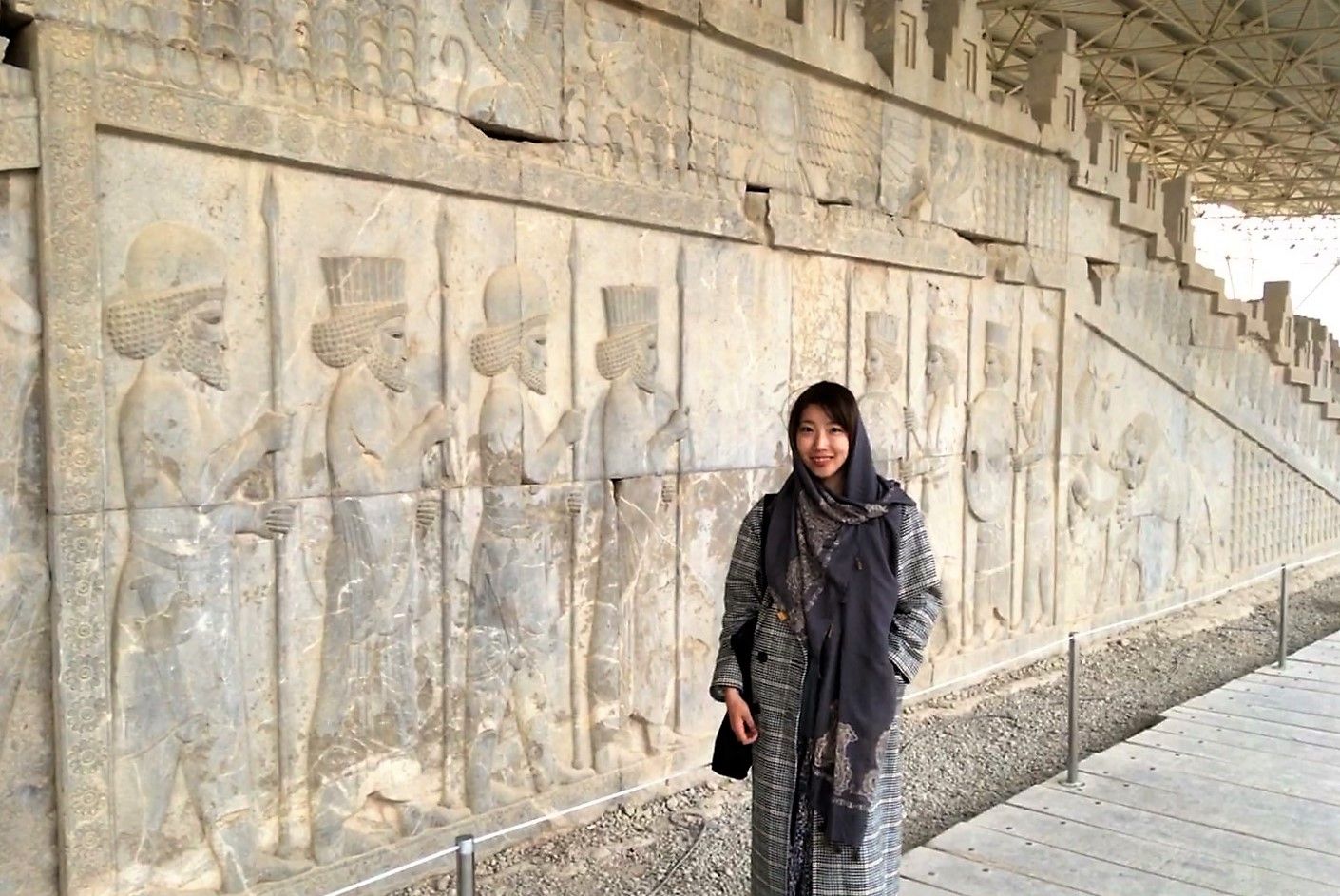 Those who have been following my Iran trip vlogs must know that I went to Persepolis twice. The first time I went all the way there only to find out it was closed because of a religious holiday. It was rather disappointing at the time but also lead me to read a bit more about Persepolis before the second try. When I finally got to see its magnificence, I felt all the effort was worth.

Persepolis was built around 2,500 years ago (almost 500 years before Christ!) as a ceremonial center for King Darius and his successors. This ancient capital of the Persian Empire, the first great empire in human history, was once known as the richest city under the sun. Despite the passing of so much time, The scale of the castles, halls and gateways is still plain to see. 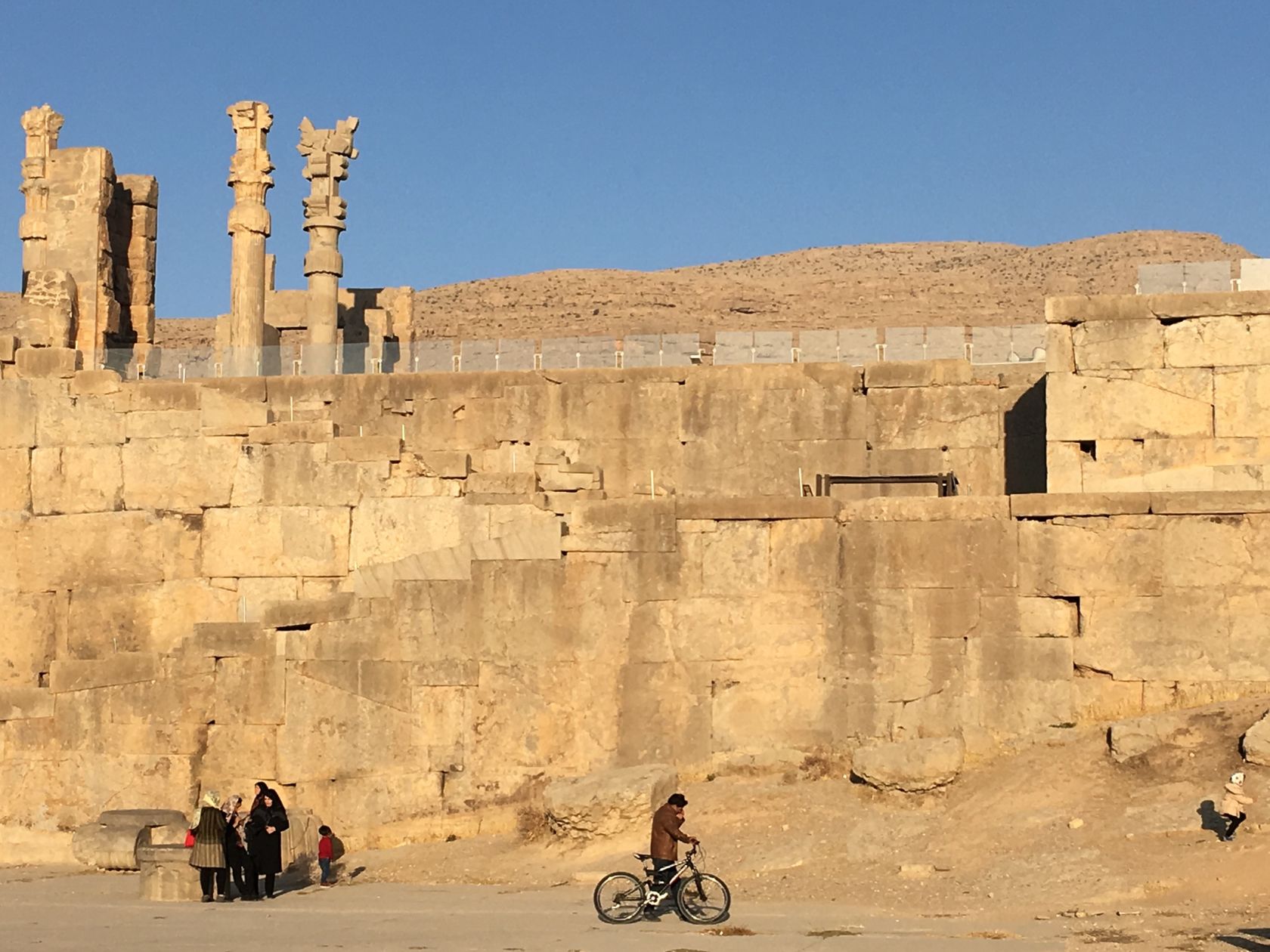 I took this picture when I did a wasted trip the first time from Shiraz to Persepolis. The weather that day was actually much better than my second visit. Evening before sunset is the best time to visit if it is sunny, you can see all the golden color reflected on the ruins. 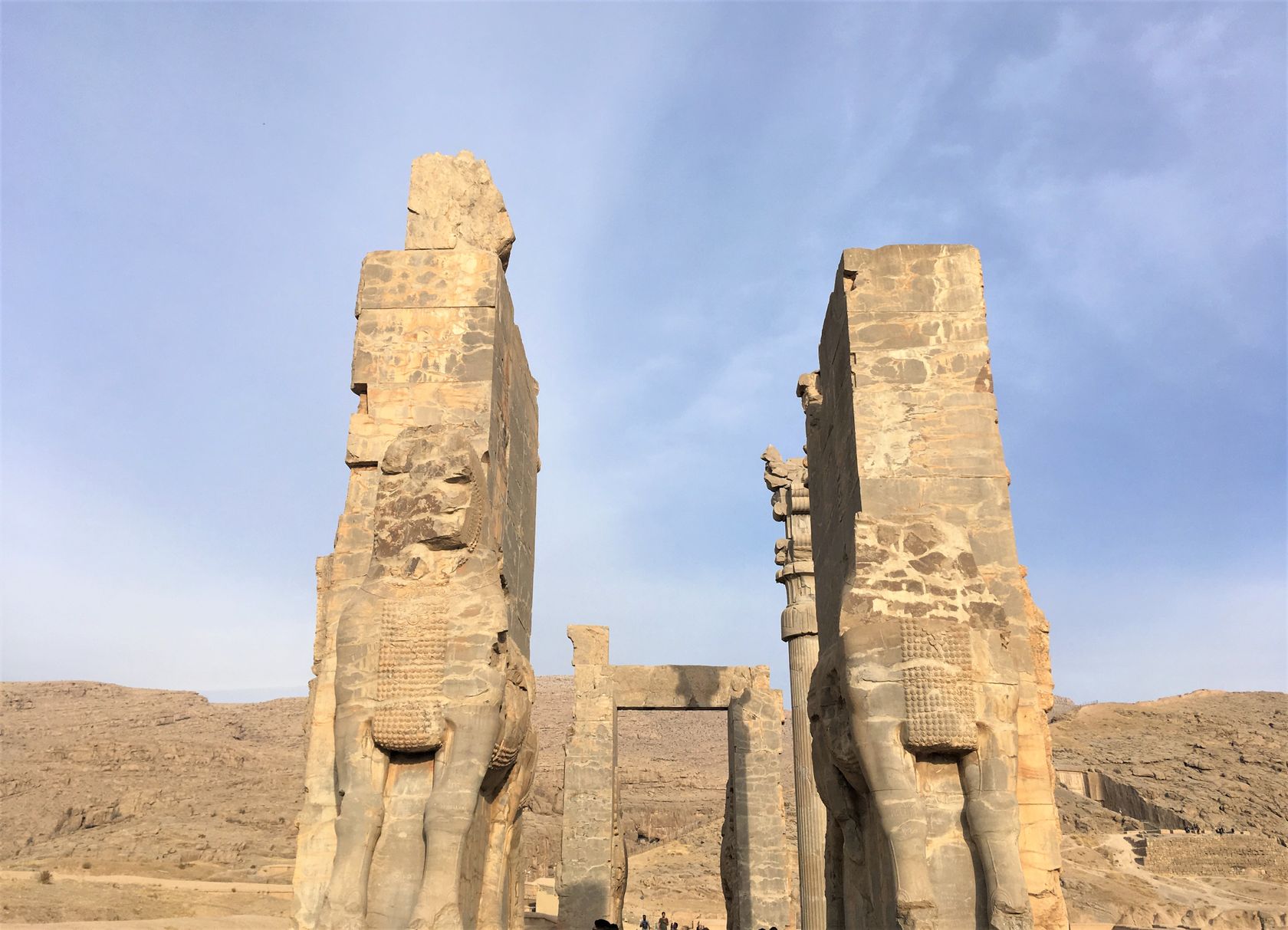 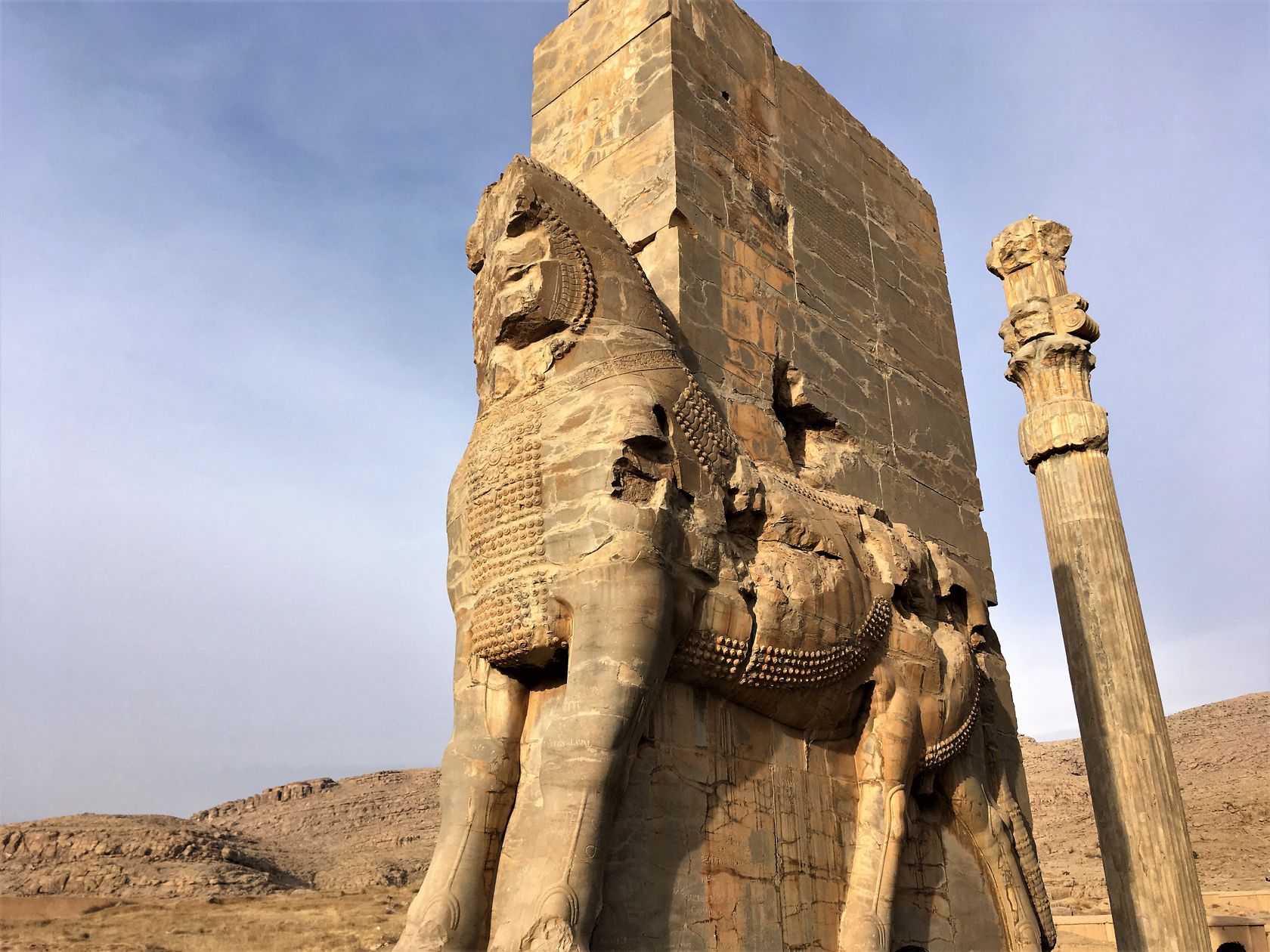 Some of the sights in Persepolis have been well preserved, with incredible wall carvings, for example the 'Gate of All Nations'. When I walked through the enormous statues on the gate, I can still feel the mystic and power surrounding the place. The description on the Gate of all Nations writes:

I am Xerxes, the great king, king of kings. King of the lands of many people, king of this great earth far and wide. By Ahura Mazda's favor I have made this Gate of All Lands. Much that is beautiful has been built in this region which I and my father have built...." 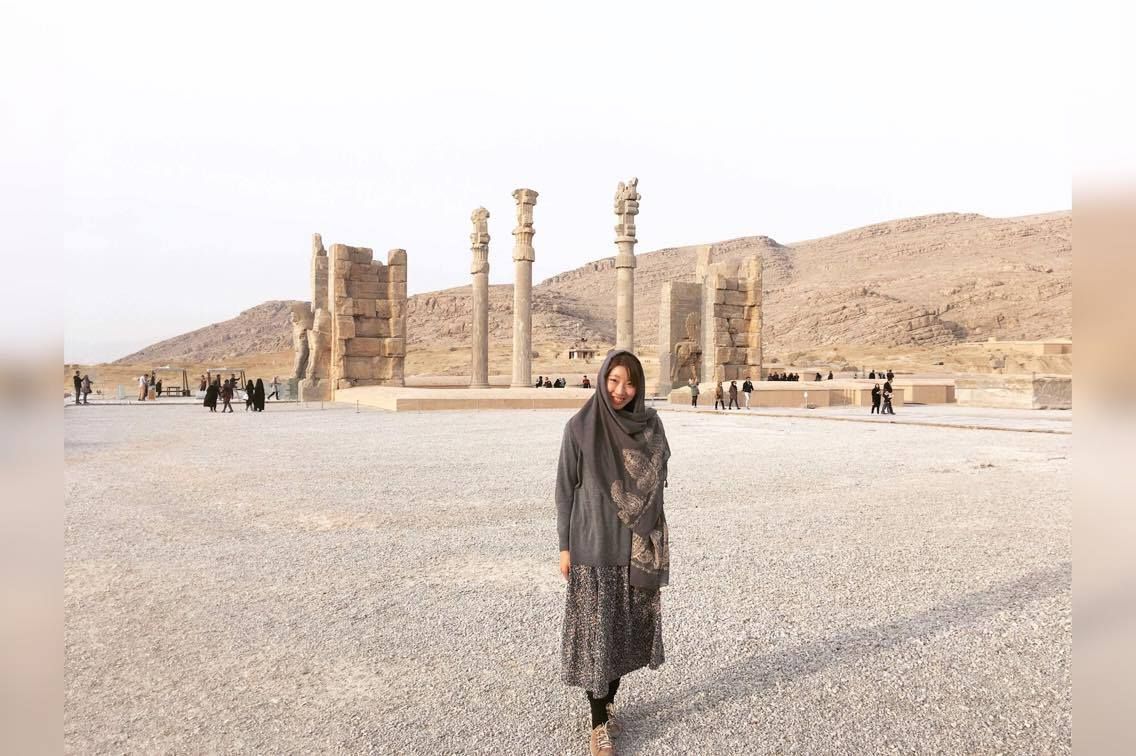 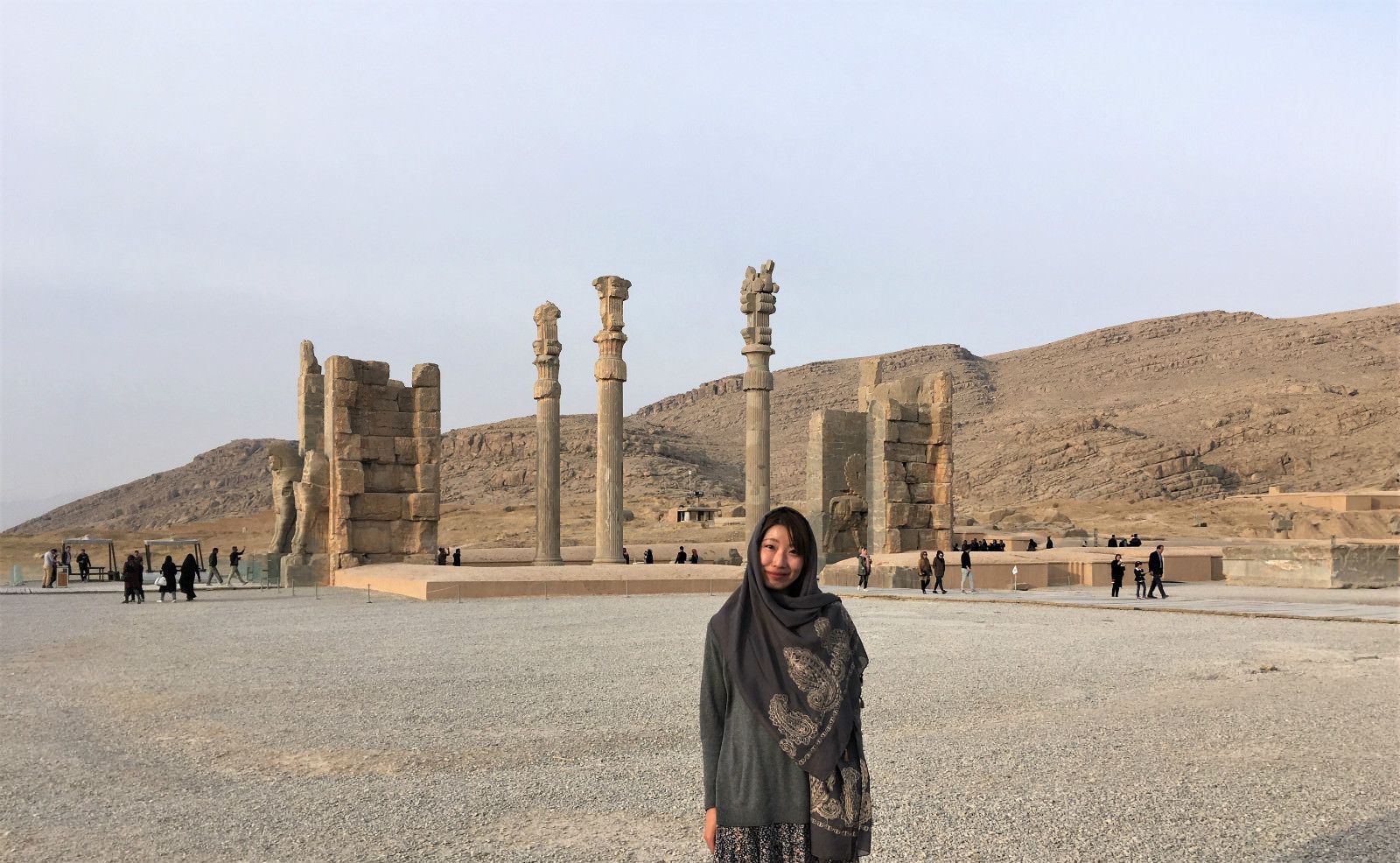 Me in front of the entrance of the Gate. XD 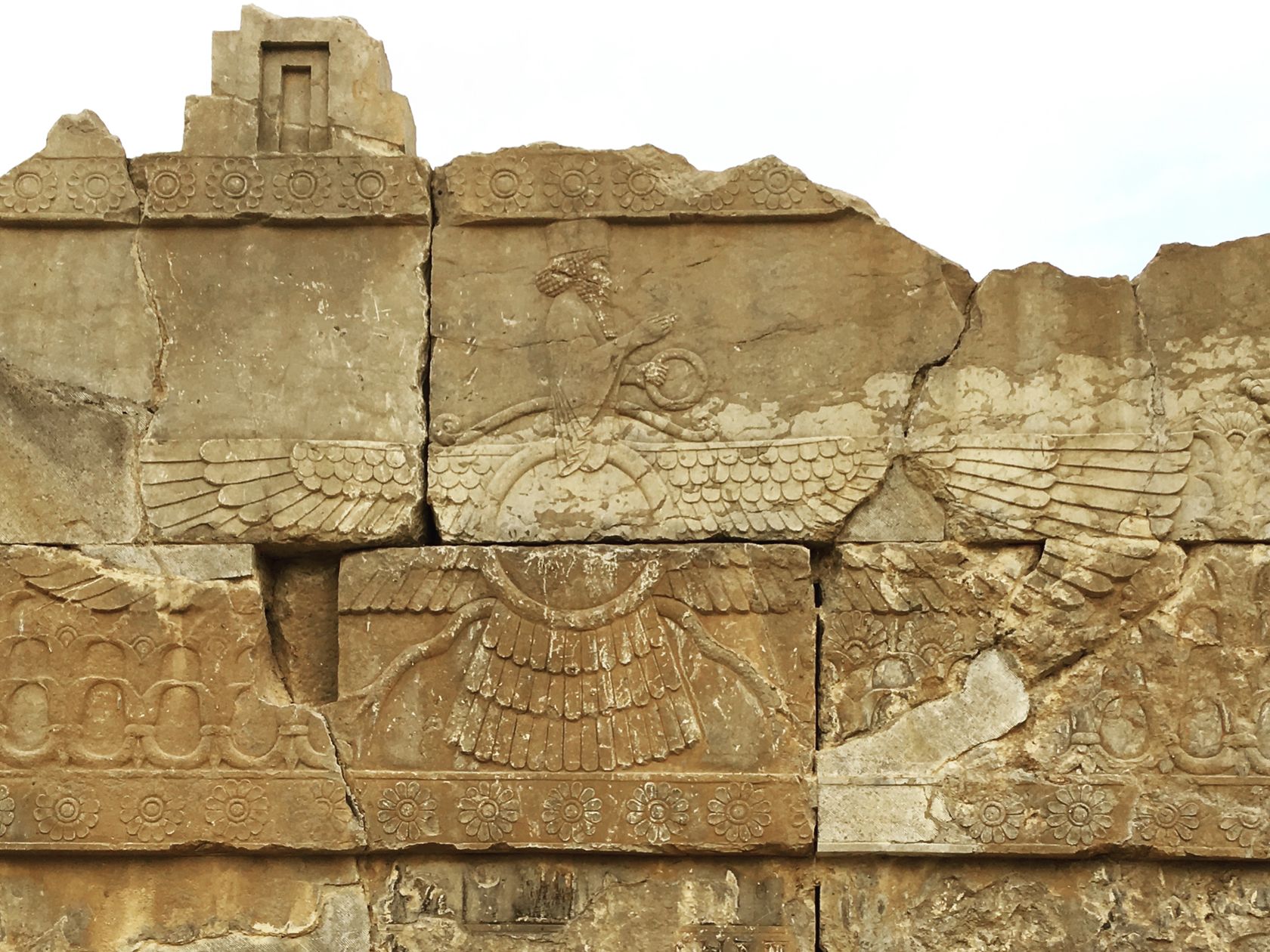 Stone carved Faravahar in Persepolis. Faravahar is one of the primary symbols of Zoroastrianism, the main religion of pre-Islamic Persia. Today there are only about 25000 Zoroastrians in Iran. 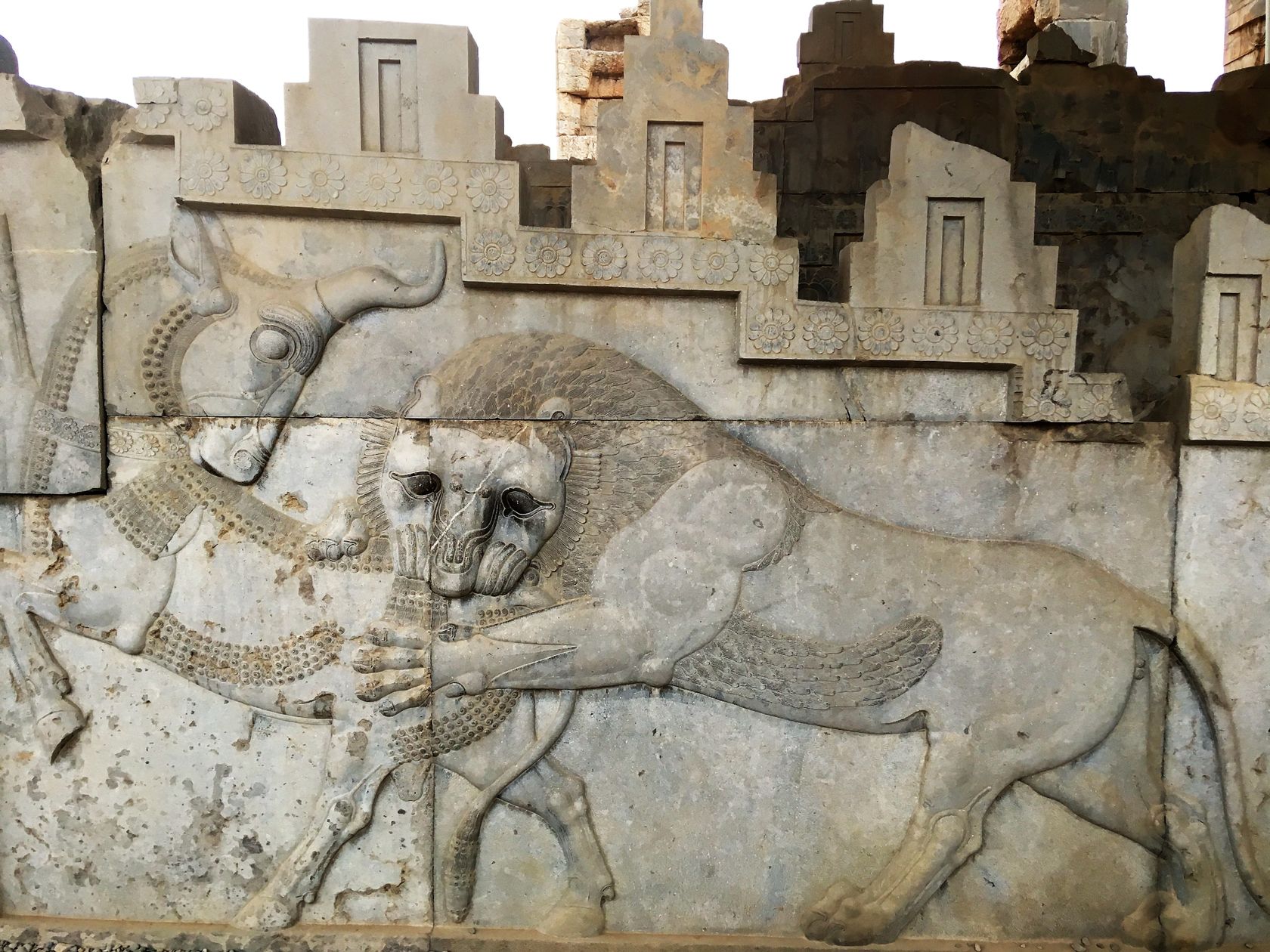 Another Zoroastrian symbol for Nowruz— eternally fighting bull, and a lion. Nowruz represents the Spring in Persian calendar. It falls on 21 March every year, Iranians celebrate it as their new year. Although with the Zoroastrian origin, nowadays it is celebrated by all Iranians regardlessly. 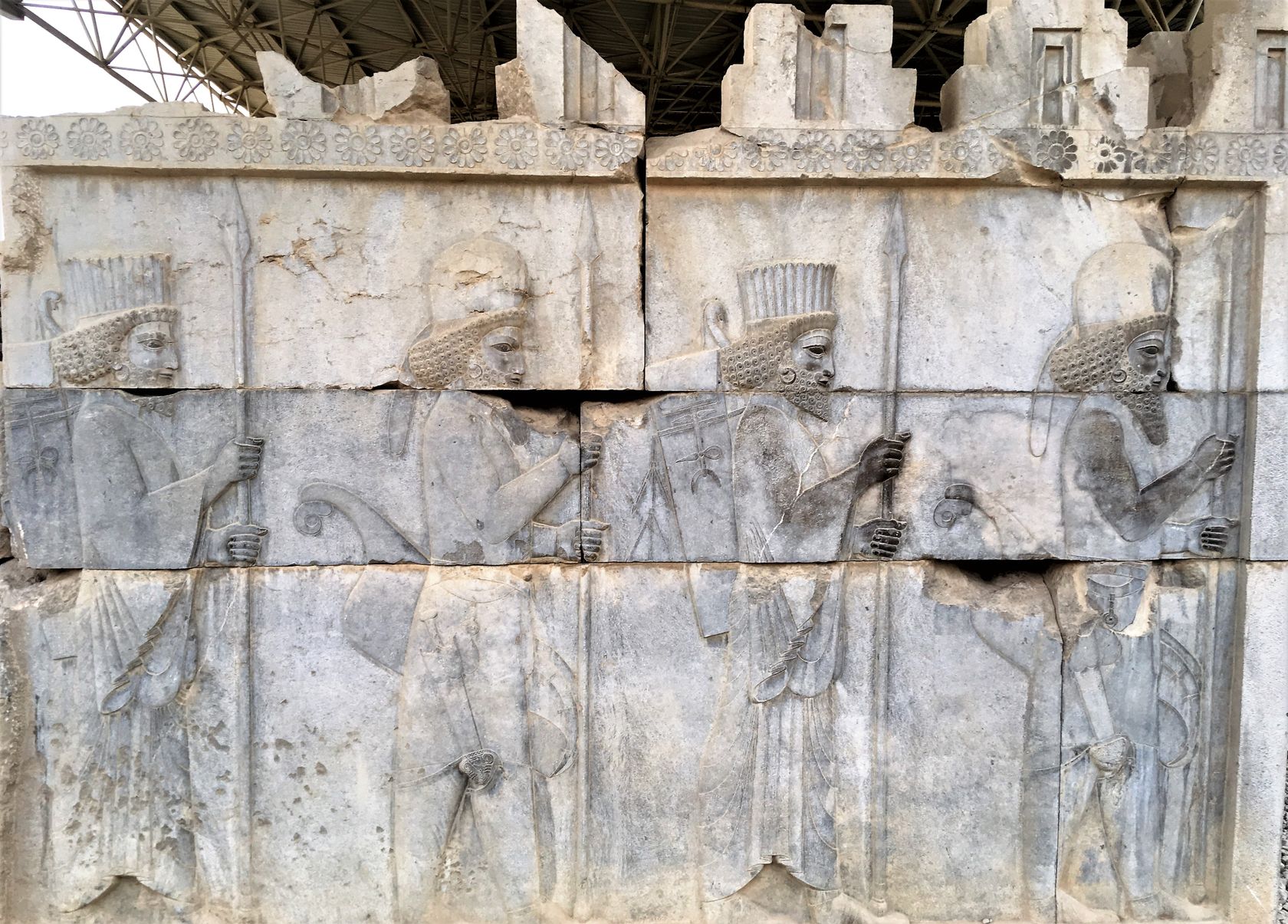 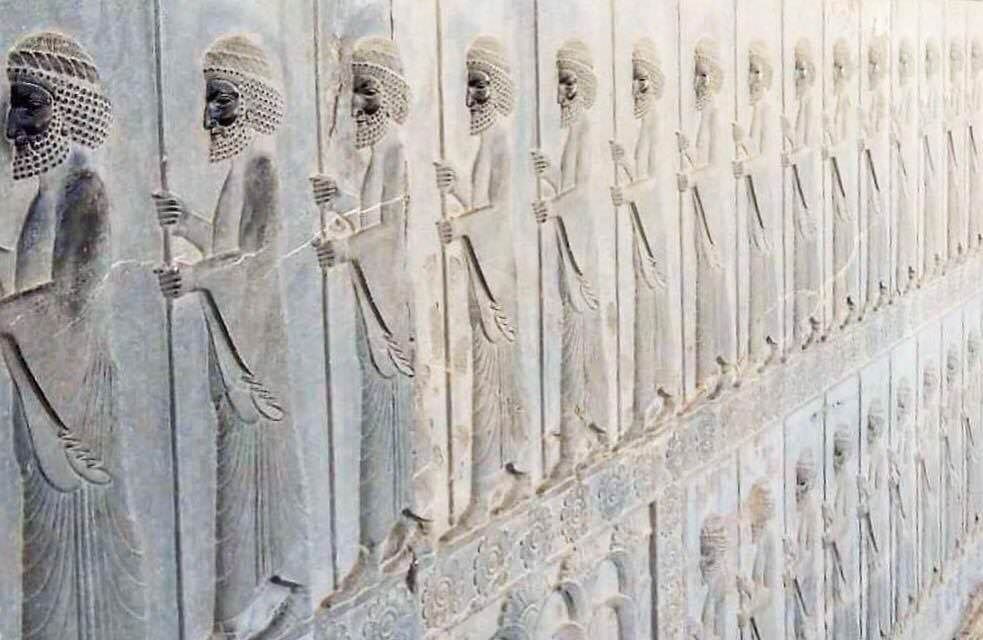 The major palace is known as Apadana. Here you can find the beautiful bas-reliefs of the kings. For example, the above pictures show the details of Mede soldiers in traditional Mede costume. Mede was an ancient Iranian people used to live in northwestern Iran. 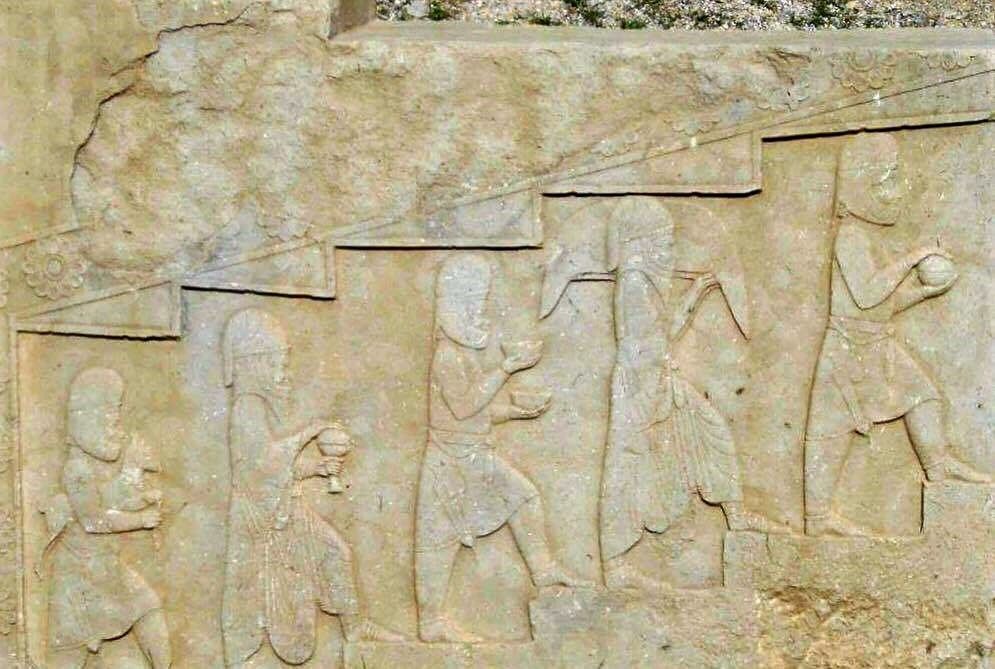 You can find many interesting cravings on the wall, each one telling a story of the past. This one depicts the Armenians was bringing their famous wine to the king. 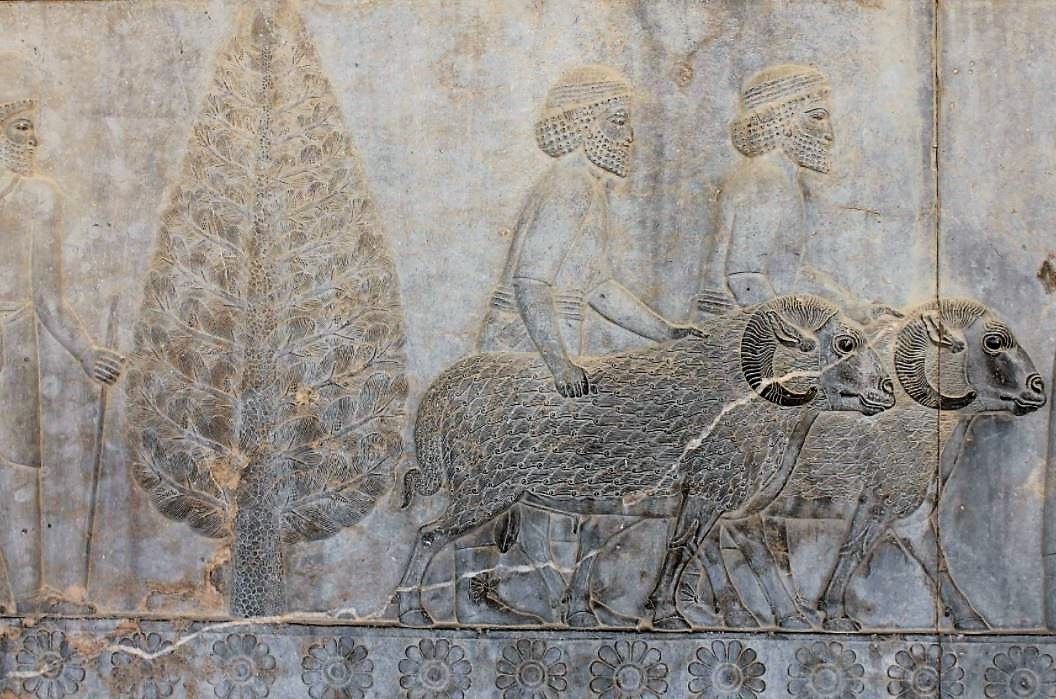 Persepolis Assyrians bringing sheep. Assyrian is an indigenous group in the Middle East. 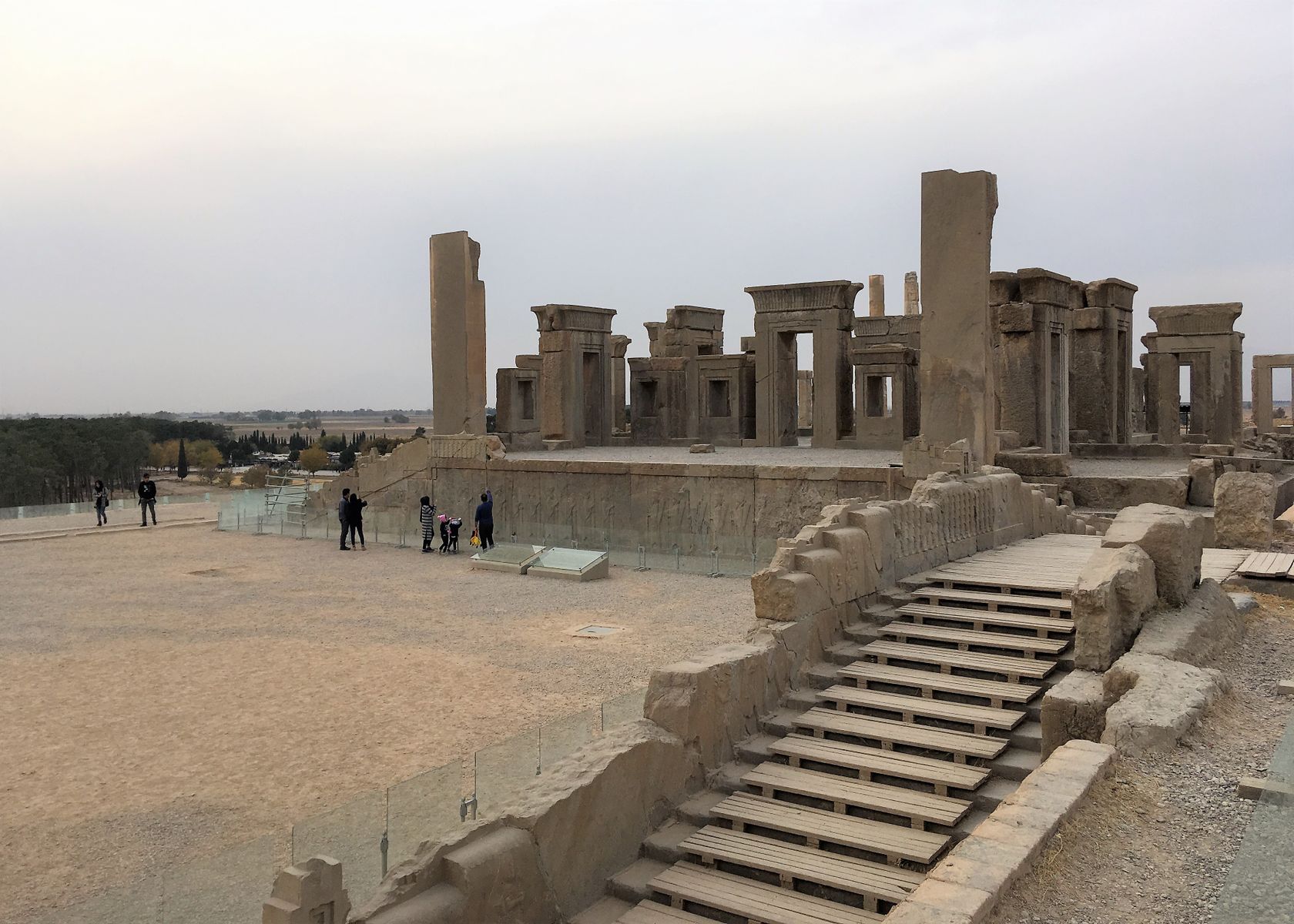 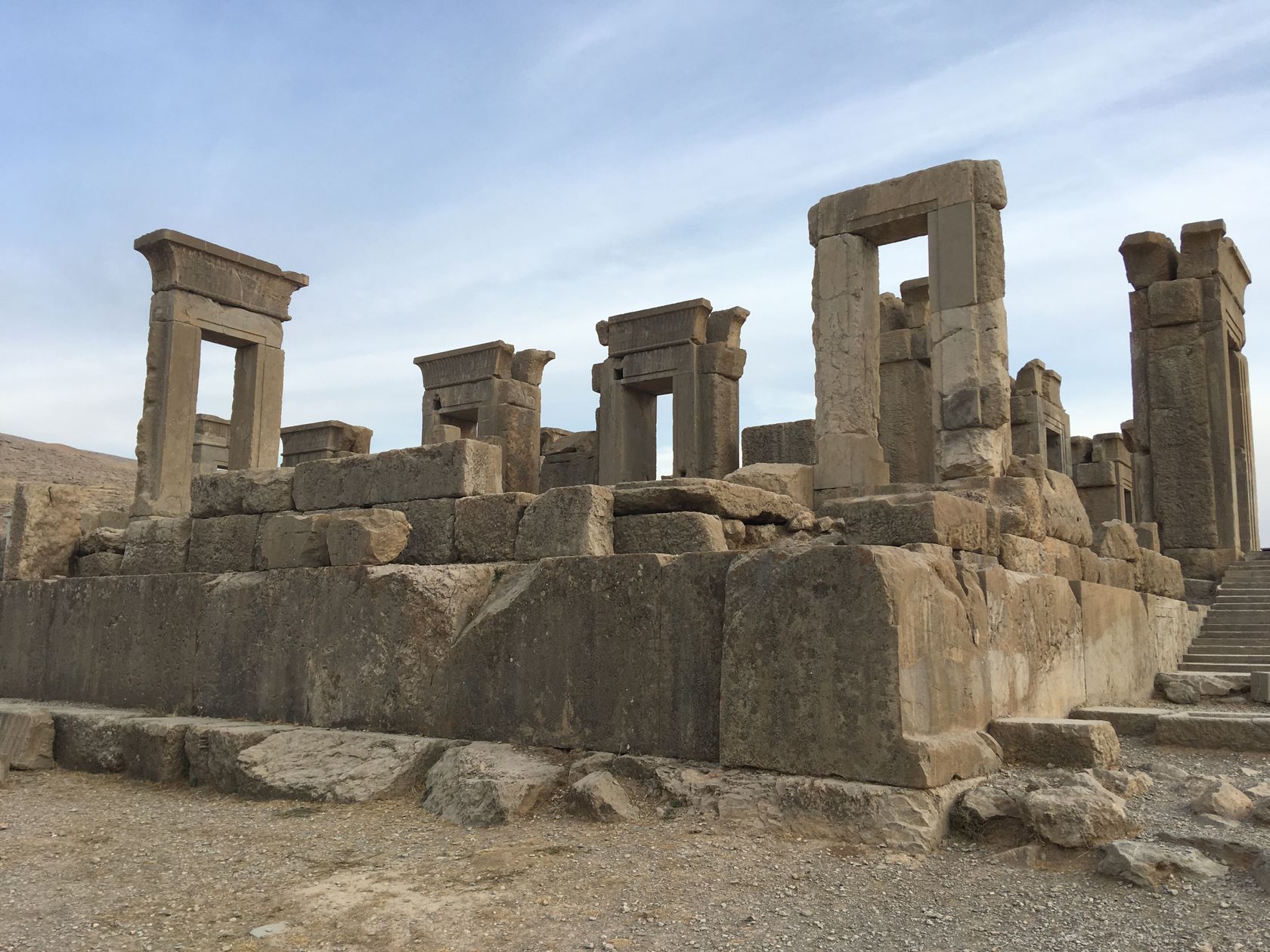 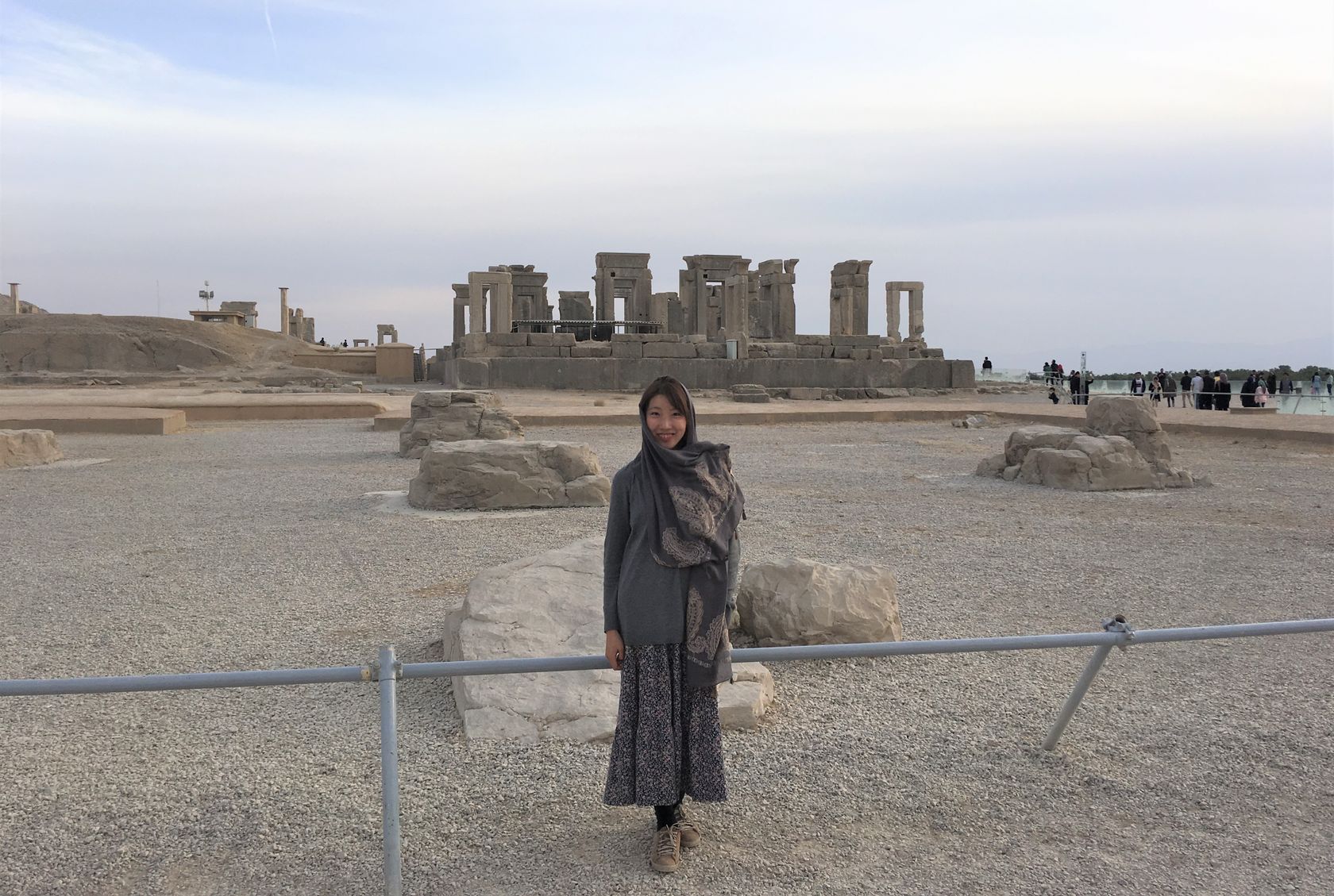 Ruins of the Tachara, the exclusive building of Darius I at Persepolis. 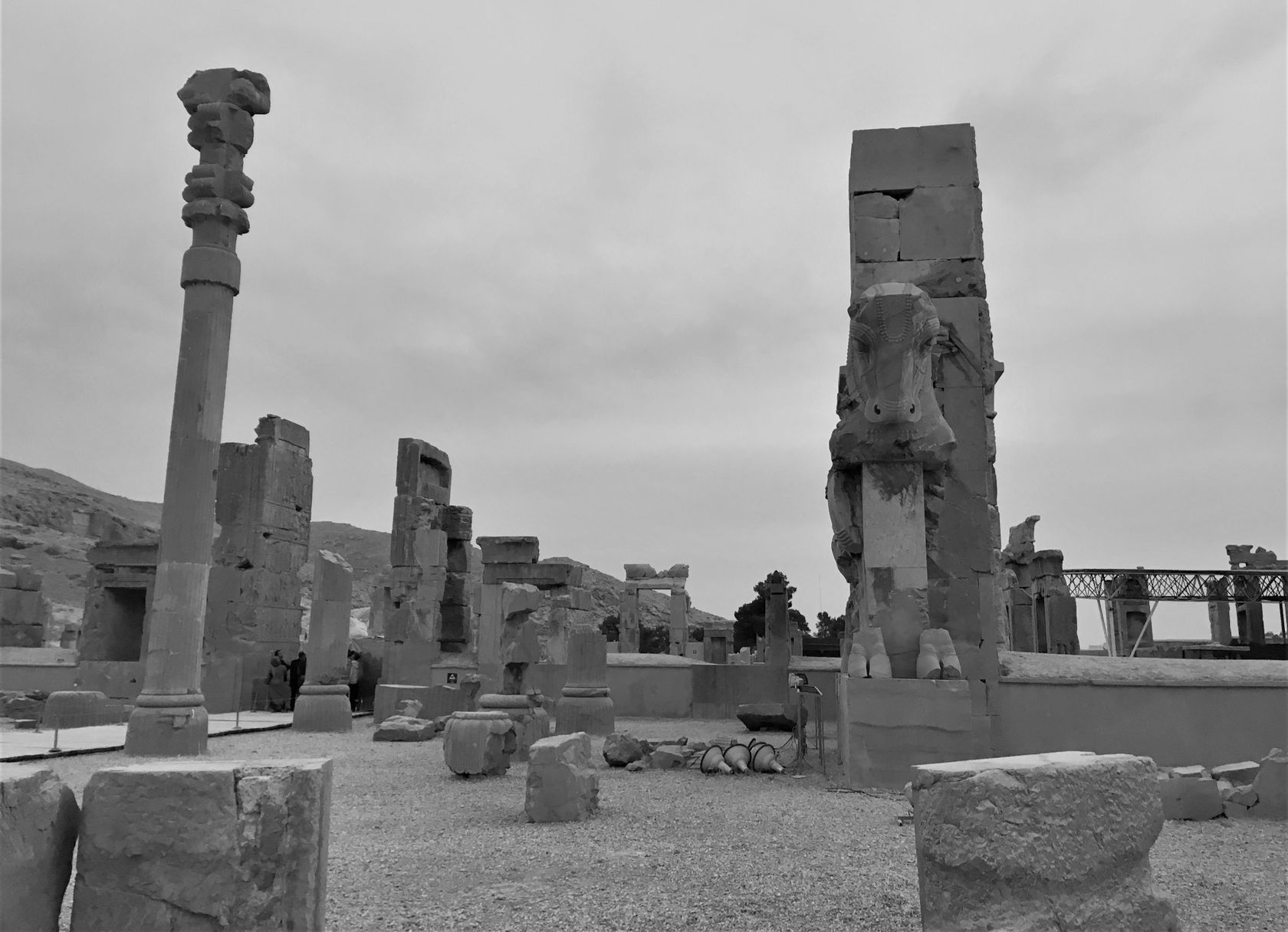 Hall of Hundred Columns where meetings took place back in time. 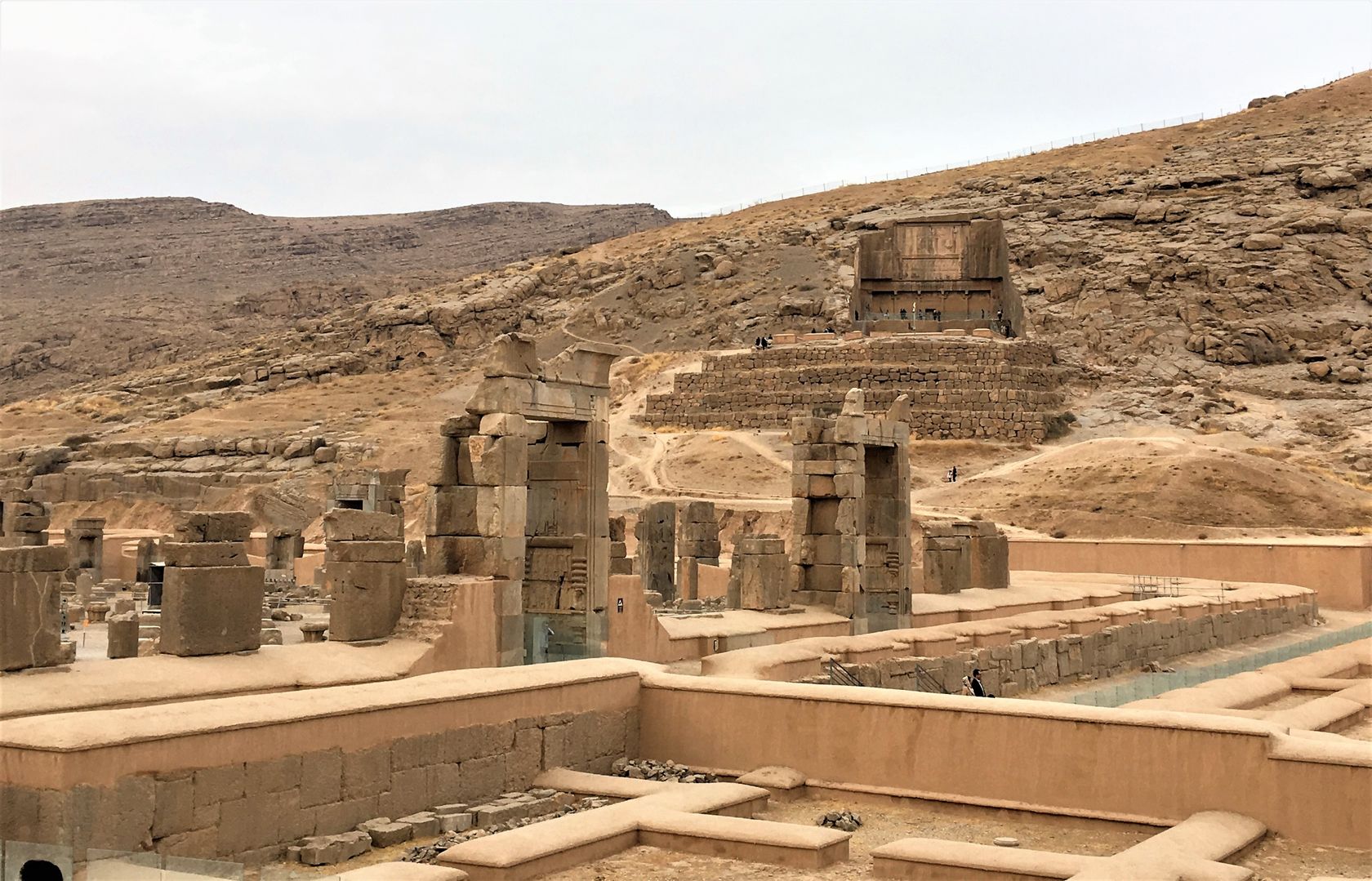 On the top is the Artaxerxes Tomb. Normally you can get a wonderful view of Persepolis from there, but when I finished visiting all the cravings, it was already getting dark so I didn't to there. But make sure you do if you ever go there. 😀 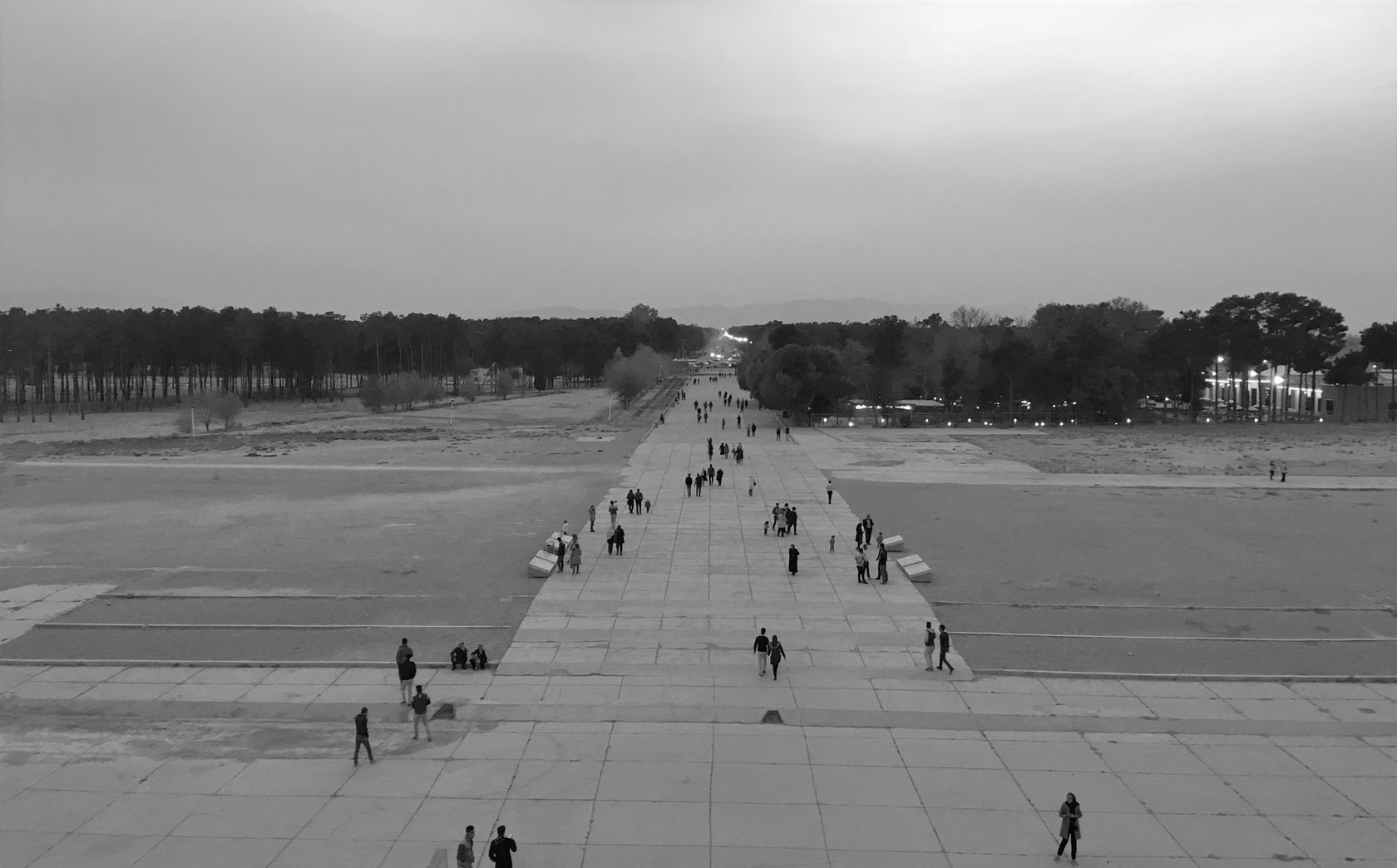 There's so much to tell and share about Persepolis, for now I will keep my post short like this. If you're interested in it, make sure you go visit Iran one day. But do have some preparations if you didn't pay much attention in the history classes at school (like me). Persepolis can be easily visited from Shiraz. It can reached by any tour, taxi or public transport if you hate tours.

Take the 30 minutes minibus ride to Marvdasht, then jump on a taxi, 20 minutes to Persepolis from Marvdasht. Minibuses leave from Karandish Bus Terminal regularly when it gets full.