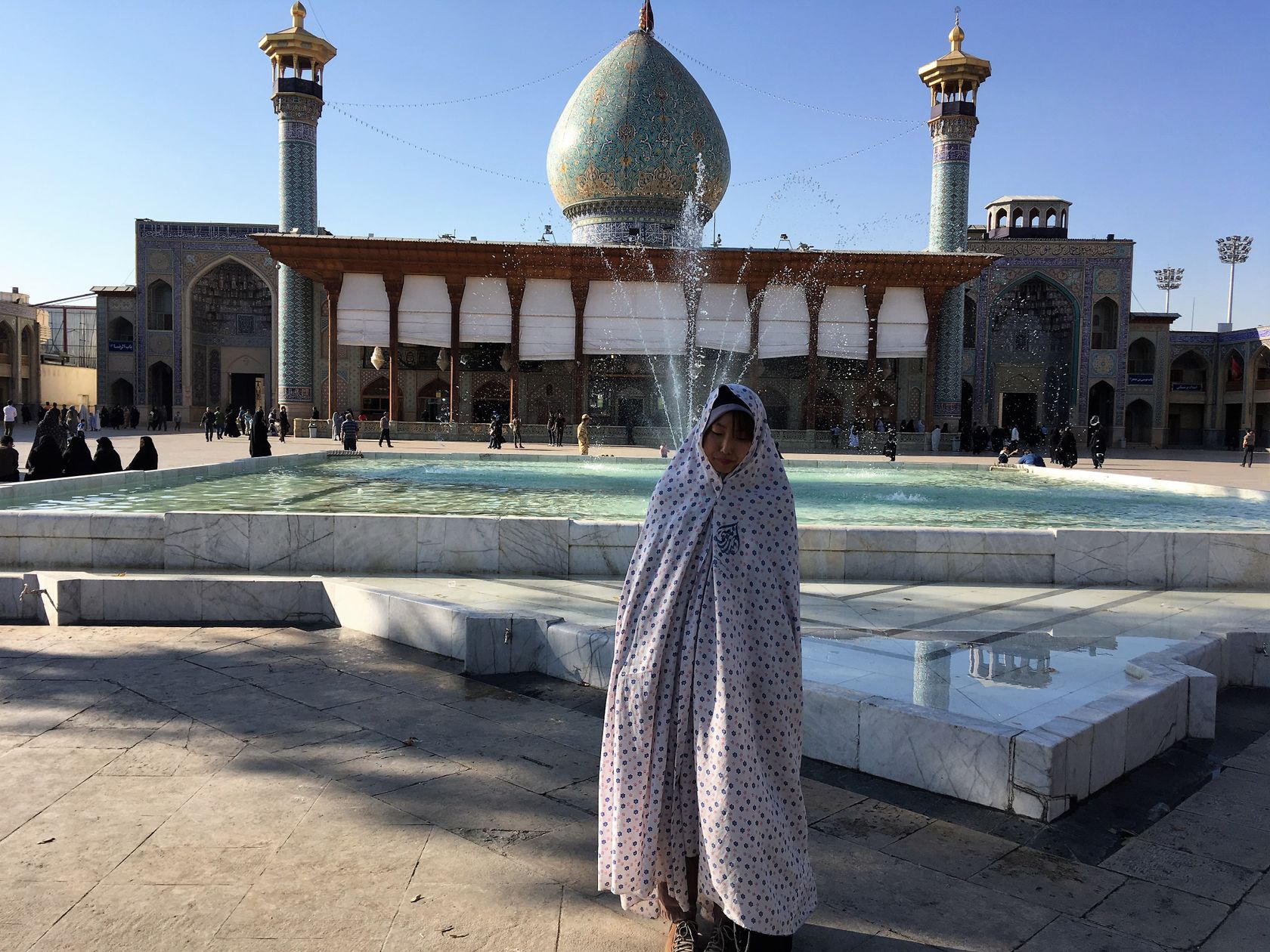 Although the most instagramed spot in Shiraz being the pink mosque "Nasir ol Molk", almost all the locals will tell you to check out Shah-e-Cheragh Shrine (Shrine of King of the Light) when you ask them for suggestions. Inside Shah-e-Cheragh you can find the tombs of Amir Ahmad (brother of Iman Reza) who was killed and now buried there. 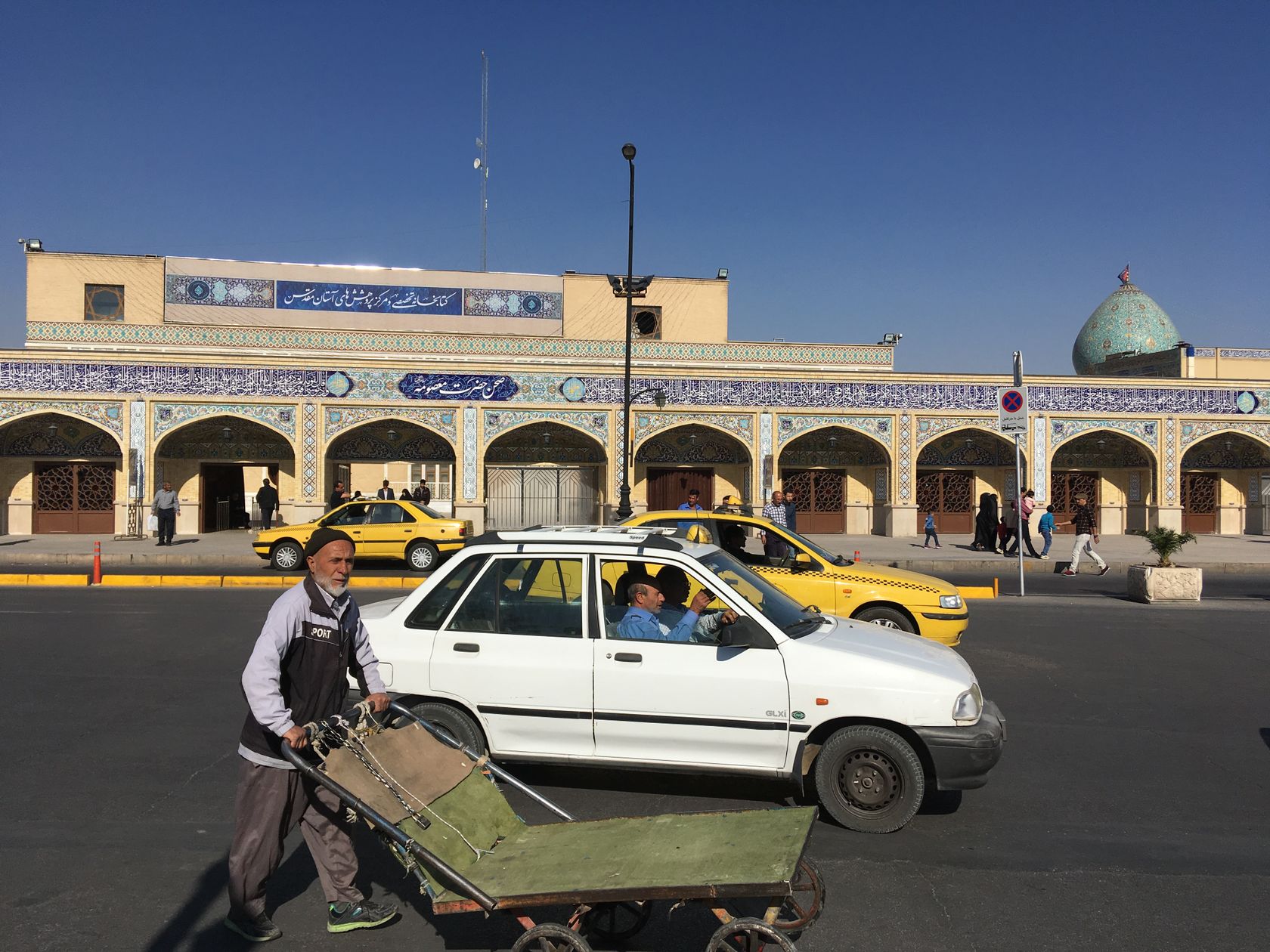 The exterior of Shah-e-Cheragh Shrine is rather simple though. 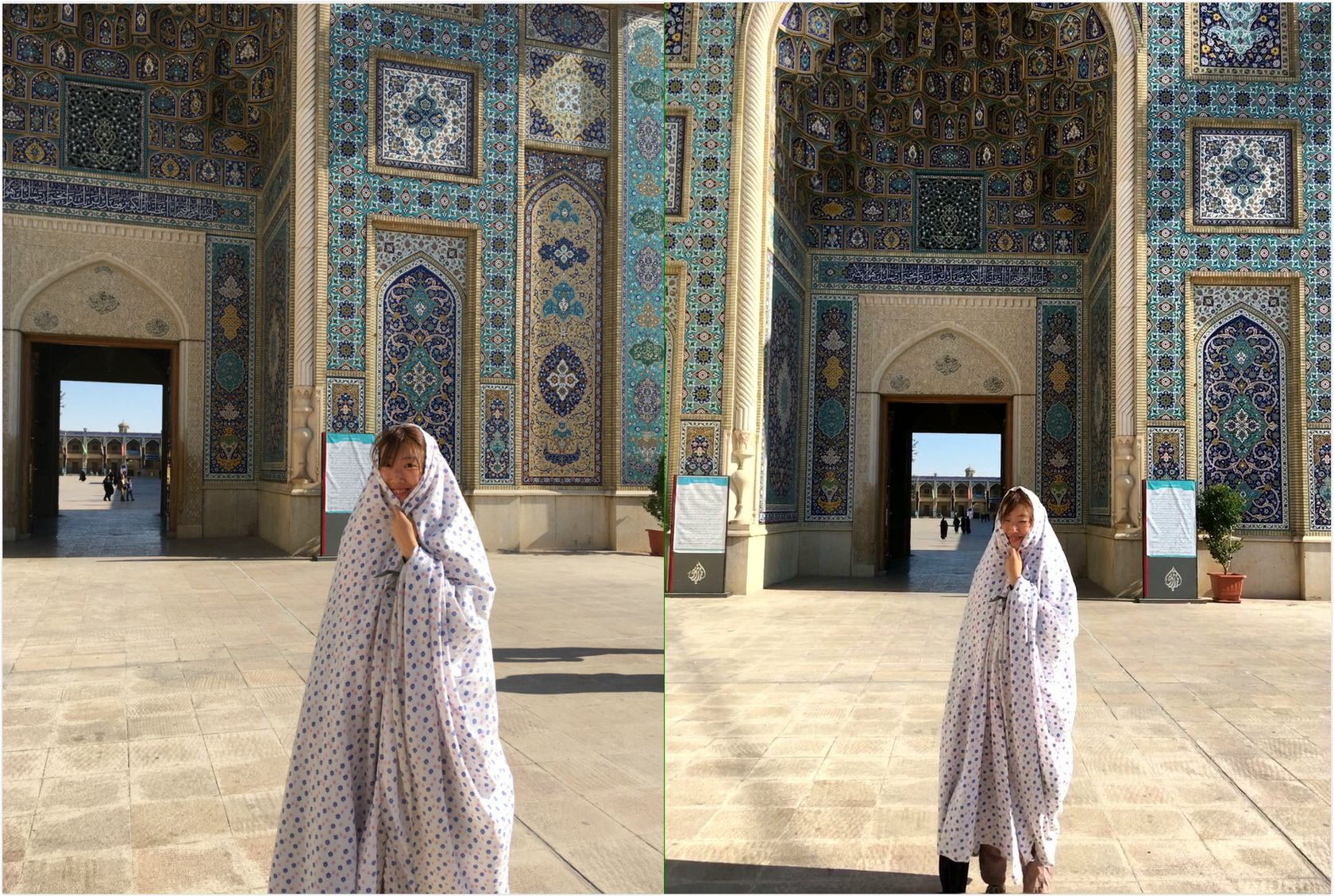 Unlike most historic sites in Iran that would charge for a standard entrance fee of 200,000 Rials, this huge shrine is free of charge. They even offered a English guide who walk you around the Shrine and tell you the story of this place.

To enter the shrine, women have to wear a chador. If you don't have one with you, no worries, they will lend you one. I got a light-colored chador and found it pretty fun to wear. I saw some women wearing those on the street and was always wondering how it feels like wearing it. It wasn't easy at all to walk around with it. Luckily there was this friendly Iranian lady who helped me wear it more correctly so that I don't need to re-put it on every 5 minutes after it went loose again.

Many Iranians I saw there were mainly tourists from other cities, they were mostly with family. I've met a few who really wanted a photo with me in my chador. 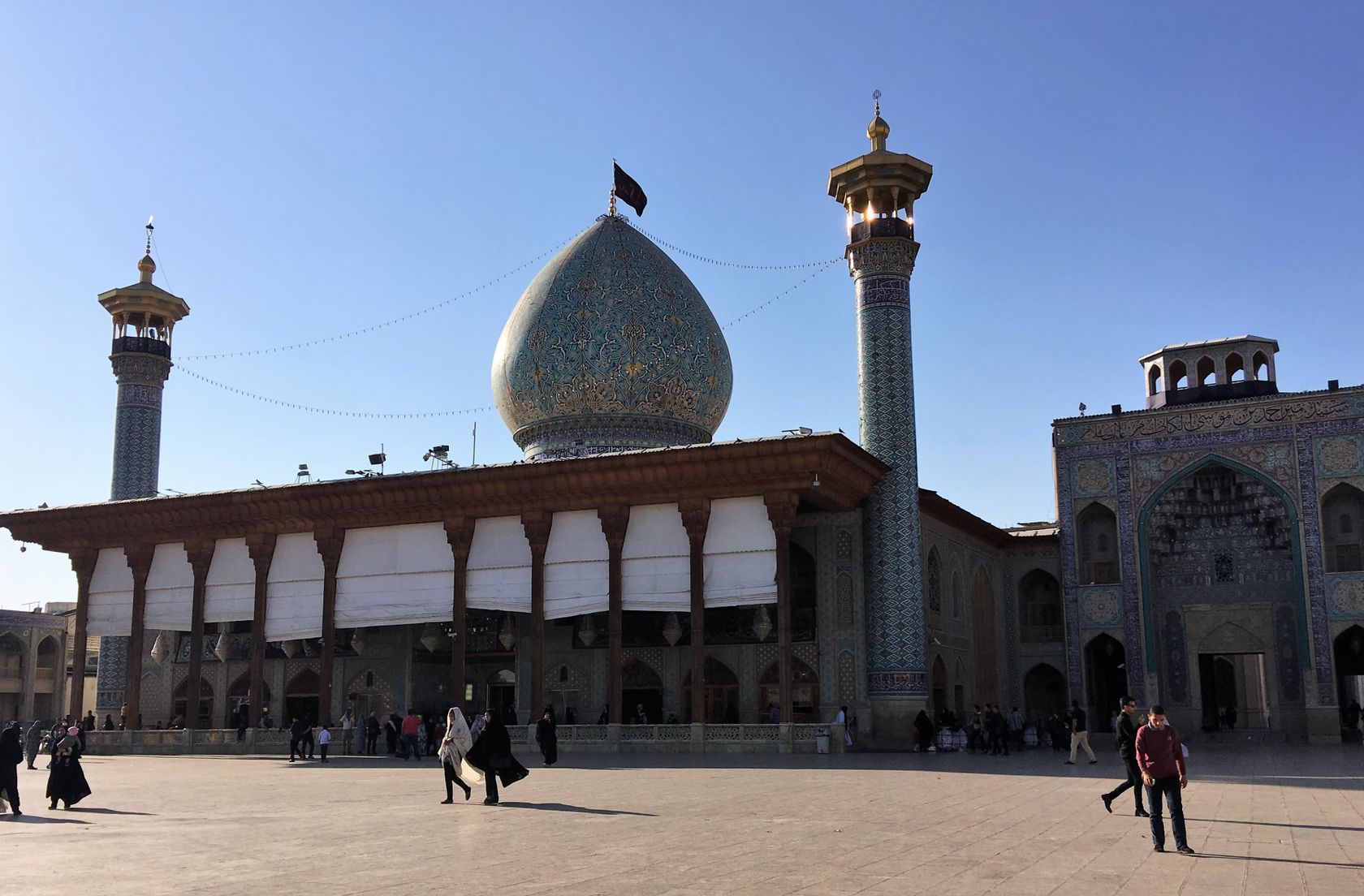 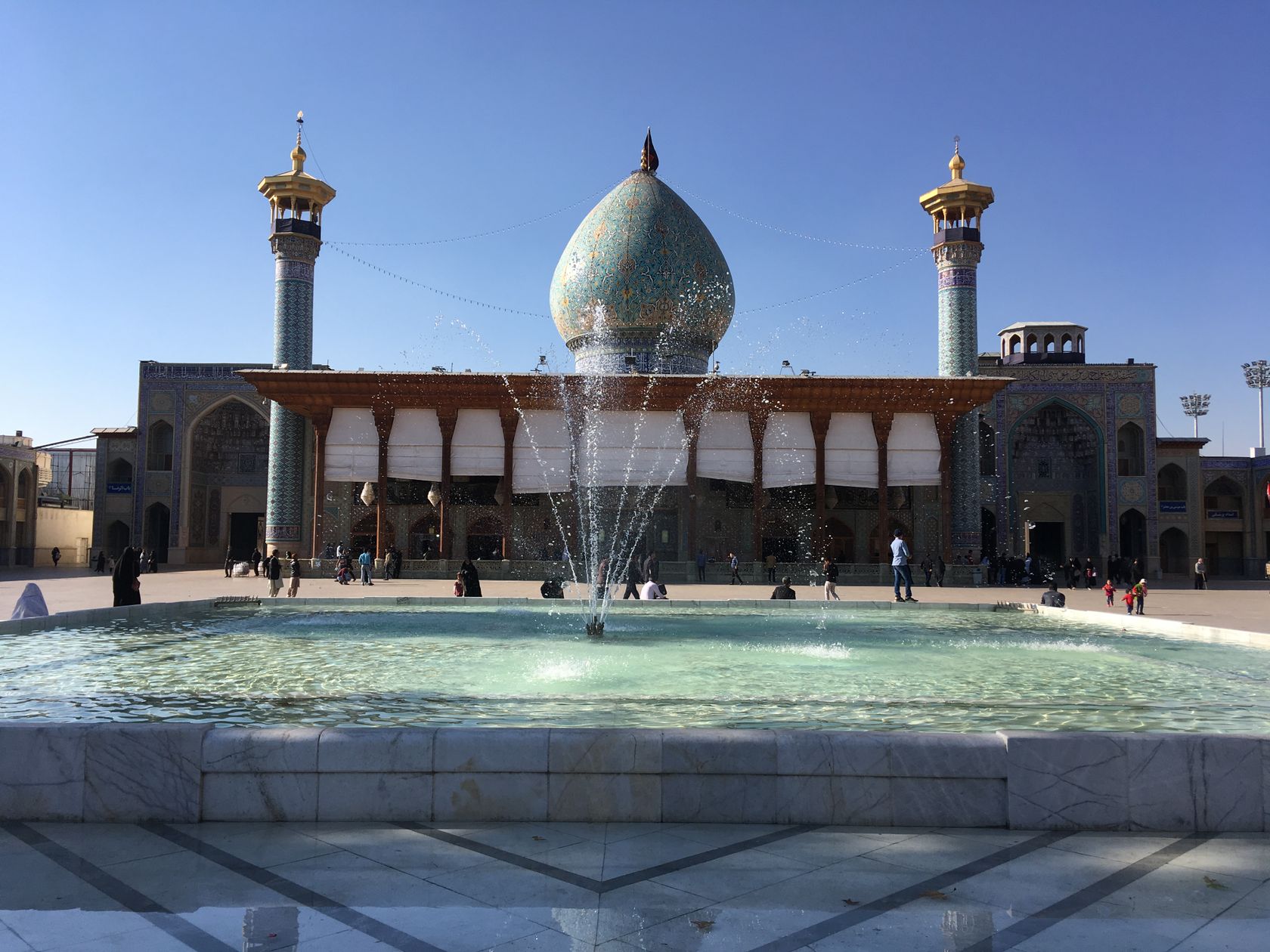 Shah-e-Cheragh Shrine is famous for its massive courtyard where the important Soefi members are buried. And it houses the shiny mirror pray rooms. I wasn't allowed to get inside the prayer rooms as a non-muslim. However I heard fellow travelers that they normally allow you to enter at evening time though. I've seen pictures of the shrine at night, also seems cool with all the lights on.

Still, the yard and decorations were for sure worth visiting themselves. 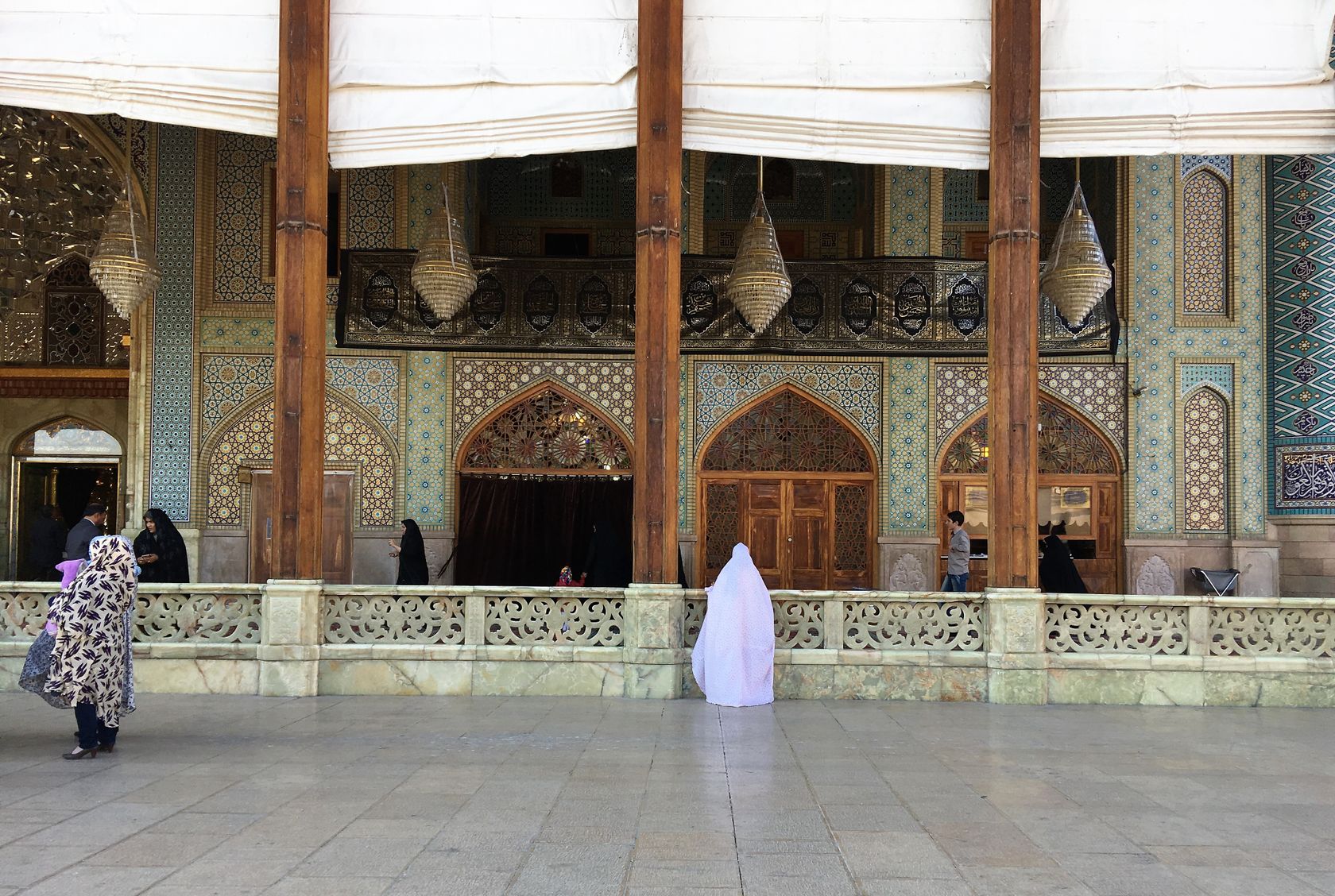 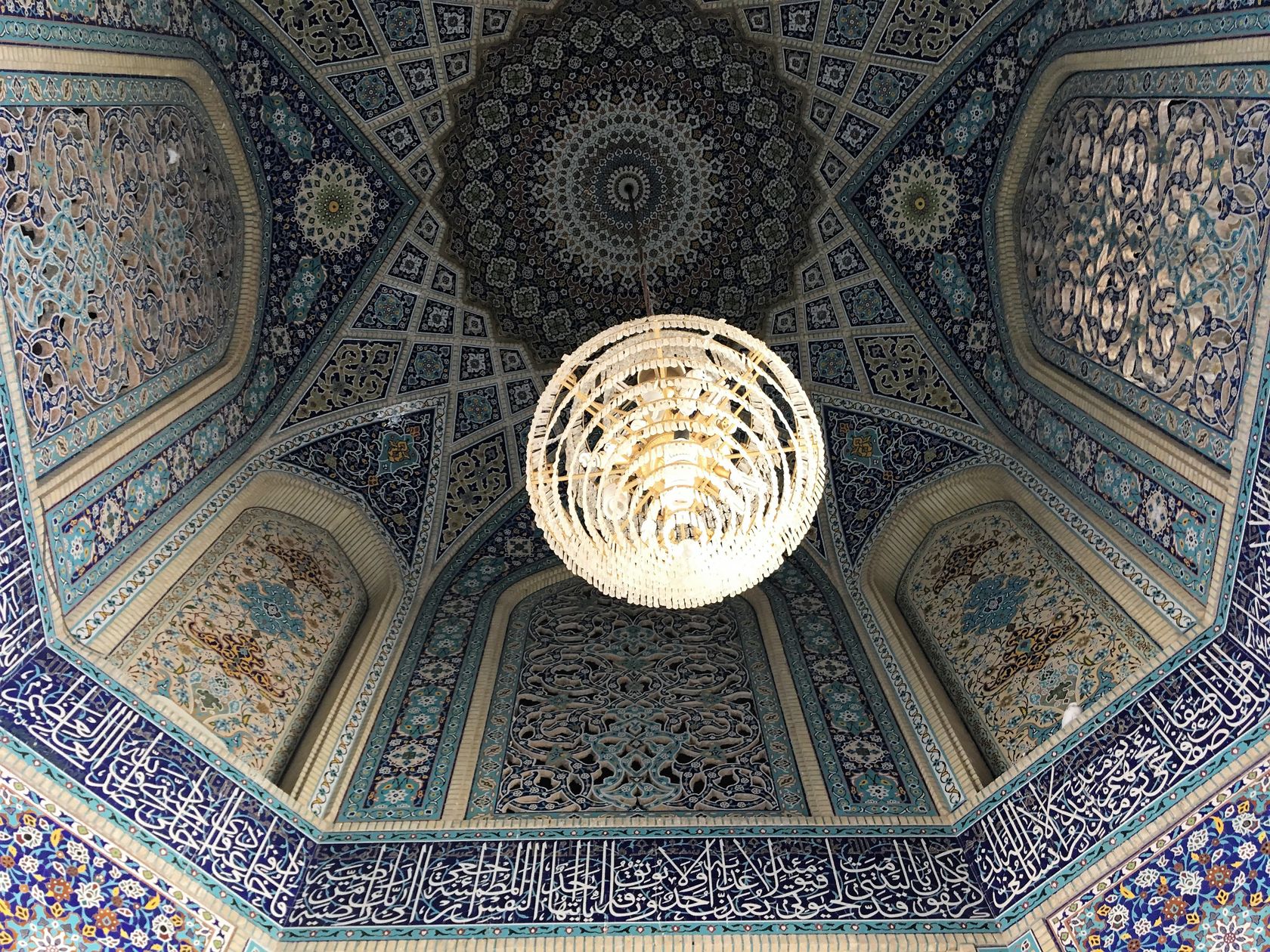 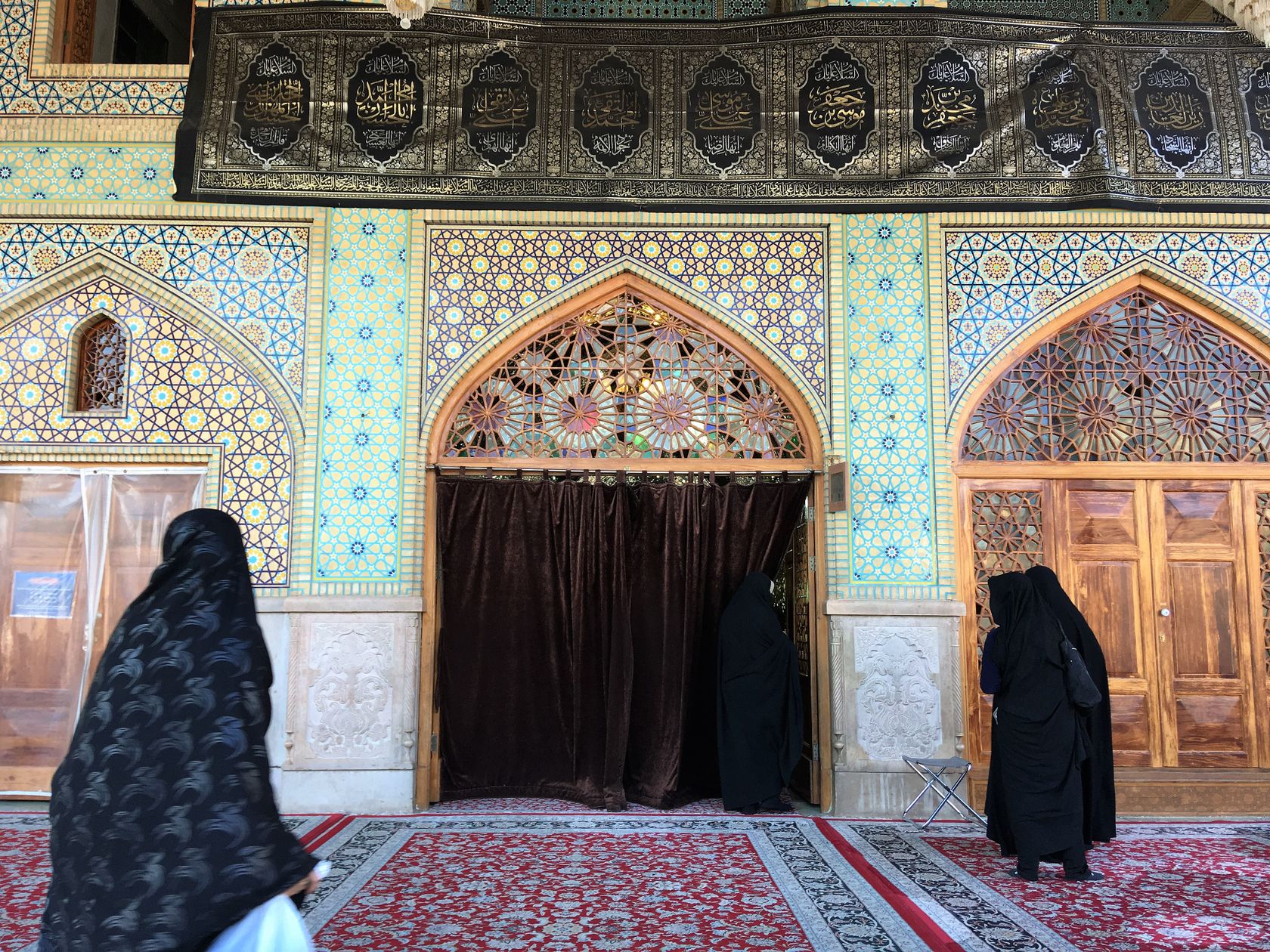 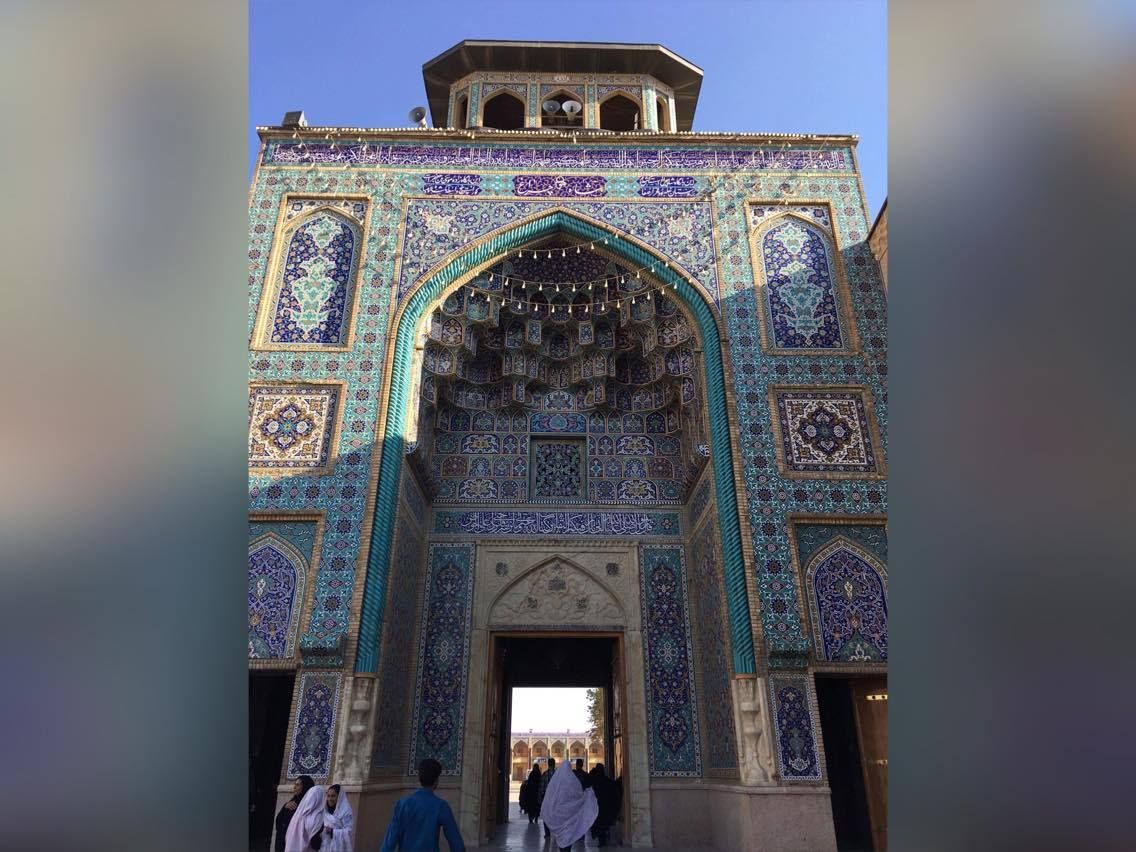 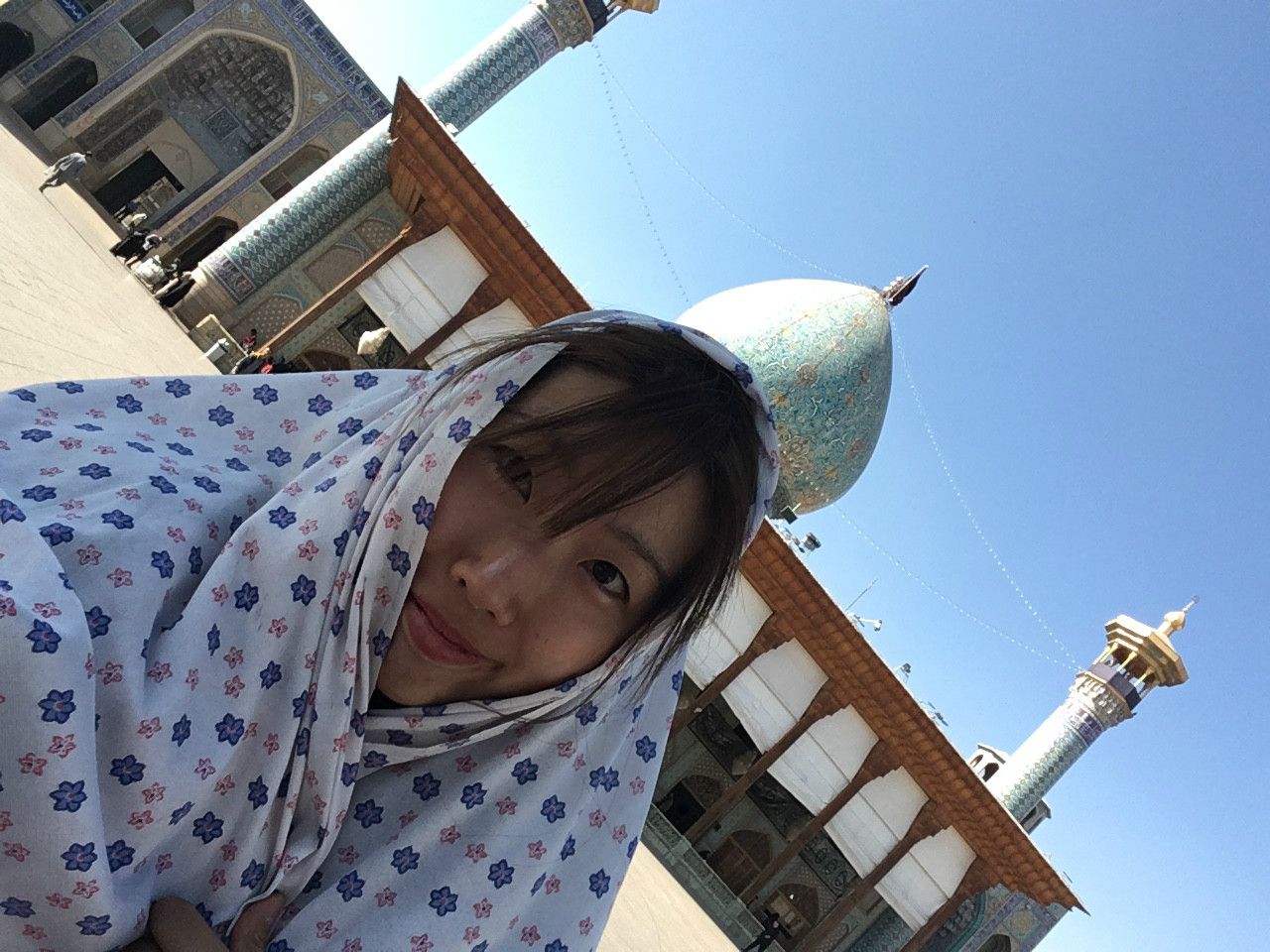