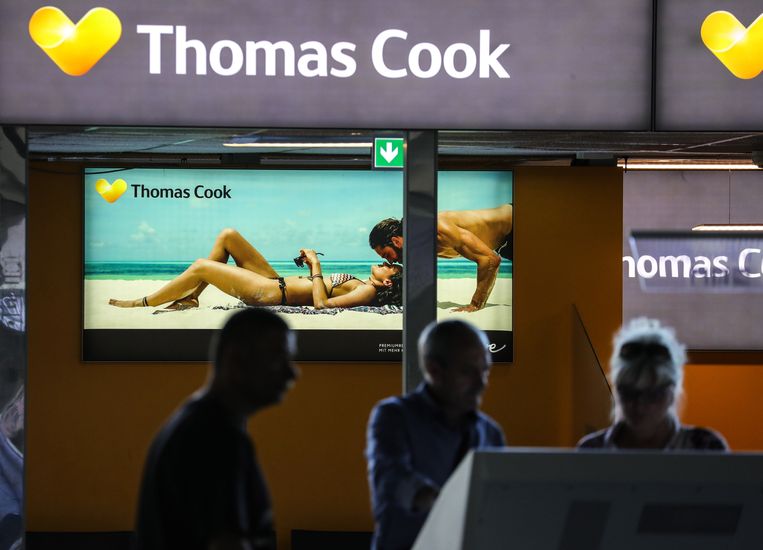 Lately in Belgian media (probably also all around Europe), we hear the a lot the news about UK's Thomas Cook going bankrupt, leaving more than 150,000 people stranded abroad without the ticket back.

Thomas Cook is UK's biggest and oldest package holidays travel agency, it started as a day trip train excursion agency back in 1840s and had been successful through centuries until recent years.  In fact it isn't the first time it suffers from bankrupt crisis, since a few years back the company has already been suffering from financial pressure.

The end of the long going"package holidays" era?

Although younger generation often think it's silly to book a trip through such tour agency, while we could book everything online nowadays. Still 50% (surprisingly?) of Belgian book their yearly holiday with tour agency, believing that they can get better value and extra ensured when booking with traditional TA. If you go to Spain's Eastern coast, there is this town called Benidorm, a popular destination for Belgian package tourists. How popular? Some bars there even play Flemish music.

Yet, traditional TA is facing competitions from the internet (OTAs), package pricing is no longer a secret, TAs as middlemen seems more and more redundant. Even those who enjoy package holidays are getting more and more used to booking their hotels and flights online.  In fact, package holiday became a thing in the year of 40s and 50s last century, as a means of relaxation when people started to have more paid holidays back then.  Throughout decades, with the increase in paid holidays and heavy decrease in the weekly working hour, traditional pre-defined "Sea Sun Sand" package is losing their popularity.

Nowadays people can no longer be satisfied with the traditional "3S" holidays. Thomas Cooks falling is no surprise.

Where is the future tourism industry heading to? Polarisation into two directions: a more unique personalised luxury (can be but don't even have to be) experience or extreme budget travel. Those stuck in the middle are about to suffer if they don't change their business structures and plans.

Emirates is dong great, but budget air like Ryanair is also doing not bad.

AirBnB experiences aren't of the most value but people buy it. I'm no big fan of it myself, as I would local for me also means local price for me. But I don't represent everyone, I have way more free time (and less money ^^) than most people. People nowadays pay for get a hassle-free local experience. Probably you can find many examples of such.

Thomas Cook's bankruptcy actually made me feel positive about the general world tourism scene. Sorry if sound so heartless as many will probably lose their jobs. But I'm certainly no supporter of package holidays and traditional TAs.

When I studied tourism at uni, I often feel depressed about how tourism is all around the world, a lot of my classmates graduated and went to work in the traditional tourism industry but I quit the study instead. I feel tourism should even be an industry. We speak different languages, have different etiquette, but that doesn't mean when you are in another land, you should feel entitled to be treated as "tourists", offered similar food , similar comfort as you are at home?

Probably enough rambling for now. I'm only going further and further of the topic if I continue. Feel free to share your thoughts.